Here is the latest News From the World of Disney parks and entertainment including Walt Disney World, Disneyland and Disney Cruise Line for April 20 – May 4, 2018.

April 30 – The Walt Disney Company and Twitter announced they have reach an agreement to create live content and advertising opportunities from across the entire Disney portfolio on the Twitter platform. (Link)

April 22 – Disney’s Animal Kingdom celebrated their 20th anniversary with a Party for the Planet.

April 22 – The Disney Star Wars Half Marathon – The Dark side was won by an Olympic qualifier and a Brazillian. Brittany Charboneau, 29 of Denver, won the women’s division in 1:21:39. Two-time Disney World Marathon runner-up Vanilson Neves of São Paulo, Brazil, was the top men’s finisher in 1:09:55. (Link)

April 22 – A new 25-minute stage show features Senior Wilderness Explorer Russell and his furry friend Dug, from the Disney•Pixar animated film “UP,” premiered at Disney’s Animal Kingdom as part of the 20th anniversary spectacular. During the show, Dug and Russell discover bird species from around the world.

April 22 – The 4.2-ton Pandora Utility Suit made its debuts at Pandora – The World of Avatar at Disney’s Animal Kingdom as part of the park’s 20th anniversary celebration. The suit, which is ten feet tall, has a human pilot who controls articulated hands and walks through the park while teaching Guests about the advantages of preserving nature.

April 24 – The performers for the annual Eat to the Beat concert series have been announced. While there are many returners from previous years, there are some new performers this year as well such as Sheila E., Glass Tiger and 98 Degrees. (Link)

April 28 – Legendary Disney Imagineer Bob Gurr, during a taping for a documentary called Walt Disney: Masters of Dreamers. confirmed that new monorail trains are on the way to Walt Disney World. (Link)

May 2 – The specially ticketed “Disney After Hours” dates for 2018 have been announced. This summer the selected dates will begin June 28 and conclude September 20. The cost for this event is $119 for advance purchase and $124 for the day of the event. (Link)

May 2 – Disney released a ride-along video for the Slinky Dog Rollercoaster at Toy Story Land at Disney’s Hollywood Studios.

May 3 – There are new babies at Disney’s Animal Kingdom. Two female Grevy’s zebra foals are bonding with their moms in a backstage area and will join the rest of the herd sometime this summer. (Link) 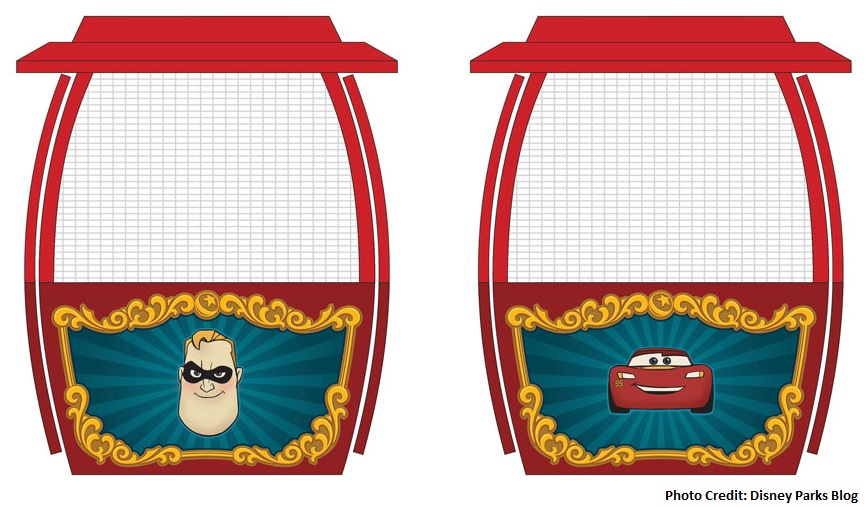 April 27 – “Stars Set Sail” is returning to Disney Cruise Line. Performers from Disney Theatrical Productions will be on select sailings beginning on the May 13th Disney Magic sailing through the December 29th sailing on the Disney Fantasy. (Link) DPB

April 24 – It appears that young Han Solo could be getting two more movies… that is assuming the Solo: A Star Wars does well at the box office.  (Link)

May 1 – The newest Ant-Man and the Wasp trailer was released.