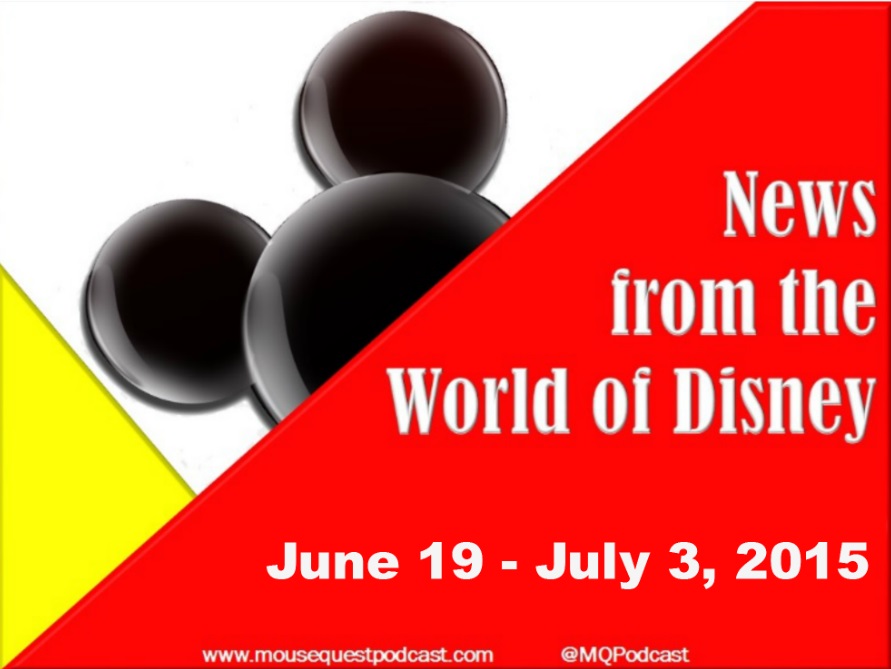 June 19 – Starbucks is now open in Disney’s Animal Kingdom. Offering its staple menu of coffee and espresso beverages, this location will also donate a portion of their proceeds on the sale of each Flat White Latte to help preserve the cotton-top tamarin in Columbia. (Link)

June 21 – Any questions about Disney’s bump in the road with the release of “Tomorrowland”, were answered with a resounding ‘so what’ as their new movie “Inside Out” raked in $91.06 million in its opening weekend. Add this to the overseas take of $41 million and you get a gargantuan $132 million weekend. For those keeping count this is the biggest opening week EVER for an original, non-sequel, non-sourced movie. (Link)

June 22 – When the 2016 Walt Disney World vacation packages were released this week they included a few new changes such as four mini golf vouchers instead of two, four vouchers for ESPN Wide World of Sports and discounts at Splitsville Luxury Lanes were reduced to 10% from 20%. The terms and conditions saw some tweaks as well. (Link)

June 23 – The Candlelight Processional Dinner package prices have been released for 2015. However, booking for the dinner package is slated for later this summer. (Link) 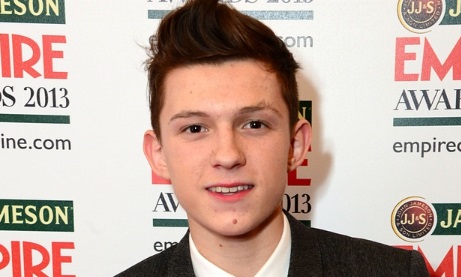 June 23 – After a world-wide search we now know the star and director of the new “Spider-Man” movie. The star will be 19-year-old Tom Holland playing the part Peter Parker/Spider-Man and the director will be Jon Watts. The estimated release date for this movie will be July 28, 2017. Holland will actually make his first appearance as the webbed-wonder in “Captain America: Civil War” set for release in 2016. (Link)

June 23 – Fans of Pocahontas can now greet her at the Discovery Island Character Landing at Disney’s Animal Kingdom. (Link)

June 24 – A California man is suing Disneyland because they cancelled his Club 33 membership. One of the original members of the club, Joseph Cosgrove, 84, was terminated after a friend of his allegedly auction off passes to the exclusive club. He claims he has no knowledge the auction of his passes was taking place. A spokeswoman for Disneyland said this was not Mr. Cosgrove’s first offense. (Link)

June 24 – California Screamin’ attraction at Disney’s California Adventure was closed for approximately one hour after a guest pulled out a ‘selfie stick’ while the ride was in progress. (Link)

June 25 – Captain EO will be back on the schedule at Epcot beginning July 19. (Link) 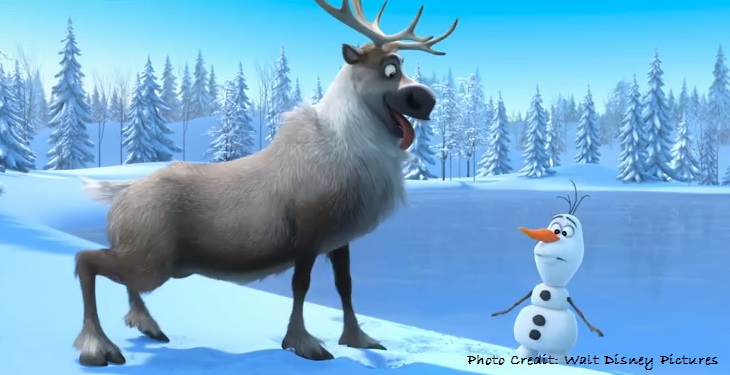 June 25 – Disney has settled the copyright infringement lawsuit over the “Frozen” trailer which bore many similarities to the short film “The Snowman”. While no details of the settlement were release, this gives Disney the ability to continue with their planning of the “Frozen” sequel. (Link)

June 25 – The Walt Disney Company received a prestigious award from the Department of Defense. Disney was awarded, along with 15 other recipients, the 2015 Secretary of Defense Employer Support Freedom Award given to employers who support the National Guard and Reserve employees. (Link)

June 26 – Several weeks ago it was announced that Jay Rasulo, Disney’s CFO, was stepping down. According to SEC filing, Rasulo will stay with The Walt Disney World Company as an ‘advisor’ at his current salary. (Link)

June 26 – After events at Disney’s California Adventure earlier this week, Disney Parks are now completely banning ‘selfie sticks’. Starting on June 30 Disney Parks world-wide are banning selfie sticks from their parks. I have two words for this… THANK GOODNESS! (Link)

June 29 – The Magic of Disney Animation is closing on July 12. A Disney World spokeswoman said work is underway for a new experience in that location. (Link)

June 29 – If you weren’t wasting enough time on your phone playing Frozen Free Fall or creating pictures of yourself as Maleficient in the Disney Side app, there is a new app called Disney Gif to help fill the void. Disney Gif is a keyboard add-on which allows you to attached gifs and emojis to your messages and emails. (Link)

June 29 – Disneyland is proposing a $1 billion dollar expansion which will include new attractions, parking and infrastructure. In return for this boost to the Anaheim economy, Disneyland wants to extend their abatement of admissions tax for the next thirty years. The Anaheim City Council will vote on this abatement at their July 7 meeting. (Link)

June 29 – As quick as they came, they are now gone. The ‘Match The Species’ treats which resembled animal droppings will no longer be offered in Zuri’s Sweets Shop in Harambe Market at Disney’s Animal Kingdom. (Link)

June 30 – The rash of closings around Walt Disney World continues as DisneyQuest, Disney’s indoor interactive theme park, is the next victim. It is closing to make way for the new NBA Experience. (Link) 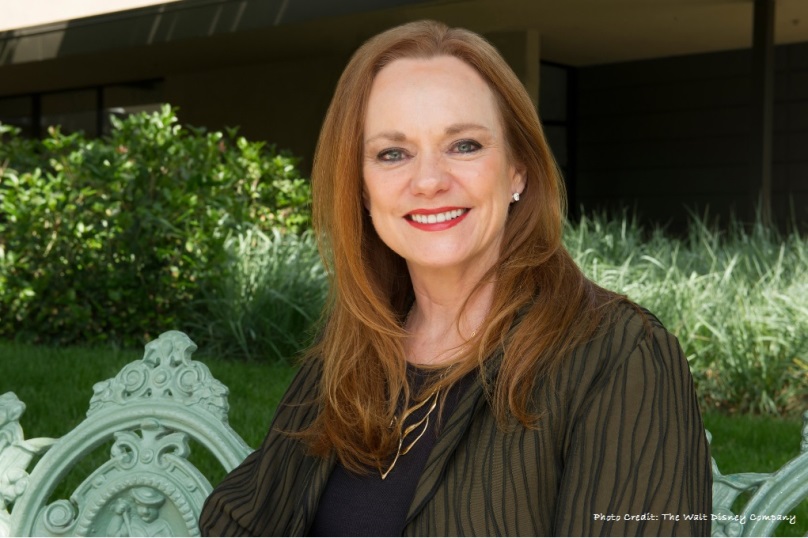 June 30 – The Walt Disney Company has named Christine McCarthy as the next Chief Financial Officer, succeeding Jay Rasulo. McCarthy was formerly Disney’s treasurer. They also promoted Kevin Mayer to the newly-created position of Chief Strategy Officer with roughly the same job duties which include identifying growth opportunities. Mayer was integral in the acquisitions of Lucasfilm and Pixar. (Link)

July 1 – Disneyland is asking their guests so dress like it’s 1955 when they come to the park on July 17th which is the actual 60th anniversary of the park. (Link)

July 2 – Beginning on July 8 Disney’s Contemporary Report will host Disney Family Culinary Adventure. During this hands on experience guests will create a five-course dinner alongside Disney chefs. The cost is $175 for adults and $125 for children ages 9-12. (Link)

July 2 – I want to preface this by saying this is purely RUMOR but a really good one. This blog claims that there are plans afoot to announce the rebranding of Disney’s Hollywood Studios to Disney’s Hollywood Adventure at the D23 conference in August. This plan is said to come with a $3 billion overhaul of the park. (Link)

July 3 – Rumors are rampant that One Man’s Dream, a look at Walt Disney’s life, is closing. Disney fans around the world have started to rally to keep this iconic attraction open. A Change.org petition has started and already has nearly 6,000 signatures. (Link) 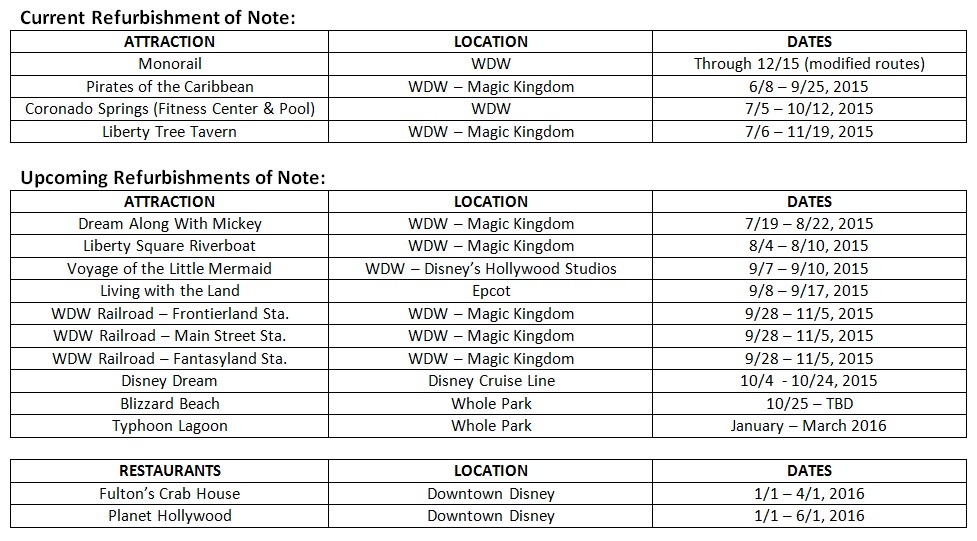