April 13 – The BOATHOUSE restaurant made its debut in Downtown Disney. While this restaurant is said to have a stellar menu of steaks, chops and fresh seafood, the major draw will be the Amphicars. (Link)

April 14 – Adventures by Disney has introduced riverboat cruising to their line-up of worldwide adventures.

April 14 – With the prevalence of food allergies growing exponentially, Walt Disney World and Disneyland have been introduced new allergy-friendly menus. The menus will be introduced in the signatures restaurants on April 14 with other table-service and quick-service locations join in through September. (Link)

April 16 – It’s a big day for Star Wars fans. The second ‘Star Wars: The Force Awakens’ trailer was release to MUCH anticipation.

April 16 – A West Virginia woman filed suit against the Walt Disney Company claiming Disney implanted her with a rubber chip which she called a “D-Chip”. The women, representing herself, went so far as to claim she had gathered “intelligence” supporting her claim. She has since dismissed the suit. (Link)

April 17 Dockside Margaritas is now open at Downtown Disney. This waterfront margarita bar will not only serve signature drinks such as the Orange Grove Run Runner, Florida Citrus Squeeze and the Habanero Lime Margaritas, it will also serve craft beers such as Orange Blossom Pilsner and Cigar City Jai Alai IPA. (Link)

April 18 – The Sounds Like Summer concert series announced its line-up of acts for the coming summer. The acts this year include tributes to Journey, U2, Billy Joel, Boston, Pat Benatar, the Bee Gees and the Eagles. (Link) 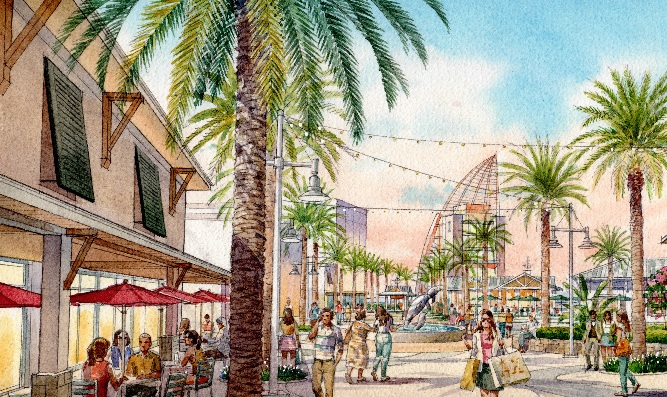 April 20 – “LIVE with Kelly & Michael” is ‘GOING TO DISNEYLAND’! The pair will be joining the Disneyland Diamond Celebration. The air dates of the shows will be May 18-22, 2015! While there are no tickets left for these taping, you can put your name on the waitlist at LIVEKellyandMichael.com. Some of the show guests planned for the week are Dwayne Johnson, “Scandal” star Scott Foley and Jimmy Kimmel. (Link)

April 21 – Walt Disney World is testing bus routes between the Magic Kingdom and Disney’s Wilderness Lodge and the Campsites at Disney’s Fort Wilderness Resort. This route will take place daily from 4:00pm – 11:30pm for four weeks. This is a great option for guests spending their day at the Magic Kingdom and want to attend the Hoop-Dee-Doo Musical Revue or Mickey’s Backyard BBQ. (Link)

April 21 – The cast of ‘Beauty & The Beast’ is going to be a star-studded affair. Already cast in this live action remake are Emma Watson as Belle, Josh Gad as Le Fou, Ian McKellen as Cogsworth and Audra McDonald as Garderobe. Two recent cast additions are Ewan McGregor as Lumiere and Stanley Tucci as a new character called Cadenza, described as a neurotic maestro grand piano. (Lumiere/Cadenza) 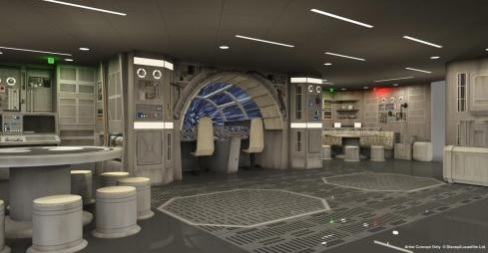 April 21 – The Disney Dream is getting some fun new experiences for children taking advantage of the Disney’s Oceaneer Club. Star Wars: Millennium Falcon and Disney Infinity Toy Box will make their debut on the October 26 sailing. They are also adding Vanellope’s Sweets & Treats, Bibbidi Bobbidi Boutique and Satellite Falls. (Link)

April 22 – Disney’s parks and resorts celebrated Earth Day around the world by remaining diligent in their conversation and environmental impact efforts. This includes celebrating the 17th birthday of Disney’s Animal Kingdom which opened on April 22, 1998. (Link)

April 23 – Next weekend’s Expedition Everest Challenge, a favorite of MouseQuester Amy B, will be the last. This week runDisney announced the culmination of this event yet they did not say whether a new race or concept will replace the only obstacle race currently on the runDisney circuit. (Link) 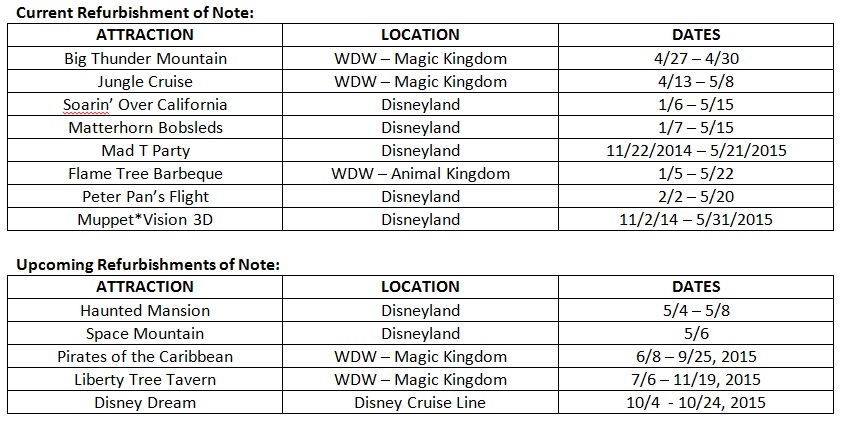