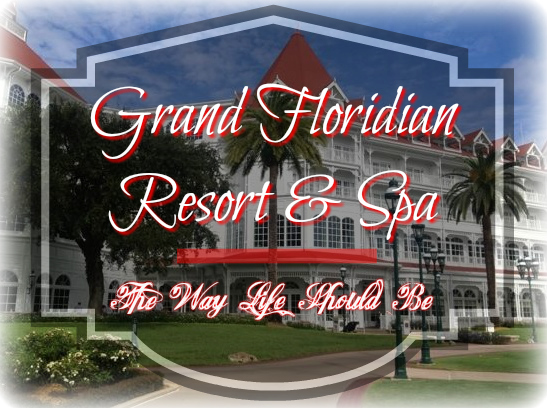 Imagine if you will, an opulent AAA Four-Diamond award winning resort with nightly turndown service, comfy bathrobes hanging in your closet, gourmet restaurants and views of a fairytale land filled with princesses and princes. No, I’m not talking about Buckingham Palace. I am referring to Disney’s Grand Floridian Resort & Spa.

Nestled on the shores of the Seven Seas Lagoon at Walt Disney World®, this 900-room resort is a stone’s throw away from the Magic Kingdom. It’s red roof and white clapboard siding harken back to the turn-of-the-century Victorian era where it takes its influence from classic resorts such as Hotel Del Coronado in Coronado, California and Bretton Woods on Mt. Washington in New Hampshire.

During my family’s recent stay at this resort we were awestruck not only by the opulence but the incredible customer service. Every Cast Member from the Mousekeepers to the Concierge desk staff went out of their way to make sure we were having the most magical experience EVER.

Now I don’t want you to get the wrong idea about this deluxe resort, you don’t have to be dressed in ball gowns and tuxedos to feel right at home. Shorts and tee-shirts are just as prevalent as collared shirts and penny loafers. 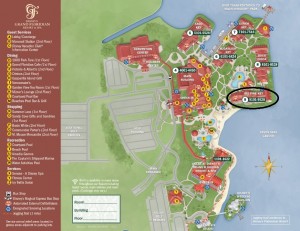 Our room was located in the Big Pine Key building on the 4th floor. We had a lagoon view which looked directly at Disney’s Wedding Pavilion and Disney’s Polynesian Village Resort. To get to our building we simply exited through the back of the Main Building and walked just passed the Courtyard Pool.

Besides the Main Building, and maybe the southerly rooms in Sugarloaf Key, Big Pine Key is the closest building to the restaurants, shops and transportation. I would definitely recommend this room location to anyone making their room location requests. 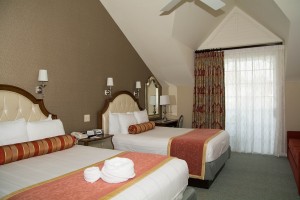 Our room featured two queen beds and a sleeper sofa. While there were only four of us, therefore no need for the extra sleeping room, we really enjoyed having a comfy place to sit when returning from a long day in the parks. Another feature that is particularly handy when traveling with teenagers is the split bathroom. This allowed one person to be in the shower while another was getting ready in front of the mirror and sinks.

The room we were given was considered a ‘dormer room’. (Let the debate begin!) Dormer rooms are a personal preference. While they are slightly smaller than regular rooms in terms of square footage, the vaulted ceiling makes them appear much bigger than a regular room and they include a private balcony. Again, we really enjoyed this room type and would probably request a dormer room in the future.

When it comes to dining there is definitely something for every taste and price range:
• Victoria & Albert’s – As a AAA Five Diamond Award® recipient, you can expect the top in haute cuisine with up to 10 prix fixe courses and this restaurant definitely delivers. It should be noted that to dine in this restaurant men must wear a dinner jacket and women may wear a cocktail dress or dressy pants suit. Jeans, shorts, capri pants, sandals, flip-flops or tennis shoes are not permitted.
• Citricos – This table service restaurant features American cuisine infused with Mediterranean flavors and let’s not forget the award-winning wine list.
• Narcoossee’s – Directly on the waterfront, this restaurant features a delicious menu of seafood specialties and a fabulous view of the Magic Kingdom. The soundtrack for Wishes fireworks is even piped into the restaurant so you can experience the full show.
• Grand Floridian Café – Another table service restaurant, this one featuring more casual menu items such as the Grand Floridian burger and pan-roasted chicken with risotto.
• 1900 Park Fare – Home of the Supercalifragilistic Breakfast, Wonderland Tea Party and Cinderella’s Happily After Dinner. All meals at this restaurant are buffets.
• Gaspirilla Island Grill – Open 24 hours, this is a great place to get a quick snack anytime of the day. We found the best deal in all of Disney was their large pepperoni pizza for $20 which included tax and tip!

Our experience with the transportation system at the Grand Floridian was excellent. With three methods of transportation at our disposal (monorail, boat and bus) we were able to get to all of our destinations with minimal effort. During our visit they were even testing a new system where a TV monitor at the bus stop showed you when the next bus to your destination was expected to arrive. This was very helpful and I can only hope this service becomes available at all the Walt Disney World resorts in the near future. However, if your wait is a little longer than you expected, the time flies by as the Cast Member there was doing fun tricks with his hat to keep everyone, especially the kids, entertained.

Being a ‘monorail resort’ means it is literally a 3-minute ride to the Magic Kingdom. This is great when running late for your 8:05am reservation at Cinderella’s Royal Table. (Yup… that was us!) However, a great tip I learned was when returning back to the resort from the Magic Kingdom: it was quicker to take the boat as the Grand Floridian is the first stop while taking the monorail back it’s the 4th stop.

The only problem we encountered with transportation during our entire trip was Extra Magic Hours at Epcot. The monorail closes one hour after the park closes to regular guests. This meant we had to take a bus to Disney’s Contemporary Resort then jump on the resort monorail to the Grand Floridian. The trip took almost an hour! 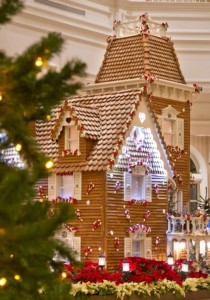 Since we were visiting during the holiday season, the Grand Floridian was decorated to the nines. Not to be missed are the two-story Christmas tree with elegant Victoria era ornaments and a life-sized gingerbread house which doubles as a shop selling gingerbread and candy confections. Even if you aren’t staying at the Grand Floridian during your trip, I suggest stopping by just to see these grand displays.

The most iconic part of Disney’s Grand Floridian Resort & Spa has nothing to do with rooms, restaurants or decorations. It all about a kindly gentleman named Richard, arguably the most famous resort greeter in all of Walt Disney World. Richard has been a Disney Cast Member for more than 23 years. At 89-years-old, he has greeted thousands of guests so make sure to stop by, say hello and get a quick selfie with this Walt Disney World icon.

Have you stayed at the Grand Floridian? Tweet us @MQPodcast and tell us your favorite memory of your stay. 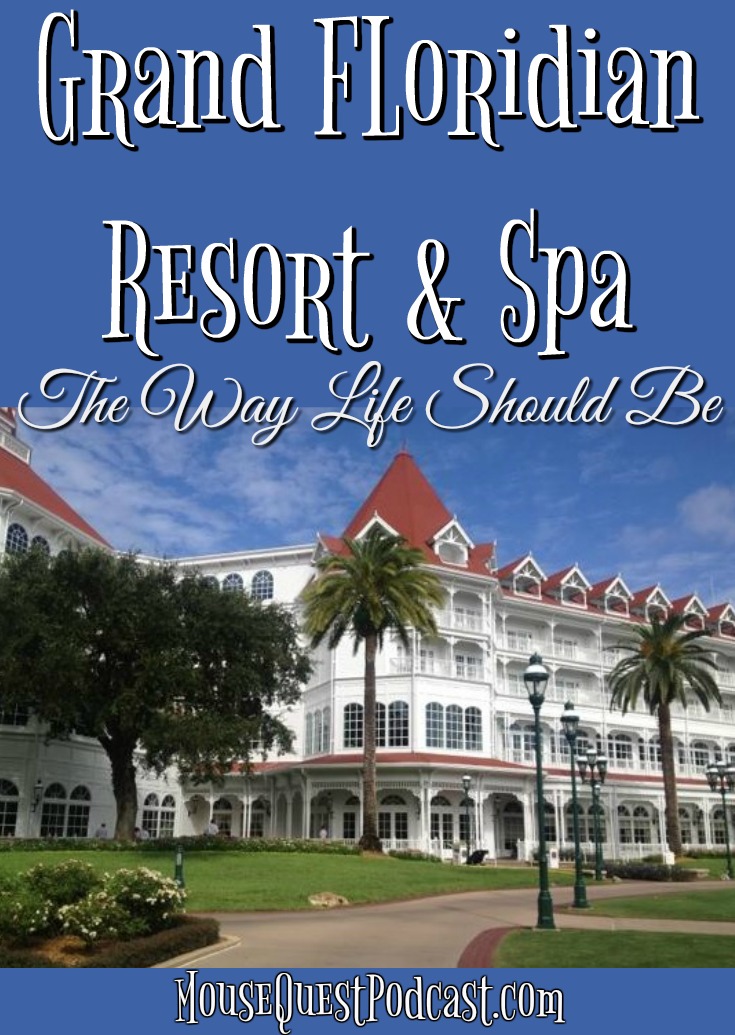