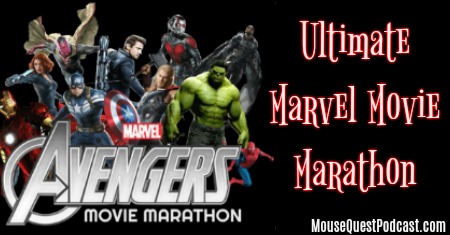 Ladies and Gentleman, consider this your one-month warning! Avengers: Infinity War is just around the corner. You have four weeks to train, and by train I mean catch up on, or review, the entire Marvel Cinematic Universe MCU). Lucky for you we have the training manual to help you have your own Ultimate Marvel Movie Marathon. END_OF_DOCUMENT_TOKEN_TO_BE_REPLACED

Here is your latest News From the World of Disney for the period of January 26, 2017 – February 9, 2017. This news period was dominated by The Walt Disney Co. first quarter earnings call were several major announcements were made. There were also some major announcements regarding nighttime spectacular options at Walt Disney World.