Here is the latest News From the World of Disney parks and entertainment including Walt Disney World, Disneyland and Disney Cruise Line for January 26 – February 8, 2018.

January 31 – The Atlanta Braves are staying put… for one additional season. The Braves will now be at the ESPN Wide World of Sports Complex through the 2019 season. (Link)

February 2 – Walt Disney World is gearing up for an “Incredible Summer” with events featuring the casts of The Incredibles, Guardians of the Galaxy, UP and Toy Story. (Link)

February 5 – Philadelphia Eagles quarterback Nick Foles, MVP of the 2018 Super Bowl, was the guest of honor at a parade at Magic Kingdom Park. (Link) 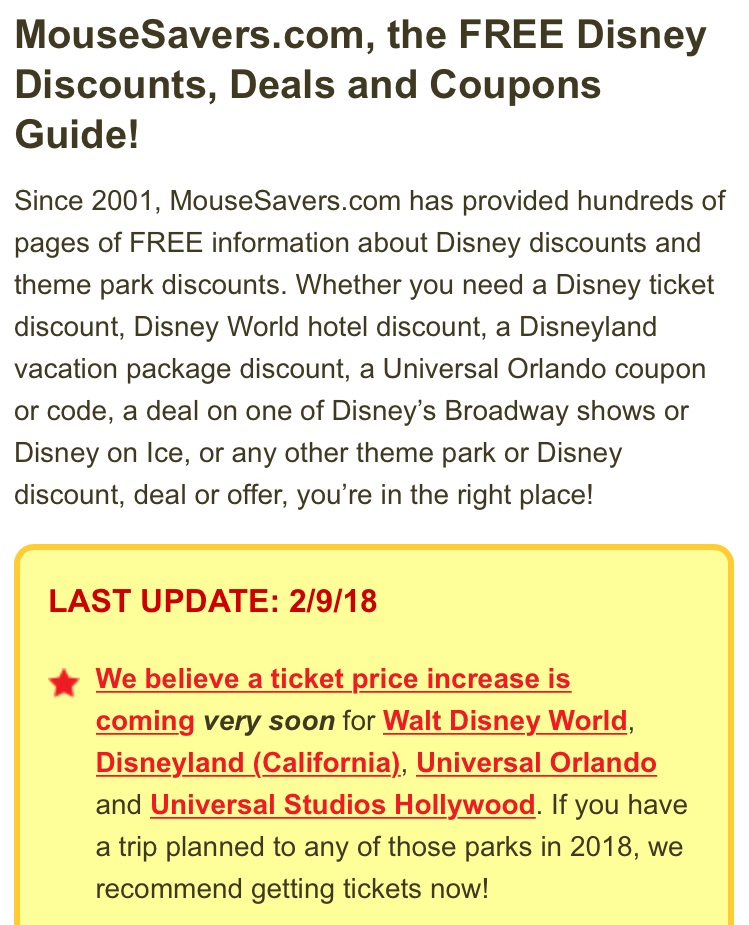 February 7 – It’s settled… for now. Disney announced that the Disney’s Hollywood Studios name will remain for the “foreseeable future”. (Link)

February 9 – MouseSavers is reporting that tickets prices might be increasing soon. (Link)

February 9 – When American Adventure reopens from it’s refurbishment on February 14 there will be some new faces. Music composer John Williams, astrophysicist Neil deGrasse Tyson and noted ballerina Misty Copeland will be added to the show’s finale. (Link)

January 30 – The animatronic Ursula lost her head on the Under the Sea attraction last week.   (Link)

January 31 – A small shake-up is taking place in Disney senior management. Michael Colglazier, current President of Disneyland Resort, is now tapped to lead the Asian division. Josh D’Amaro, a 20-year veteran of Disney, who most currently works as senior vice president at the Walt Disney World Resort in Florida in charge of marketing strategy, sales and business development and formerly president of Animal Kingdom will step into Colglazier’s shoes at Disneyland. (Link)

January 30 – The new Ant-Man and the Wasp trailer has been released.

February 5 – During the Super Bowl, the new trailer for Solo: A Star Wars Story was released.

February 6 – As new series of stand-alone Star Wars movies is coming and the ultra-successful duo of David Benioff and D.B. Weiss best known for Game of Thrones. (Link)

February 6 – It appears Once Upon a Time will be living happily ever after when this season ends. (Link)