Here is the latest News From the World of Disney parks and entertainment including Walt Disney World, Disneyland and Disney Cruise Line for December 15-28. 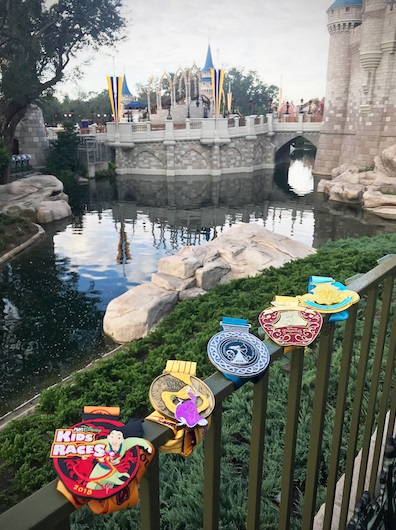 December 18 – The medals for the Princess Half Marathon weekend have been revealed. This year’s medals are inspired by Rapunzel, Merida, Snow White and Cinderella. (Link)

December 18 – Remember the pic that went viral late last summer of the man wearing a shirt in Magic Kingdom Park asking for an O Positive Kidney? Well due to the picture being shared thousands of times he has found a kidney and will be receiving it in mid-January 2018. (Link) 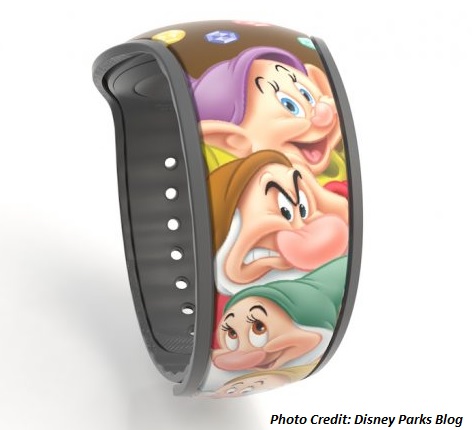 December 18 – Have no fear, even though Cirque de Soleil’s LaNouba is sunsetting on December 31, 2017. A new show is being planned to take it’s place. An opening date for the new show has not been announced. (Link)

December 19 – The acts for the Garden Rocks Series of the Epcot Flower & Garden Festival have been announced. This year’s series will feature some old favorites from Garden Rocks Series’ in the past and new acts to the series. The performances will take place at the America Gardens Theatre at 5:30, 6:45 and 8 p.m. every Friday, Saturday, Sunday and Monday of the Festival. Here is this year’s lineup (subject to change without notice): 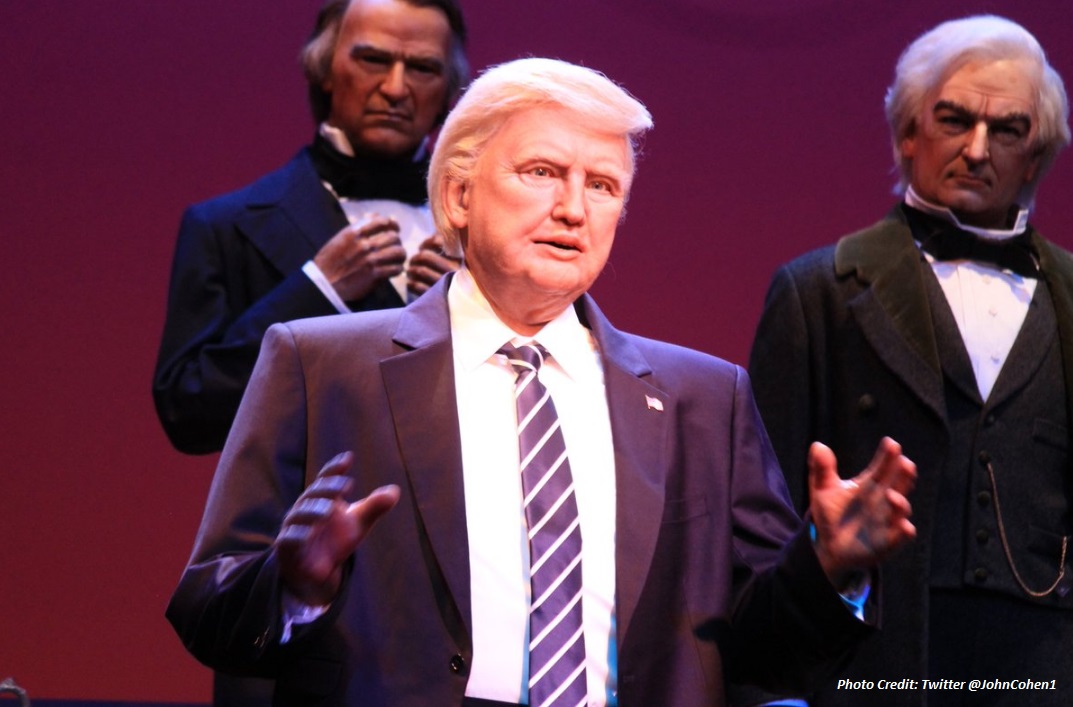 December 19 – The Hall of Presidents reopened after nearly a year and now features the addition of current President Donald Trump who also has a speaking park. However, the new addition was met with quite a bit of criticism due to the apparent lack of likeness to the president. (Link)

December 22 – This is a cautionary tale: a couple visiting Magic Kingdom Park with their family had their stroller stolen while in Under the Sea – Voyage of the Little Mermaid attraction. However, good police work by the Orange County Sheriff’s Department recovered the stroller within 24 hours. A tip from the experts: have the serial number of your stroller handy in case it gets stolen. (Link)

December 25 – Magic Kingdom Park closed to new guests for a period of time on Christmas day due to capacity issues. This is nothing new for the major holidays such as Christmas, New Year’s Eve and the Fourth of July. Another tip from the experts: arrive early on these days and pack your patience. (Link)

December 27 – Disney will live stream the New Year’s Eve fireworks from Magic Kingdom Park on December 31. The telecast will begin at 11:45pm. (Link)

December 17 – Congress is already calling for hearing regarding the impending merger of Disney and 21st Century Fox. “I’m concerned about the impact of this transaction on American consumers,” said Sen. Amy Klobuchar, the top Democratic lawmaker on her chamber’s leading antitrust oversight committee. Democratic Rep. David Cicilline said in a statement last week, “Disney’s proposed purchase of 21st Century Fox threatens to put control of TV, movie, and news content into the hands of a single media giant.” (Link)

December 27 – After initially committing to donate $1 million as part of their #ShareYourEars campaign to raise money for the Make-A-Wish foundation, Disney doubled down and donated $2 million due to the overwhelming response. (Link)

December 15 – It’s Incredible! The new Pixar Pier, opening in the summer of 2018, will feature a new rollercoaster called the Incredicoaster which will be in the same location as the former California Screamin’ attraction. (Link)

December 18 – An original 1954 prospectus for investors in Disneyland sold at auction for $10,600 – that’s five times the original estimate. Other items in the auction included rare Disney artifacts such as an original Main Street Keystone Cop costume which sold for $6,900, an original elephant maquette from The Jungle Cruise that went for $12,075, a rare Rainbow Caverns attraction poster which sold for $16,1000, a Tower of Terror room key cabinet that went for $12,650 and a Tower of Terror lobby television prop found a new home for $13,800. (Link)

December 27 – Members of the Oklahoma Sooners and Georgia Bulldog football teams met at Disneyland as part of a longstanding tradition where participants in the Rose Bowl have a friendly get-together before the big game on January 1st. (Link)

December 27 – A major power outage hit the Mickey’s Toontown and Fantasyland areas of Disneyland. The outage began around 11:00am local time and was fully restored at approximately 4:30pm. (Link) 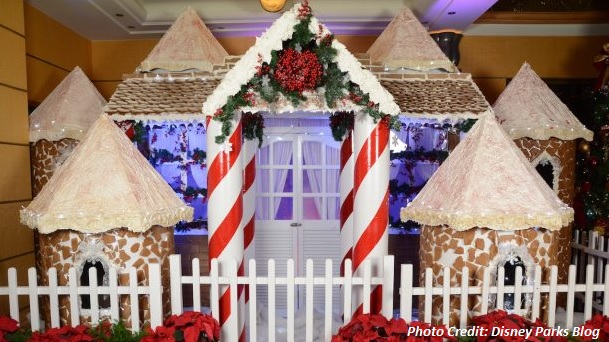 December 18 – Star Wars: The Last Jedi boasts the second best opening weekend EVER with a box office draw of $220 million. This is second only to Star Wars: The Force Awakens which opened at $248 million. (Link)

December 19 – The first trailer for the Disney’s The Nutcracker and the Four Realms was released. The film is set for release on November 2, 2018.

December 27 – For the second year in a row Buena Vista Pictures which distributes titles for Disney, Star Wars, Marvel and Pixar topped the yearly box office take with a whopping $2.27 billion domestically on only 8 new title and 4 hold overs from 2016. The next closest competitor was Warner Brothers with $1.88 billion but it took them 20 new movies and 13 hold overs to hit that number. (Link) 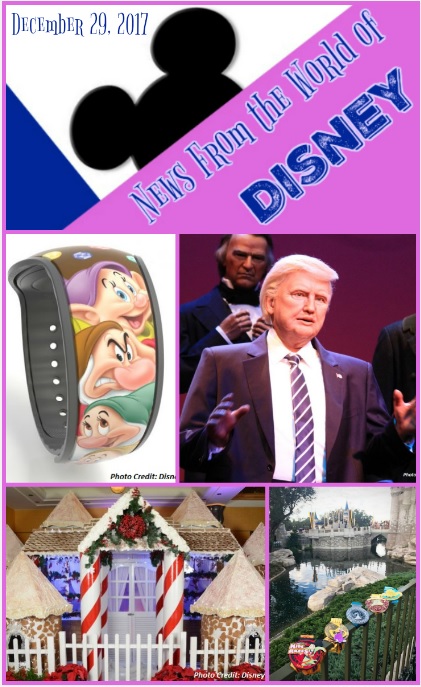