Here is the latest News From the World of Disney parks and entertainment including Walt Disney World, Disneyland and Disney Cruise Line for December 1-14. 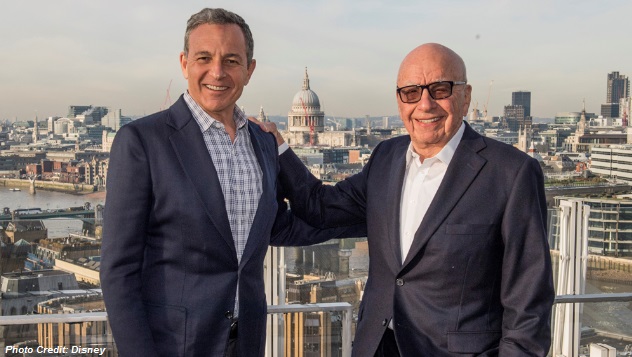 BREAKING NEWS: The Walt Disney Co. will purchase the entertainment components of 21st Century Fox for $52.4 billion (yes, that’s with a ‘B’). This has also prompted Disney CEO Bob Iger to delay his retirement yet again from mid-2019 to end of 2021.

Iger said the deal will help Disney “create more content, serve customers better on the domestic and international level and essentially grow our offerings to consumers in multiple ways”. (Link)

December 7 – In what might be an indication of when Toy Story Land might open at Disney’s Hollywood Studios, Toy Story Land at Shanghai Disney Resort will open on April 26, 2018. (Link)

December 8 – Disney has released some new info and artist renderings of the Disney Skyliner gondola system. They show the different styles of stations at each location and detailed that the gondola vehicles will each feature character so it will appear as if you are riding along with these characters. (Link)

December 10 – The line-up for the Disney on Broadway Concert Series has been announced: January 12–15 and 19-22 : Kara Lindsay and Kevin Massey with songs from: Tarzan, Aladdin, Newsies and Frozen; January 26-29 and February 2-5: Kissy Simmons and Alton Fitzgerald White with songs from Tarzan, The Lion King, Aida, Aladdin and The Little Mermaid; February 9-12 and February 16-19: Ashley Brown and Josh Strickland with songs from Beauty and the Beast, The Little Mermaid, Mary Poppins, Newsies and Frozen. (Link) 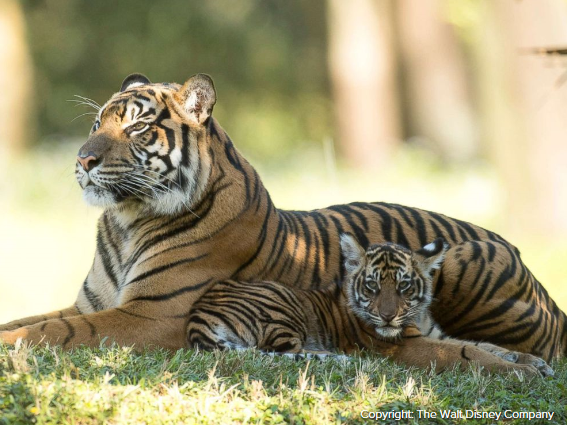 December 11 – A new show at Disney’s Animal Kingdom will feature the characters from Disney-Pixar’s film Up.  The show will premiere next spring and take place in the Caravan Theater where “Flights of Wonder” currently takes place. Don’t worry about the birds though, they will play a part in the new show.  (Link)

December 13 – The tiger cubs are here! The two tiger cubs born this past summer are slowly being acclimated to their habitat on the Maharajah Jungle Trek.  (Link)

December 11 – Disneyland nabbed the top spot on the most Instagrammed locations of 2017. Landing at 5th, 6th and 9th are Tokyo Disneyland, Magic Kingdom Park and Disney’s California Adventure, respectively.  (Link)

December 8 – Disney Cruise Line is returning to St. Maarten in January after the devastation experienced during Hurricane Irma. Link 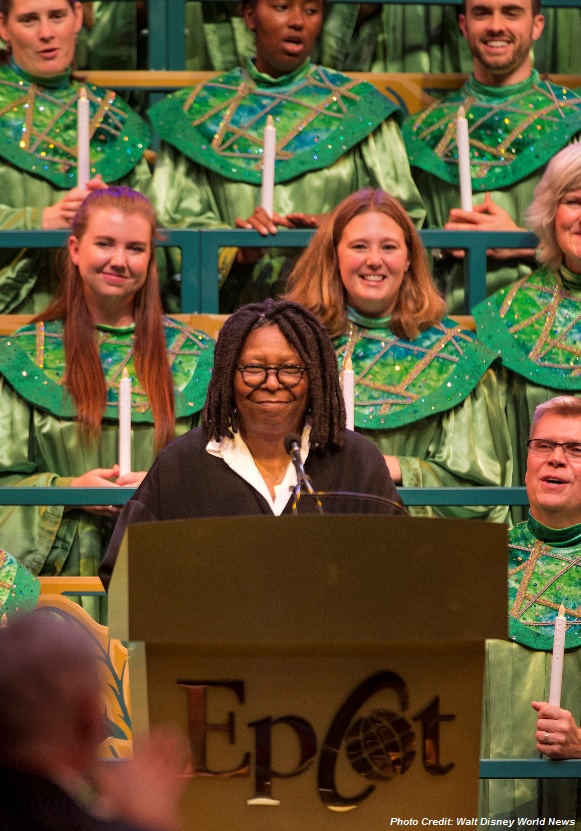 December 4 – Whoopi Goldberg will be hosting Decorating Disney: Holiday Magic which will air on Freeform on December 18. (Link)

December 5 – Do you love old school Disney movies? If so, TCM will be your go-to place when they air Treasures from the Disney Vault. The only problem is it will air overnight beginning at 8:00 PM on December 20th and finish in the wee morning hours of December 21. (Link)

December 15 – In what is likely going to be the biggest weekend at the box office this year (if not all time), Star Wars: The Last Jedi will be released this weekend. Check out my friend Lola Lambchops’ spoiler-free review: Review. 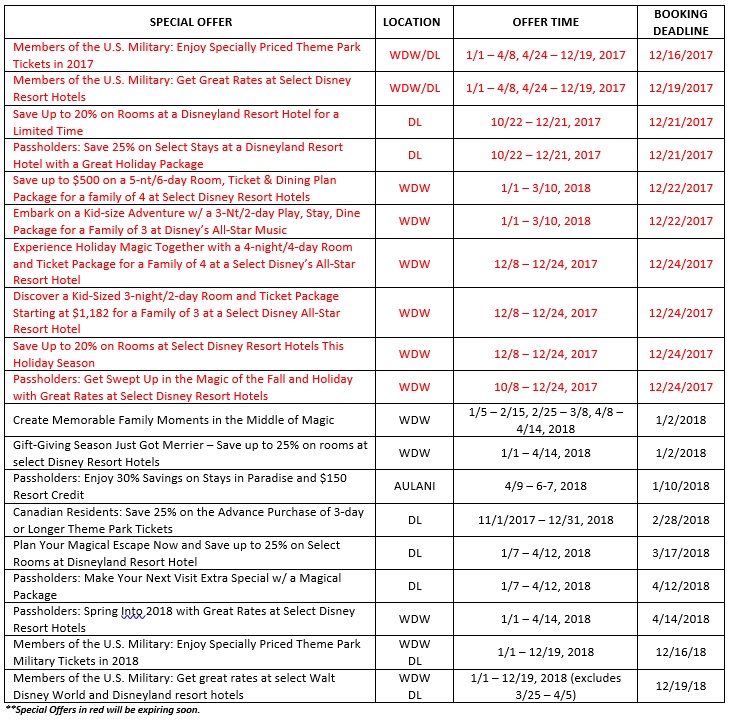 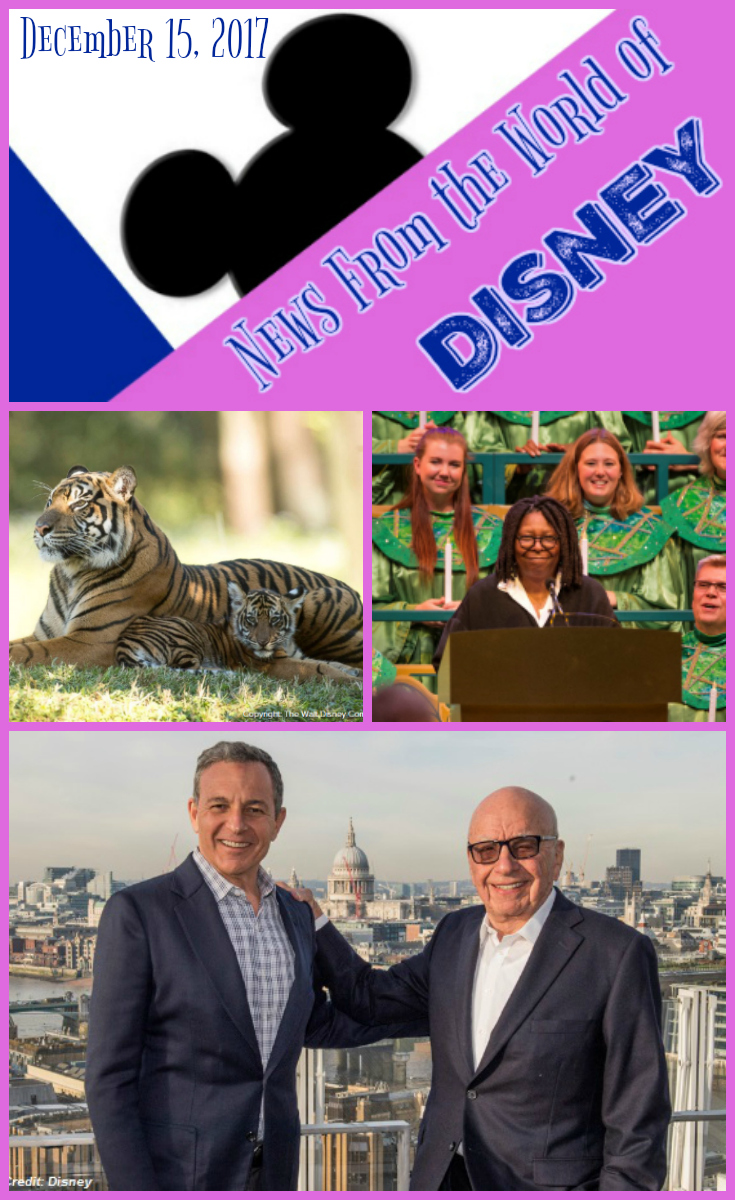