Here is the latest News From the World of Disney parks and entertainment including Walt Disney World, Disneyland and Disney Cruise Line for November 17 – 30.

BREAKING NEWS: If you are traveling by air during the holiday and you are using American Airlines you should call to make sure your flight is still scheduled. American Airlines announced yesterday that a glitch in their computer system allowed too many pilots to schedule their vacations leaving thousands of flights without a pilot. A majority of the pilot-less flights originate from Boston, Charlotte, N.C., Washington, Dallas-Fort Worth, New York, Miami, Chicago and Philadelphia. (Link)

November 20 – The Atlanta Braves are returning to the ESPN Wide World of Sports Complex in 2018. To see if they will be playing during your vacation check out the schedule below:  (Link) 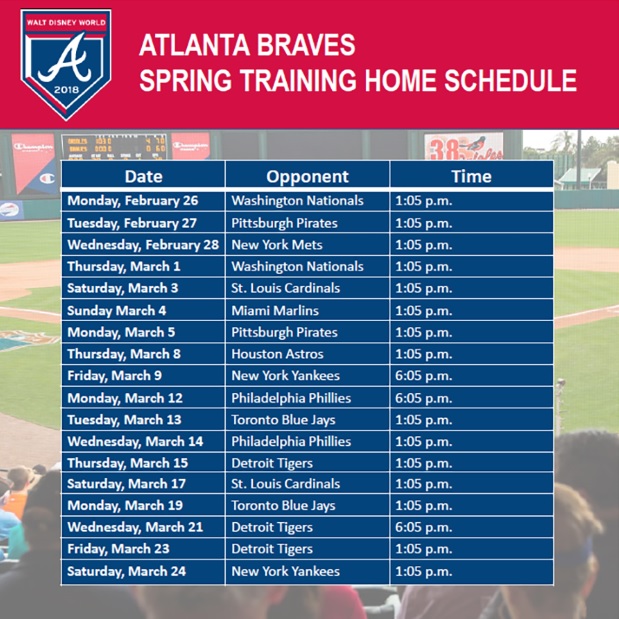 November 28 – Moonlight Magic for Disney Vacation Club members is back for 2018. The dates are as follows: (Link)

November 30 – Disney Legend Kurt Russell, will be part of a very special event at Walt Disney World of December 10. Russell will be spending 90 minutes with Disney Vacation Club Members at Epcot before narrating the Candlelight Processional. This special Membership Magic event, priced at $125 a person plus tax, will take place from noon-1:30 p.m. in the East Hall of the World Showplace pavilion at Epcot. As an added bonus, attendees will enjoy priority seating for Kurt’s 5 p.m. performance of that evening’s Candlelight Processional. (Link)

November 30 – Here’s your chance to stay in Cinderella Castle! The fundraising site Omaze is holding a contest with the grand prize of a one night stay in the Dream Suite along with a 2-day park ticket, breakfast at Cinderella’s Royal Table and round-trip flights to Orlando for you and FIVE GUESTS. To enter you can donate different amounts to receive multiple entries. This is a contest benefits Florida Hospital for Children.  (Link) 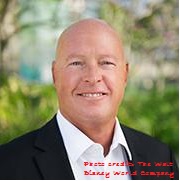 November 27 – The question of who will replace Bob Iger when he retires in July of 2019 seems to be getting clearer. It looks like the successor might by Disney Parks & Resort Chairman Bob Chapek. (Link)

November 30 – Tokyo Disneyland is the next park in line for a major expansion. The park will be getting a reported $2.7 billion expansion to increase the park size by 30% which should relieve overcrowding and attraction more foreign visitors. The work is expected to be finished by 2025. (Link)

November 30 – Who knew just taking a selfie with your mouse ears on could help out a worthy cause? The Walt Disney Corporation will donate $5 to the Make-A-Wish foundation for every person who shares their Mouse ear selfie on social media with the hashtag #ShareYourEars. Their hope is to raise $1 million. (Link)

November 20 – Ok. I have a pet peeve. The Freeform network only shows The Santa Clause and The Santa Clause 3. The Santa Clause 2 is hardly anywhere to be found. Disney has fixed that for me. They are putting all three movies on Netflix for the holiday season!! They will start streaming on December 12. (Link)

November 22 – Coco is now the highest grossing movie of all time in Mexico with a box office to date of $48mm. Captain America: Civil War previously held the record at $41mm. (Link)

November 25 – Jude Law is in talk to star in the new Marvel Studios movie Captain Marvel opposite Brie Larson who will play the title character. The movie is set for a 2019 release. (Link)

November 29 – The Avengers: Infinity War trailer was released and all I can say is CAP’S BEARD!!!!

November 28 – Disney was represented in the Grammy nominations with Moana: The Songs and the Guardians Of The Galaxy Vol. 2: Awesome Mix Vol. 2 soundtrack in the Best Compilation Soundtrack For Visual Media category. How Far I’ll Go was also nominated for Best Song Written For Visual Media. (Link) 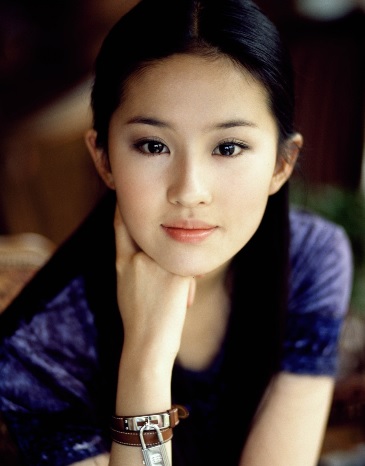 November 29 – After a worldwide search, Mulan has been found!! Chinese actress Liu Yifei, also known as Crystal Liu, is set to star as Mulan in the Disney’s live-action adaptation. Since  (Link)

November 30 – On the heals of the successful releases of Thor: Ragnarok and Coco, Disney’s worldwide box office has passed the $5 billion dollar mark for the year. According to Disney, they are the first and only studio to reach this threshold three years in a row. Other Disney-backed movies released in 2017 were Beauty & The Beast, Guardians of the Galaxy, Vol. 2, Pirates of the Caribbean: Dead Men Tell No Tales and Cars 3. They also benefited from two late 2016 releases which carried their earnings into 2017: Rogue One: A Star Wars Story and Moana. I expect 2018 could be even better with the carry over from Star Wars: The Last Jedi, three Marvel Movies, a stand-alone Star Wars movie and Mulan over the Thanksgiving holiday and Mary Poppins Returns on Christmas Day.  (Link) 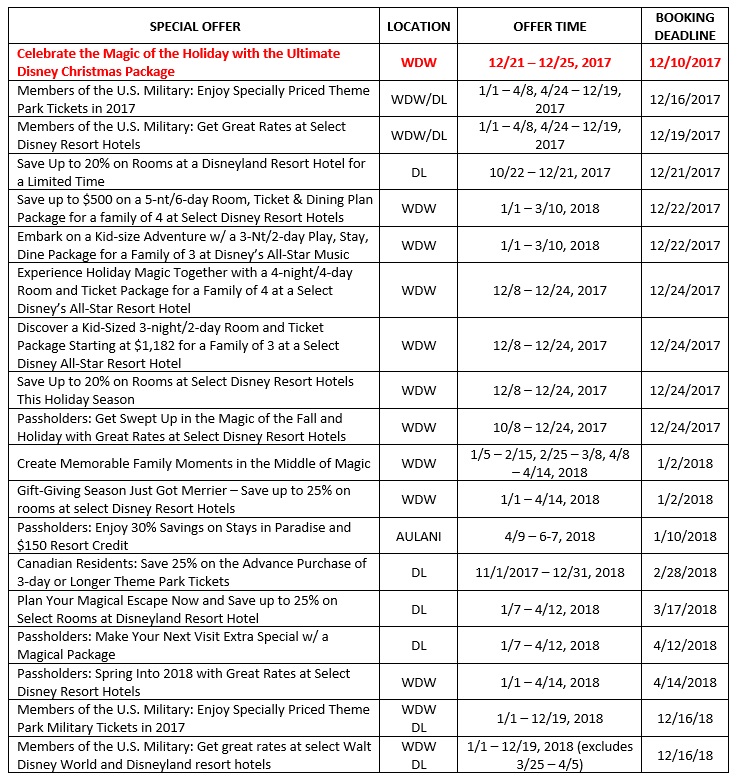 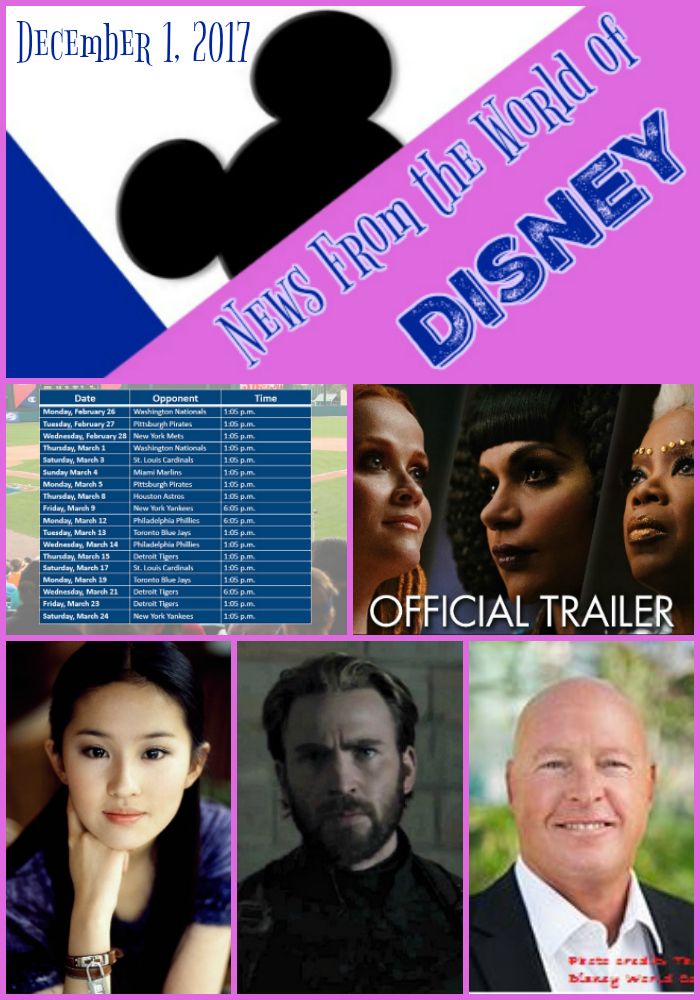