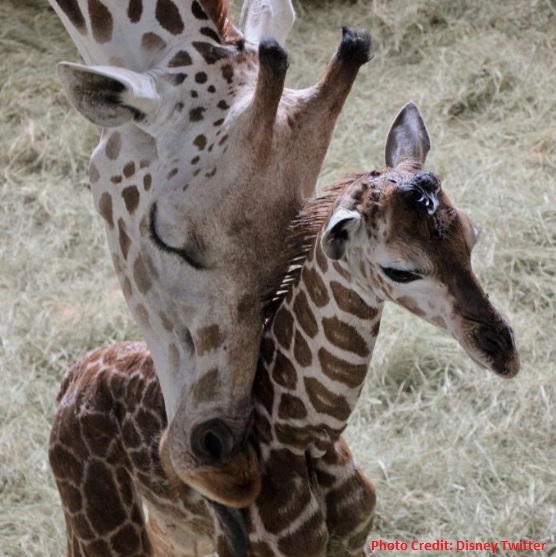 October 6 – Later this year, a new giraffe will be roaming the savannah at Disney’s Animal Kingdom Lodge.  (Link)

October 10 – Star Wars: Galactic Nights is returning to Disney’s Hollywood Studios on December 16. Tickets are $129 for adults and $124 for children. (Link)

October 10 – Ferrytale Fireworks: A Sparkling Dessert Cruise is return to the Seven Season Lagoon on December 1, 2017 and goes through January 28, 2018 on Fridays and Sundays. (Link)

October 13 – The list of narrators for the 2017 Candlelight Processional is complete. The final additions are actor Kurt Russell, Olympian Laurie Hernandez, actress/comedienne Ana Gasteyer and Jodi Benson, voice of Ariel in Disney’s “The Little Mermaid”. (Link)

October 17 – The 3rd Quarter Florida theme park injury report was released and Disney had eight injuries with severity ranging from dizziness to a fractured back.  (Link)

October 10 – The long-rumored Jack and the Beanstalk animated remake, Gigantic, has been shelved. (Link)

October 16 – Another new trailer was released this week with the premiere of the Black Panther trailer. Black Panther will prowl into theatres February 16, 2018.

October 17 – Freeform will be the home for a new series called Disney’s Fairy Tale Weddings. The seven-episode docuseries will begin airing in May. (Link) 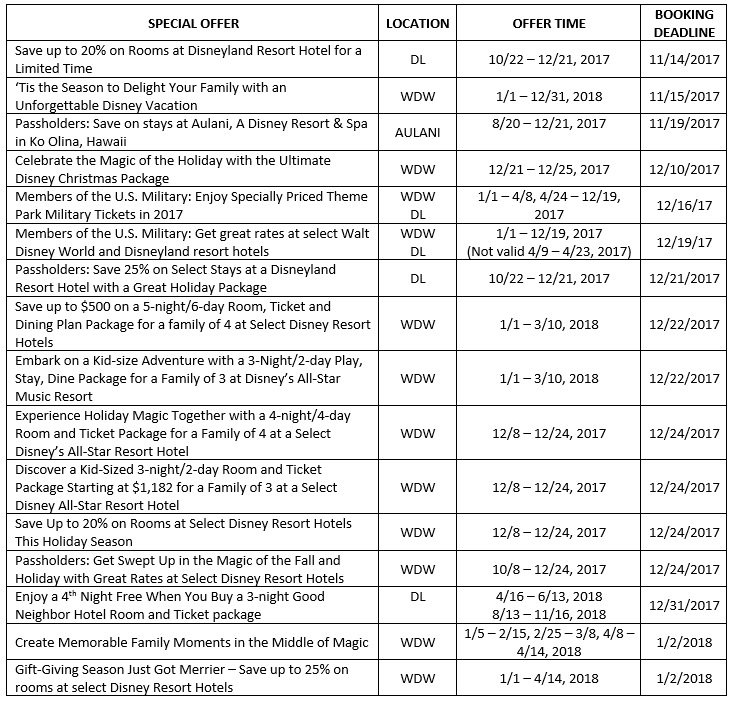