June 6 – Tickets are now on sale for Disney’s Night of Joy. Nights of Joy will included contemporary Christian artists such as Amy Grant, Steven Curtis Chapman and Mercy Me. (Link)

June 13 – To honor Lane Graves, the boy who was killed by an alligator in 2016 at Disney’s Grand Floridian Resort & Spa, Disney will be erecting a lighthouse in his memory. (Link)

June 15 – A brand new dessert party will be taking place in Epcot beginning on July 17. The Frozen Ever After Dessert Party will take place in the World Showcase Plaza East and will include a dessert buffet as well as a drink selection including beer and wine. After IllumiNations: Reflections of Earth, guests will be taken to the Norway Pavilion where they will get exclusive access to the Frozen Ever After attraction. (Link)

June 16 – A piece of Monorail Blue fell off and landed in the Epcot parking lot. (Link)

June 20 – Walt Disney World has broached a relationship with the Orlando Magic as part of the NBA’s pilot program testing ads on jerseys. The Disney name will appear on the upper-left from of the Magic jerseys beginning in the 2017-18 season. (Link)

June 22 – The Eat to the Beat concert series which takes place during Epcot International Food & Wine Festival has announced their line-up of artists. Here’s the full line-up:

June 23 – Permits have been filed for a possible attraction at Epcot’s France Pavilion. Rumor has it the attraction will be related to Ratatouille. (Link)

June 24 – If you are considering taking your child out of school to go to Disney, especially if you live in the United Kingdom, be prepared to pay the price. A father has spent more than ₤$200,000 in fines and legal fees during this two-year legal battle. (Link)

June 26 – Donald Trump will have a speaking part in the Hall of President’s attraction when it reopens this summer. (Link)

June 29 – Remember Disney changing what Jasmine wears. Well, Disney is at it again with their continuing effort to make the Disney parks more PC, the auctioning brides section of the Pirates of the Caribbean ride will be changed so that the Redhead will be helping the auctioneer gather valuables from the townspeople to auction of the pirates. (Link)

June 29 – ABC’s The Chew will be recording episodes from the 22nd Annual Epcot International Food & Wine Festival on October 4-6. This will be the third consecutive year the show will record at Walt Disney World. The air dates are October 9-13, 2017. (Link)

June 19 – Disneyland has a new home for their herd of majestic Main Street, U. S. A. horses. Circle D Ranch, a 5.5-acre facility, includes a state-of-the-art barn, large exercise area and turnouts. (Link)

June 2 – Even though theme park attendance has declined at all Disney parks across the globe, except Shanghai Disney, the company’s theme park unit profits were up 9%. (Link)

NOTE: Wednesday, July 5 we will post a preview of the D23 Expo.

June 7 – New photos of Mary Poppins Returns were released. They depict Mary Poppins (Emily Blunt), Lin-Manuel Miranda (Jack) and Topsy (Meryl Streep) in scenes which are sure to be classics. (Link) 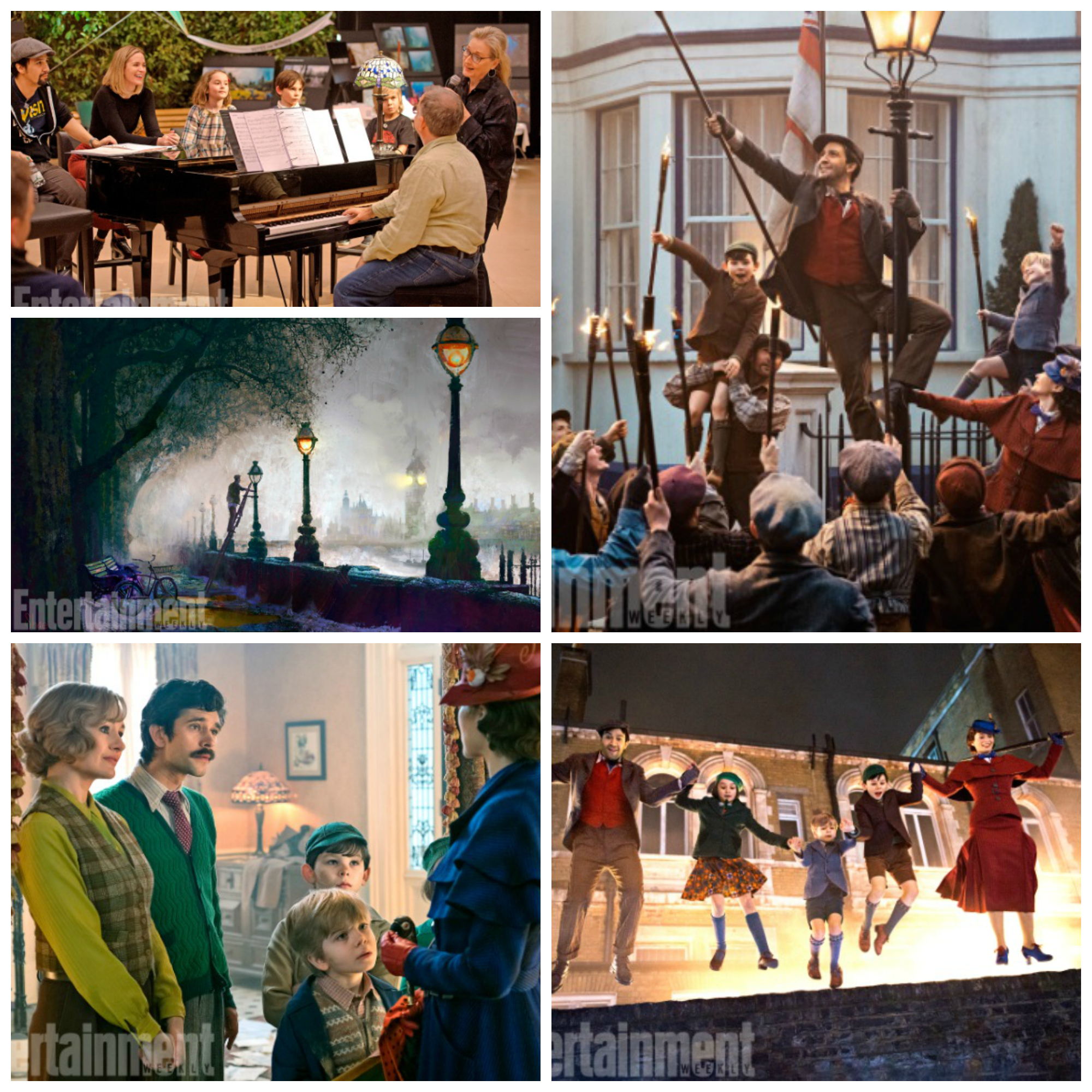 June 8 – There is a new trailer for the Disney•Pixar movie Coco.

June 21 – Yet again, Disney is being sued by someone who claims they actually created a Disney movies. This time a child development expert said she created an idea for an animated program exploring children’s emotions through characters representing difference moods. Her piece was entitled The Moodsters. (Link)

June 22 – With only three weeks left of principal photography of the new Han Solo prequel, directors, Phil Lord and Chris Miller, have left the project citing “creative differences”. To replace them LucasFilm has brought in little-known director RON HOWARD! (Link)

June 9 – Wolfgang Puck Bar & Grill at Disney Springs will be closing on August 1. The closure means 193 workers will lose their jobs. (Link)

June 29 – The balcony at Splitsville overlooking the West Side neighborhood has been enclosed to create a large second-floor bar area. (Link) 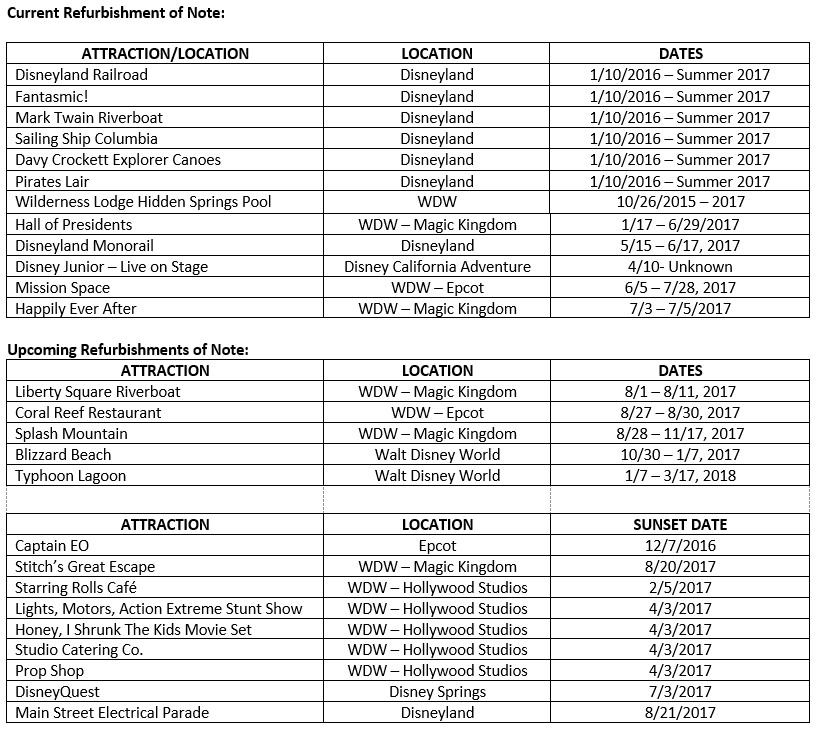 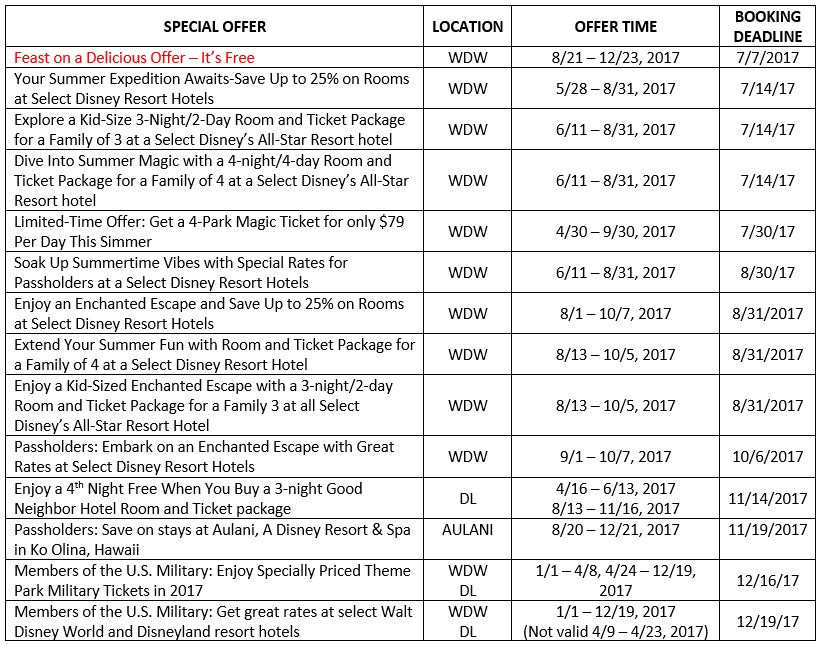