Here is your latest News From the World of Disney including Walt Disney World, Disneyland, Disney Cruise Line and Disney Entertainment. for the period of May 5 – 18, 2017.

This post contains affiliate links. If you purchase one of the recommended items the MouseQuest will receive a small commission.

May 8 – Disney’s Grand Floridian Resort and Spa will be hosting a special 4th of July celebration at the hotel’s marina. The cost of the event will be $120 for adults and $59 for ages 3-9 and will include dinner of grilled steak and shrimp and conclude with fireworks viewing from the resort. For reservations call 407-WDW-DINE.

May 12 – Orange County detective arrested a Spring Hill woman, Michelle Craig, for stealing strollers at Walt Disney World. In one of the thefts, Craig not only stole the stroller, she also stole the guest’s diaper bag, wallet, EpiPen and keys. NOTE FOR FUTURE GUESTS: Make sure to clearly mark your stroller and never leave your valuables such as keys or wallet on the stroller while you are experiencing an attraction. (Link)

May 12 – A new era has arrived at Walt Disney World, Happily Ever After premiered at Magic Kingdom Park to rave reviews.

May 17 – Mobile ordering via My Disney Experience will begin at Satu’li Canteen located in Disney’s Animal Kingdom on May 27. This summer Pizzafari, Flame Tree Barbeque and Restautantosaurus will also be available for mobile ordering. (Link)

May 8 – Now through June 25, Annual Passholder can purchase a souvenir popcorn bucket featuring a Main Street Electrical Parade design for $15 (while supplies last). After the purchase guests will receive unlimited refills for $1.00 through July 30. (Link)

May 11 – Groot, Gamora and Star-Lord will begin greeting guests at Disney’s California Adventure on May 27. (Link)

May 13 – Disney Cruise Line has released their Fall 2018 itineraries and will be visting two new ports of call: Bermuda and Quebec City, Canada. (Link)

May 18 – The Disney Fantasy set sail this week with several new guest areas including Star Wars: Command Post, Sweet On You and Tiffany & Co. (Link)

May 9 – The Walt Disney Company reported their 2Q and 6-month earnings for 2017. Led by strong performances in Walt Disney Studios and Parks & Resort, they had net income of $2.5 billion for the quarter and $4.8 billion for the 6-month period. (Link)

May 17 – LulaRoe will soon be releasing a new collaboration with Disney. (Link)

May 18 – As predicted, Shanghai Disney welcomed its 10 millionth guest in only eleven months. (Link)

May 5 – Several drive-ins including the Tri-Way Drive-In Theatre in Plymouth, Indiana are boycotting Guardians of the Galaxy, Vol. 2 due to the Disney’s unrealistic demands such as larger percentage of sales, longer play times and chosing the co-feature. (Link)

May 5- The theatrical production of Freaky Friday will be adapted to a TV movie to be aired on the Disney Channel. (Link)

May 5 – Raven’s Home, the spin-off of That’s So Raven will debut on July 21 at 10:00pm immediately following the premiere of Descendants 2 on the Disney Channel. (Link)

May 9 – Walt Disney World and Disneyland is rumored to be the home of American Idol audition when the show TV.  (Link)

May 12 – Guy Ritchie’s like action Aladdin remail will be a musical. (Link) 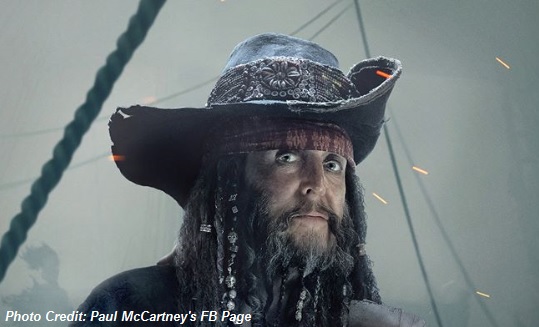 May 13 – Does this pirate look familiar? It’s Paul McCartney who will be appearing in Pirates of the Caribbean: Dead Men Tell No Tales. (Link)

May 15 – Hackers are reportedly holding the latest Pirates of the Caribbean movie for ransom and are threatening to release it bit-by-bit until Disney pays them a ransom in Bitcoins. (Link) 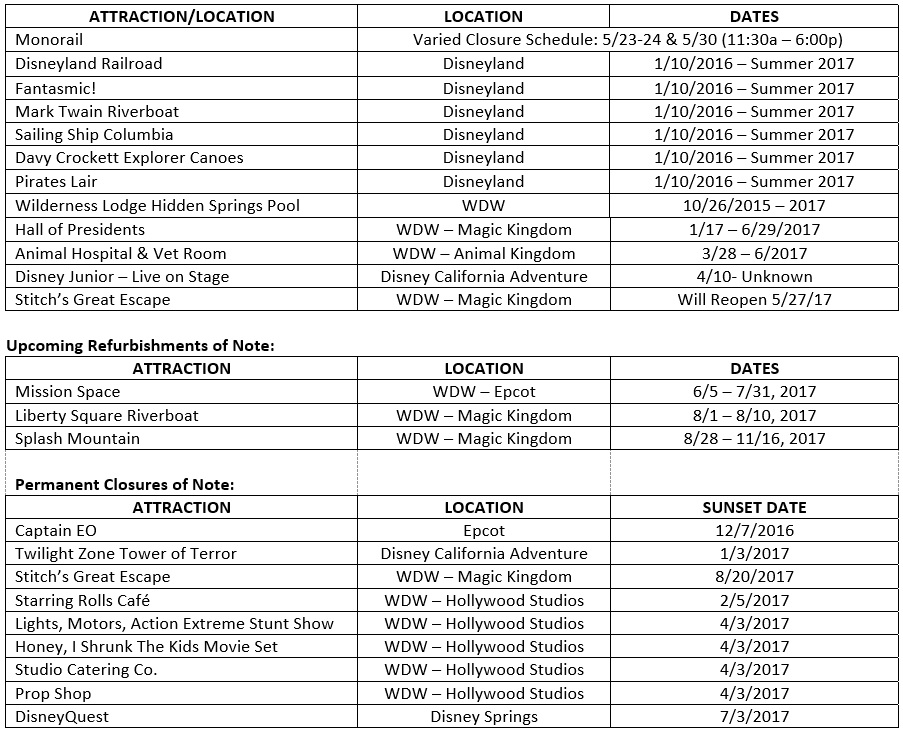 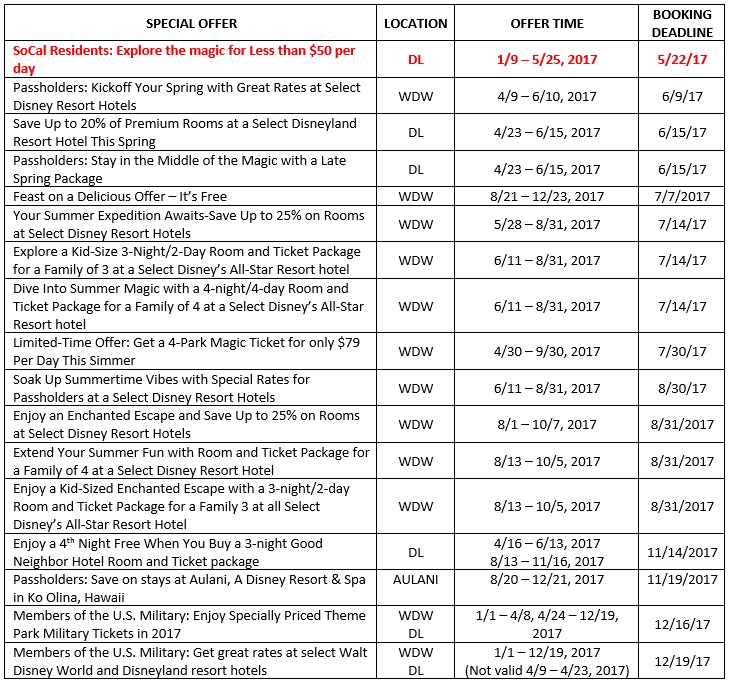 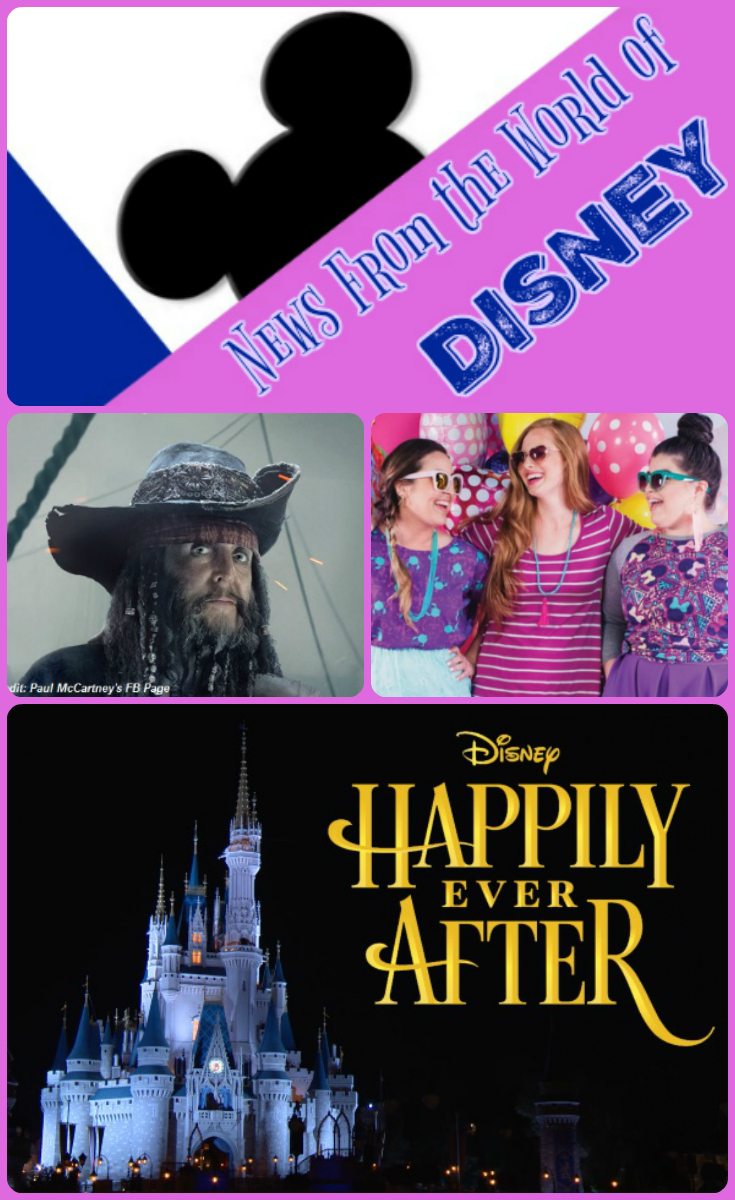