This post contains affiliate link. If you purchase a recommended product the MouseQuest will receive a small commission.

April 24 – Pandora – The World of Avatar will employ approximately 700 people most of which will be transferred from other areas of Walt Disney World. (Link)

April 27 – A sink hole has opened up near the World Drive exit of I4. While it did effect westbound traffic. Things seem to be back to normal now.  (Link) 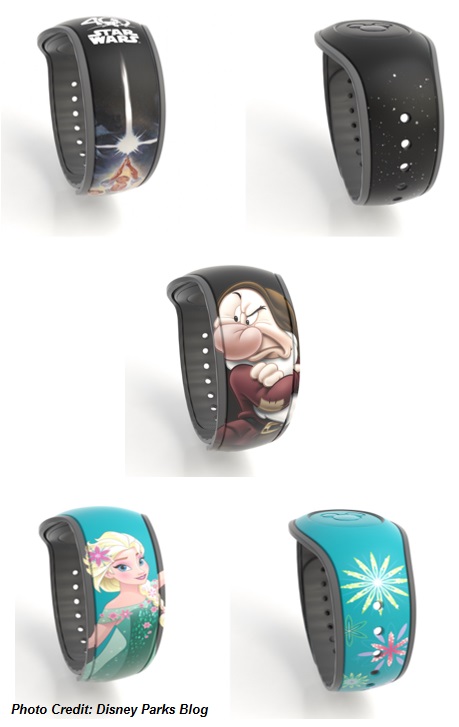 April 29 – Dwayne “The Rock” Johnson is working with the imagineers at Walt Disney World to re-imagine the Jungle Cruise attraction at all the Disney Parks worldwide. (Link)

April 30 – Are driverless shuttles coming to Walt Disney World? If reports are correct, these shuttles could deploy for testing with employees-only later this year. If the tests are successful look for them to be available for guests sometime after that.  (Link)

May 1 – Marijuana, no matter if it is for medical purposes or not, is now banned from the Orlando theme parks. (Link)

May 2 – The Epcot International Food & Wine Festival will be a record 75 days this year with 35 marketplaces including new kiosks India and Spain. (Link)

April 27 – Johnny Depp made a surprise appearance on the Disneyland Pirates of the Caribbean ride. (Link)

May 3 – A special Galactic Premiere Party will take place on May 26 to celebrate the opening of Guardians of the Galaxy – Mission: BREAKOUT! Included in the $150 cost, guests will receive a $15 food voucher, a decoder card and a tote bag. They will also get a chance to experience all 6 versions of the attraction. (Link)

May 3 – A new experience is coming to Tomorrowland in Disneyland Park. The new Tomorrowland Skyline Lounge Experience will offer an amazing view the park. (Link)

May 1 – For all you trivia buffs, here is a great piece of trivia to stump friends and family with at your next gathering: The Disney Wonder is the first cruise ship to cross the Panama Canal using the new locks. (Link)

April 25 – Disney Research is in the process of perfecting “Makeup Lamp” which is a face-tracking projection system that paints your skin with digital pixels. (Link) 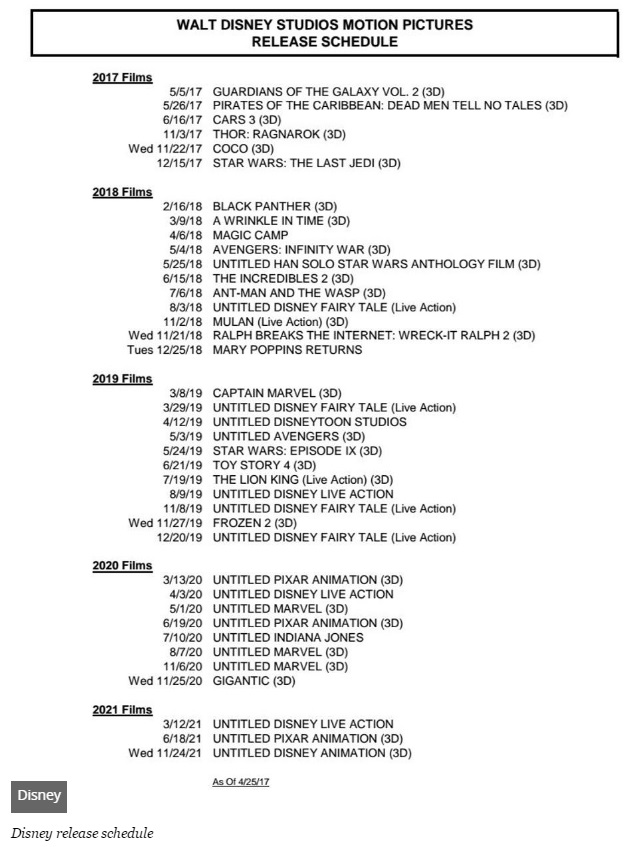 April 25 – The Lion King live action remake has tapped Seth Rogen and Billy Eichner to voice the characters of Pumbaa and Timon. (Link)

April 25 – Disney’s Descendants 2 will premiere on five networks at once. The premiere will take place on Disney Channel, ABC, Disney XD, Freeform and Lifetime on July 21. (Link)

April 26 – Ewan McGregor (Lumiere in Disney’s Beauty and the Beast live-action remake) is in talks to play Christopher Robin. (Link)

May 1 – The Descendants 2 trailer and “Ways to Be Wicked” music video were released.

May 2 – Mickey Mouse Club is coming back! Showing a sign of the times, the new version will air on Facebook. (Link) 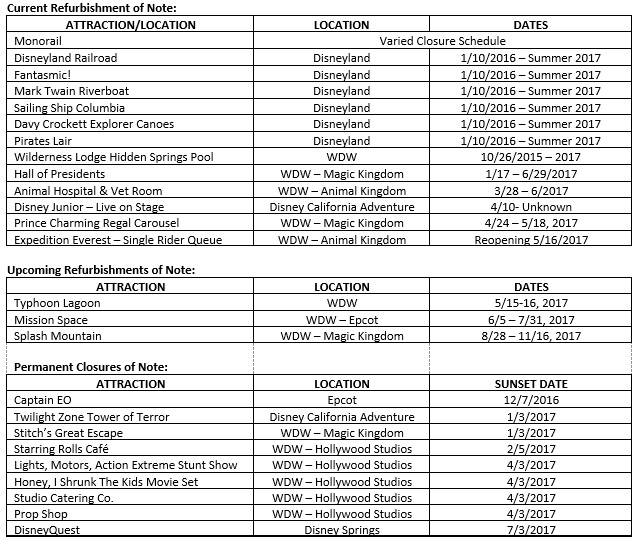 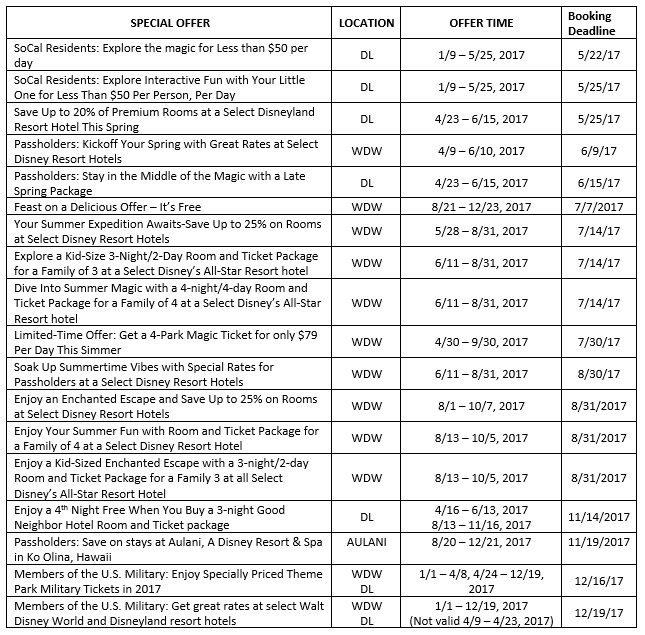 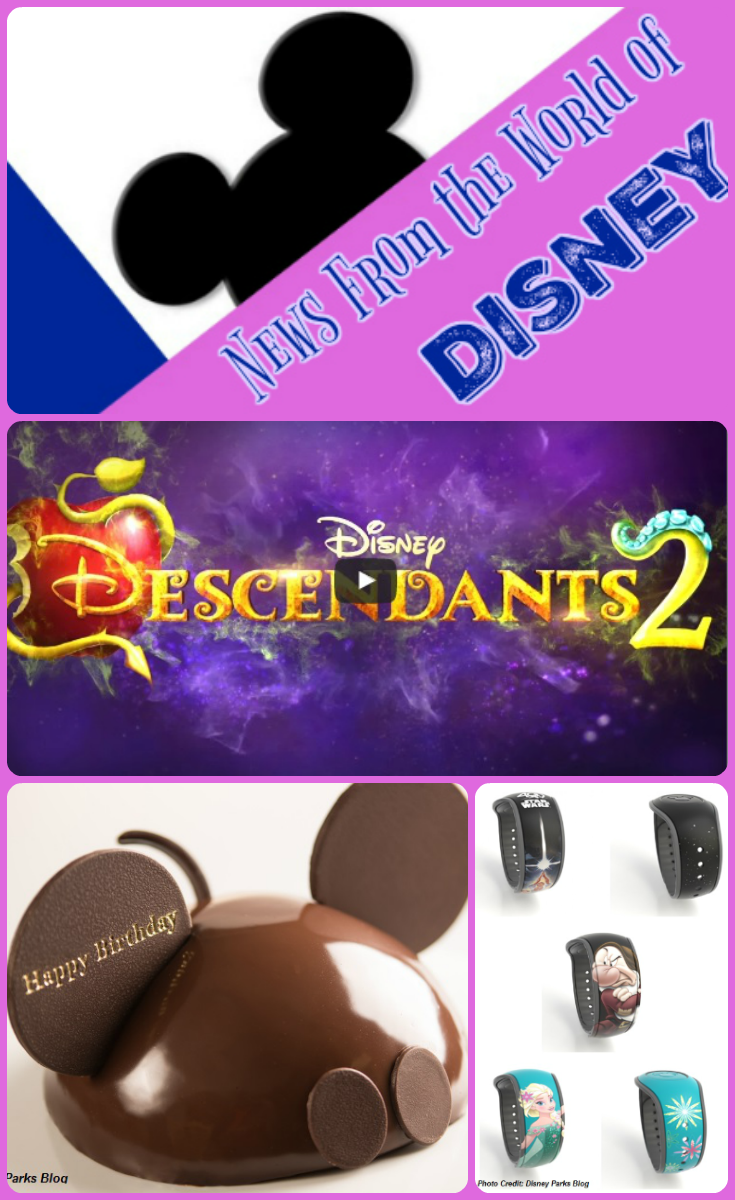