Here is your latest News From the World of Disney for the period of April 7 – April 20, 2017 covering the Disney Parks, Disney Cruise Line and Disney entertainment.

April 6 – Beware of you are a parent from the UK and planning a Disney vacation. Their top court has ruled that parents are breaking the law if their take their children out of school to go on vacation. This case stemmed from a father who took his daughter out of school for a week in 2015 to go to Disney. (Link) 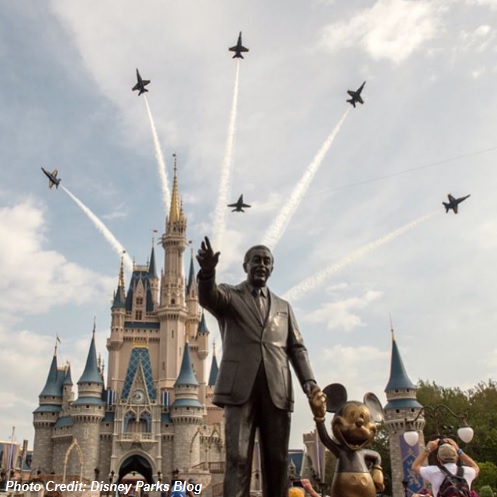 April 8 – The Blue Angels made a return trip to Magic Kingdom Park, flying over Cinderella Castle at over 250 mph. (Link)

April 11 – Several contemporary Christian entertainers have been announced for the 35th Disney Night of Joy concerts in September at the ESPN Wide World of Sports Complex. They include MercyMe, Amy Grant, Steven Curtis Chapman and Kirk Franklin. (Link)

April 11 – Have you ever wanted to work for Disney? Here’s your chance. Disney is planning on hiring over 1,000 full- and park-time employees. (Link)

April 12 – Walt Disney World is in the process of hiring drivers for a new Uber-like drivers. (Link)

April 13 – The wildly exclusive Club 33 is coming to Walt Disney World where memberships are expected to be approximately $15,000 per year with an initiation be of $40-60k. For more information, email: WDWClub33@disneyworld.com.

April 14 – It’s permit season at Disney. Recent permits included those related to the 2017 Epcot International Food & Wine Festival, the work currently on at Disney’s Caribbean Beach Resort and a project called “Project D” which is believed to be related to Star Wars Land. (Link)

April 14 – As a way to let more Guests experience the Awakening of the Tree of Life at Disney’s Animal Kingdom, stories will be added throughout the summer so guests behind the tree will also have a view.

April 17 – Frozen Summer Games are returning to Blizzard Beach. The games include Ice Pail Relays, Snow Ball toss and a meet and greet with Kristoff and Olaf. (Link)

April 18 – The rumored gondola system which will connect Epcot, Disney’s Hollywood Studios to some of the surrounding resorts appears to be full steam ahead. (Link)

April 20 – A recent survey (which typically precedes any changes at Disney) is indicating a Star Wars-themed resort may be on the horizon. The resort is rumored to be built like an actual starship and would be an all-inclusive experience with live performers, flight training, ship exploration, light saber training and personalized secret missions. It will also include admission to the new Star Wars themed land currently being built at Disney’s Hollywood Studios. (Link)

April 21 – Even though Walt Disney World doesn’t sponsor Dapper Day, they will still be offering some fun specials to celebrate the occasion including boxed lunches, floral offerings and specialty cupcakes. (Link)

April 11 – Goldman Sachs has added Disney to its America’s conviction buy list and reiterated its buy rating. This is an affirmation that the upcoming slate of Disney movies is the best ever. (Link)

April 18 – The Walt Disney Archives exhibit at this year’s D23 Expo will be “A Pirate’s Life for Me: Disney’s Rascals, Scoundrels and Really Bad Eggs” which will salute Disney’s favorite pirates such as Captain Hook and Captain Jack Sparrow. (Link)

April 10 – Thor: Ragnorok trailer was released and if you keep a close eye you will catch an appearance of the reimagined Disneyland attraction Guardians of the Galaxy: BREAKOUT (about 57 seconds into the trailer).

April 14 – Disney’s Beauty and the Beast live action remake has surpassed the $1B mark. (Link)

April 14 – The Star Wars: The Last Jedi trailer was released at Star Wars Celebration in Orlando.

April 17 – Guardians of the Galaxy director James Gunn is slated to return to the franchise for Vol. 3. (Link)

April 19 – On Sunday, May 7 at 8:00pm (Eastern) Freeform will premiere a television special “Disney’s Fairy Tale Weddings”. The show will be hosted by Ben Higgins and Lauren Buchnell from ABC’s The Bachelor.  (Link)

April 19 – Kiera Knightly is returning to the next installment of “Pirates of the Caribbean: Dead Men Tell No Tales”. This was confirmed when she popped up in the international trailer for the film.

April 20 – Will Smith is in talk to play Genie in Disney’s live-action remake of Aladdin. (Link)

April 20 – The Disney Channel Original Movie Life-Size which originally starred Tyra Banks and Lindsey Lohan is getting a sequel. (Link) 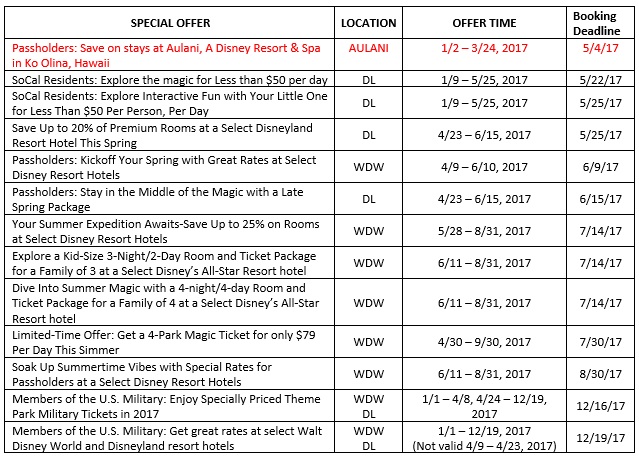 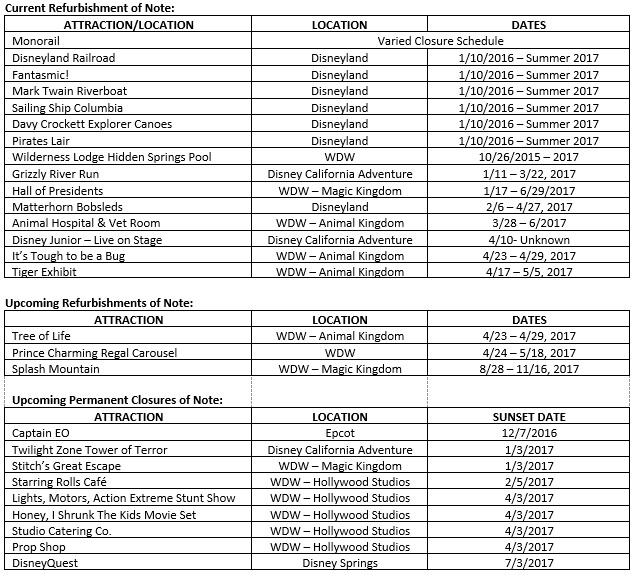 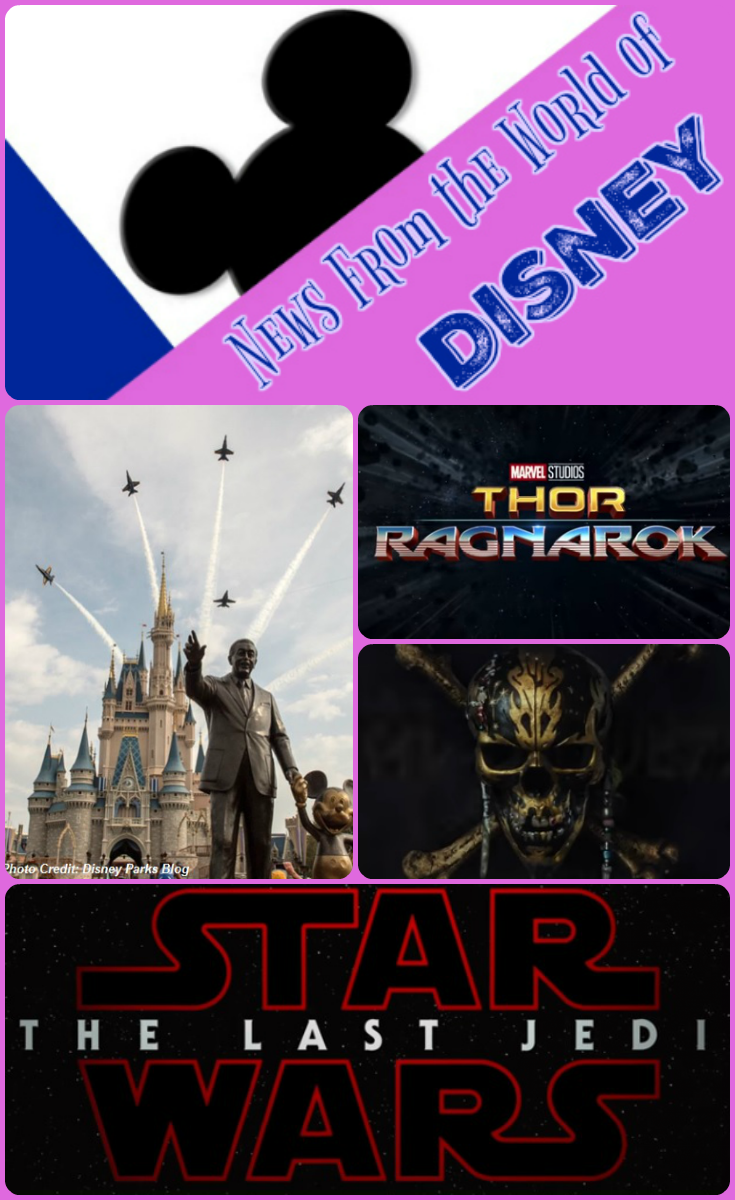