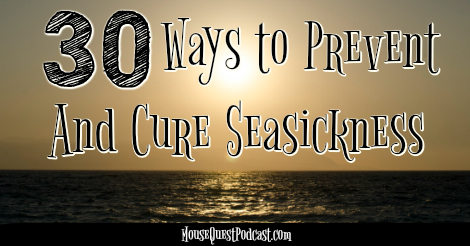 
A common misconception when cruising is that passengers will get seasick. This doesn’t have to be the case with some targeted pre-planning and common sense cures. Here are 30 ways to prevent and cure seasickness.

When my family first decided to voyage on Disney Cruise Line we weren’t sure how our then 5-year-old daughter would handle the pitching and rolling that sometimes comes with cruising since she hadn’t experienced much seagoing in her young life. After much research (a lot of which is below) we found what worked for her and had a *MAGICAL* vacation.

To start with, we should define exactly what seasickness is: Medically speaking it is caused when the Vestibular Apparatus in the inner ear is sending signals that do not match the sensations of motion the body is seeing and feeling. Simply, it’s the fact that your brain, inner ear and eyes are all sending different signals to your brain causing nausea which can lead to vomiting and, in some cases, severe dehydration. So basically… it’s all in your head.

There are three categories of seasickness treatment: Prevention, Non-Medicinal and Medicinal. We will look at all three:

Preventing Seasickness Before You Even Board

Preventing Seasickness While on Your Cruise

The prevention method we used for our 5-year-old daughter was to pre-treat with ½ tablet of Dramamine per day starting two days prior to embarkation and continuing throughout the cruise. It worked like a dream… not even a hint of seasickness. Now it’s quite possible she wouldn’t have even gotten seasick… but isn’t it better to be safe than sorry?

And the Research Shows… It Truly is All in Your Head

So just for funsies I thought I would try to find the latest in medical research regarding seasickness cures and believe it or not a study was done in 2016 which gave 20 patients a placebo after visually inducing seasickness and found that simply telling the patients that they were receiving treatment combined with verbal suggestion that they would be fine achieved reduction in symptoms. So what does that mean… it’s all in your head. Seasickness really is more about body awareness than a medical ailment so having a positive outlook is half the battle.

DISCLAIMER: If you are indeed susceptible to seasickness, you should check with your family physician prior to cruising. There are prescription strength remedies they can match to your specific condition. 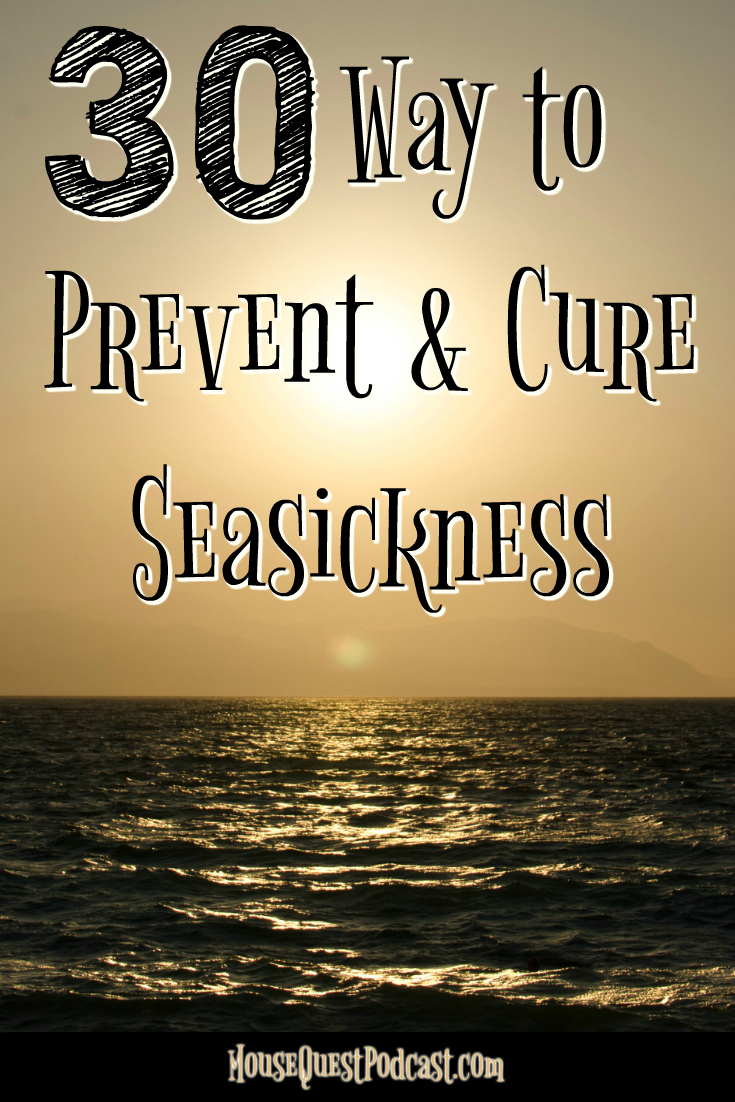