Here is your latest News From the World of Disney for the period of February 10 – February 23, 2017. As the parks ramp up for major changes over the next few month we have news about progress as it happens.

February 10 – A new website was created to let guests get a preview of the new World of Avatar. (Link)

February 10 – The runDisney Virtual Running Shorts Series is returning this summer. The races include doing three 5Ks of your choosing either on your own or as part of an organized race. The Virtual Races will go on sale Tuesday, April 11. (Link)

February 11 – Theme park ticket and annual pass prices increased. One day tickets increased approximately $5 for each of the three tiers. Preferred parking is also increasing from $35 to $40.  (Link)

February 13 – Geyser Point Bar & Grill is now open Disney’s Wilderness Lodge. A great feature of Geyser Point is the fact that it is located on the water’s edge with a wonderful view of Bay lake.  (Link)

February 15 – The 20th year of Atlanta Braves spring training has started and on February 25 you can see them as well when game begin. (Link)

February 16 – Permits have been submitted for a proposed gondola system which will transport guests between Epcot and Disney’s Hollywood Studios with possible stops at Disney’s Boardwalk Inn, Disney’s Caribbean Beach Resort, Disney’s Art of Animation and Disney’s Pop Century. (Link)

February 21 – A new fireworks viewing opportunity is coming. Sip, Savor and Sparkle will debut February 24 at California Grille at Disney’s Contemporary Resort. The cost is $99 per person plus tax and gratuity.  (Link)

February 23 – Aerial photos of the progress at Disney’s Hollywood Studios have been released. (Link)

February 13 – A fire broke out at the Disneyland Mickey & Friend parking structure. There was damage to seven vehicles and four Disney cast members were treated for smoke inhalation. (Link)

February 14 – A tale as old as time is coming to Disneyland. For a limited time, special dining options, merchandise and shows will take place. (Link)

February 16 – The opening date for Disney’s California Adventure’s Guardians of the Galaxy: Mission Breakout will be May 27. (Link)

February 13 – The Disney Channel show Elena of Avalor has been renewed for a third season. (Link)

February 15 – Season one of Tangled: The Series hasn’t even premiered yet a second season has already been ordered. The season one premiere takes place on March 24. There will also be a new Disney Channel Original movie, Tangled Before Ever After on March 10. (Link)

February 16 – A deleted scene from Moana will be included on the DVD release. The scene will feature Moana’s six older brothers. (Link)

February 16 – Star Wars Force Friday II is coming on September 1, 2017. Beginning at 12:01am merchandise such as toys, collectibles, books and apparel will go on sale starting the countdown to the release of Star Wars: The Last Jedi.  (Link)

February 17 – Angela Lansbury will star as the balloon lady in the Mary Poppins Returns. (Link)

February 17 – Entertainment Weekly is doing a March Madness style bracket challenge to find the best Disney Song. Be prepared: some of these choices are hard. (Link)

February 18 – James Earl Jones and Donald Glover will star in the live-action remake of The Lion King. Jones will revive his role at Mufasa while Glover will voice the adult Simba. (Link)

February 20 – A new mini-trailer was released for Beauty and the Beast showing Bell (Emma Watson) singing the opening number for the movie.

February 20 – Lindsay Lohan has taken to social media to promote herself as Ariel if Disney ever does a live-action remake. (Link)

February 15 – The Cruise Critics’ Awards have been announced and Disney Cruise Line was a big winner. (Link)

February 21 – Disney Cruise Line released their Summer 2018 destinations which includes Italy, the British Isles, the Baltic Sea and the Norwegian Fjords for the Disney Magic and Alaska for the Disney Wonder. (Link)

This video of a ‘train wreck’ at Epcot from 2009 has been making the round on the internet lately. It’s still funny today. 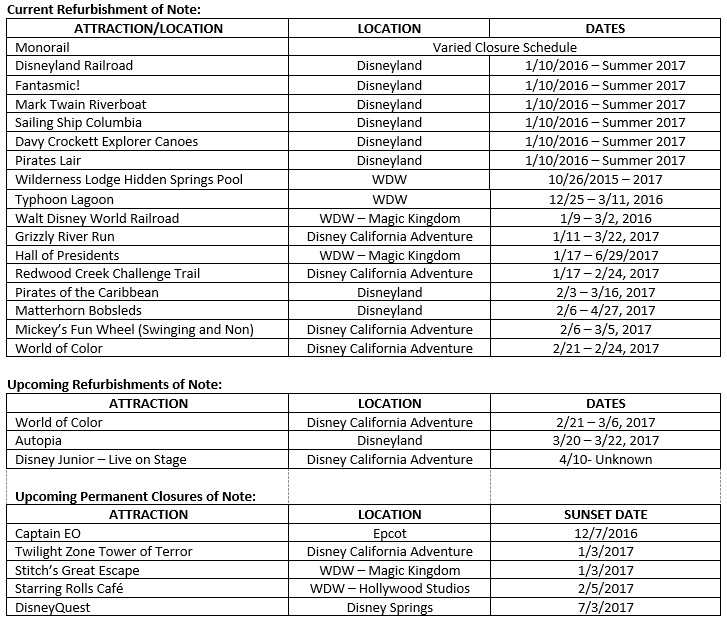 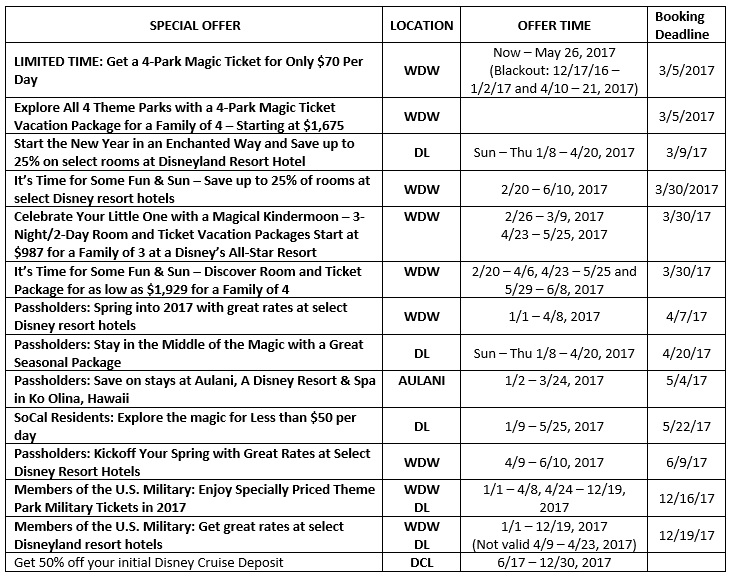