EDITOR’S NOTE: After a long (and amazing) Christmas vacation we are back and ready to give you the best Disney content to help you plan your practically perfect Disney experience.

Here is your latest News From the World of Disney for the period of December 16 – 29, 2016. This period included news of great sadness when the Star Wars universe and Disney Channel movies lost iconic actresses with the deaths of Carrie Fisher (Princess Leia) and Debbie Reynolds (Agatha Cromwell in Halloween Town).

December 16 – Several types of MagicBand2 MagicKeepers were previewed on the Disney Parks Blog. The neat new collectible comes in the shapes of Minnie, Mickey and a ‘puck’ style. (Link)

December 17 – If you are a resident of Kentucky, Maine, Minnesota, Missouri, Montana, Oklahoma, Pennsylvania, South Carolina, or Washington you will need to have an alternate form of identification for travel beginning January 22, 2018. This includes domestic travel! This is your one year warning to get a passport. (Link)

December 17 – Pictures of the medals for the runDisney Star Wars Wars Half Marathon – The Dark Side race which will be held at Walt Disney World April 20-23 were released. (Link)

December 18 – Discovery Trail around the Tree of Life at Disney’s Animal Kingdom are now open as construction nears completion. (Link)

December 20 – Walt Disney World Annual Passholders now have a shortcut to enter the theme parks with a dedicated entrance just for them. (LInk)

December 20 – The DVC Lounge at Epcot was such a success it will remain open through 2017. (Link)

December 23 – Disney on Broadway Stars will be entertaining crowds at the Epcot International Festival of the Arts. The stars will perform your favorite songs from Disney’s Beauty & the Beast, Tarzan, Mary Poppins, The Little Mermaid, Newsies, Aladdin, and Disney’s The Lion King. (Link)

December 24 – When a hotel fire hit a Kissimmee motel, Disney stepped in and offer displaced guests two nights at a Disney resort and even threw in theme park tickets. (Link)

December 28 – Beginning on January 9, 2017 Magic Kingdom Park will be opening Main Street, U.S.A. earlier than the rest of the park. There will also be a new welcome show on the Forecourt Stage in front of Cinderella Castle. (Link)

December 24 – Disney Legend and Public Relations Guru Charlie Ridgeway sadly passed away on Christmas Eve. For more than 40 years, he was instrumental in almost every Disney media event from the opening of Magic Kingdom Park in 1971 to the opening of Disney’s Animal Kingdom and beyond. (Link)

December 19 – In more great news for Walt Disney Studios, they are now the first movie studio to gross over $7 billion in a calendar year. The previous record as held by Universal in 2015 at $6.89 billion. (Link)

December 19 – Dick Van Dyke announced that he, along with the previously announced Emily Blunt and Lin-Manuel Miranda, will appear in Mary Poppins Returns as well as Meryl Streep and Angela Lansbury. (Link)

December 20 – Three of the stage hosts for April’s Star War Celebration have been announced. Warrick Davis, David Collins and Amy Ratcliffe will be the hosts of the Celebration Stage, Digital Stage and Behind-The-Scenes stage, respectively. (Link)

December 27 – Hulu streaming service has added almost 50 movies to their service. This includes several Disney titles such as The Nightmare Before Christmas, Mulan, Pocahontas, Hercules and Sister Act. (Link) 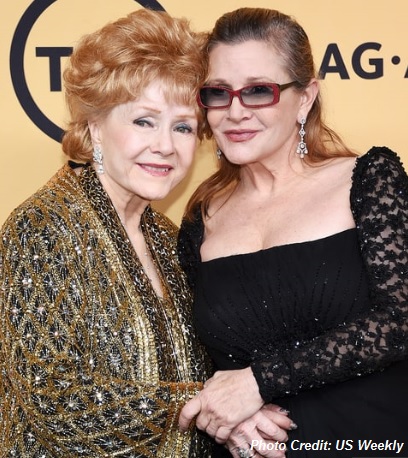 December 27 – The entertainment world was rocked when Carrie Fisher, best known for her role as Princess Leia in the Star Wars Universe, passed away at the age of 60 after an apparent heart attack. Fisher had just finished filming her part in Star Wars: Episode VIII. Interestingly, reports claim Disney, protecting their investment, had insured Fisher for $50 million as Fisher was supposed to have a large role in Star Wars: Episode VIX which will now cost Disney many millions to either rewrite or use visual effects. (Link) 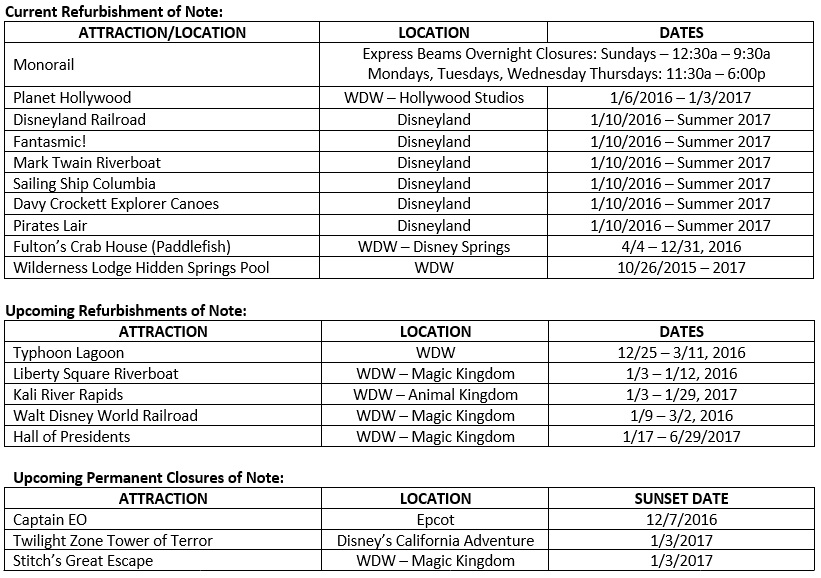 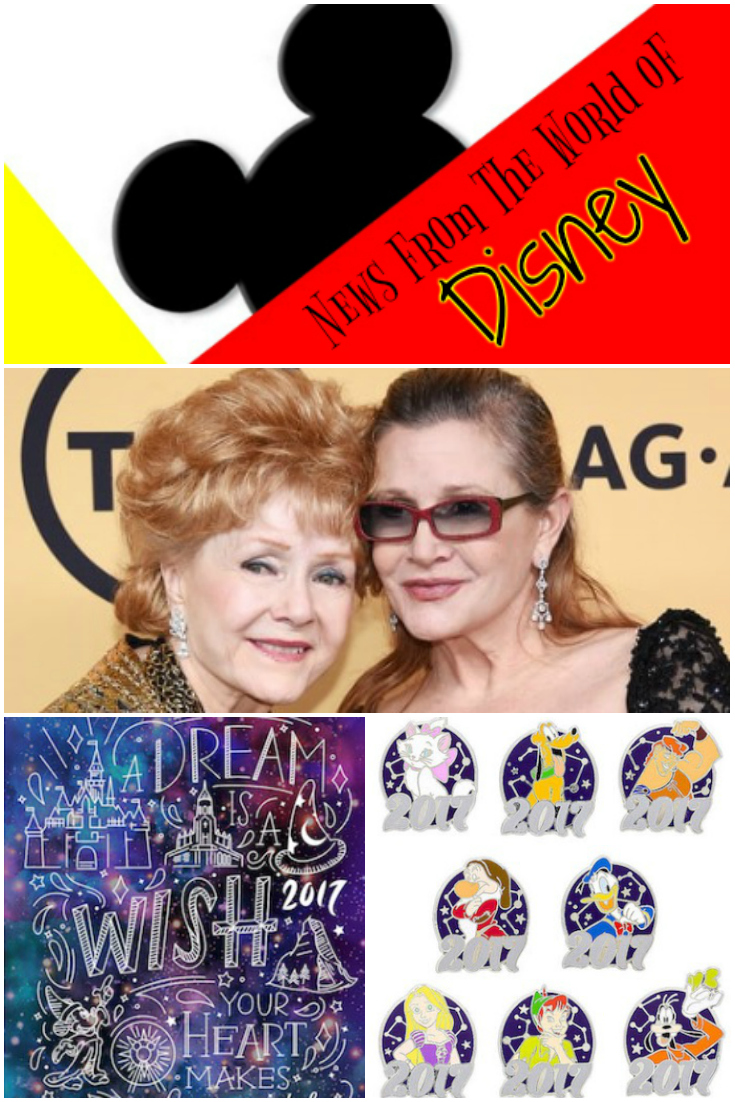