Here is your latest News From the World of Disney for the period of December 2 – 15, 2016. Even though the end of the year of typically a slow time for Disney Parks news there is still some interesting news coming out of the entertainment side with multiple nominations for Disney movies. 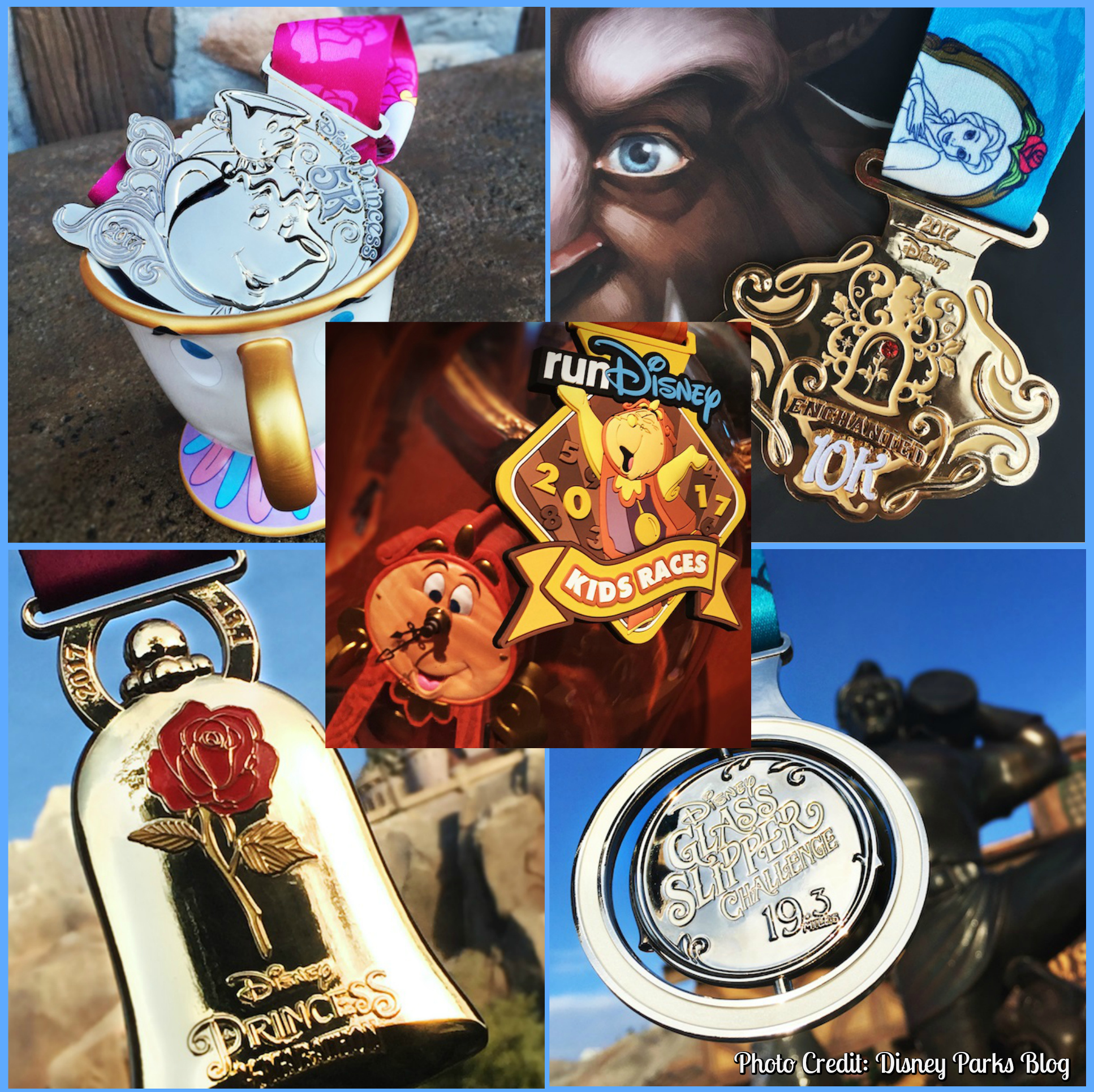 December 5 – To celebrate the release of the new Disney live action feature Beauty & The Beast runDisney Princess Half Marathon weekend will take its inspiration from the movie. The inspiration even extends to the event medals. (Link)

December 8 – Disney Imagineers are trying to up the game of animatronics. They are seeking a patent for a ‘gaze tracking and recognition with image location’. (Link)

December 8 – DVC Annual Condominium Association Meeting was held and the focus was providing membership magic – ever after. The ways they plan to do this is through value, flexibility, the Disney Difference and extras. Also discussed were the annual dues which range from $5.60 per point (Saratoga Springs) to $6.59 per point (Animal Kingdom Lodge) at the Walt Disney World properties and $5.61 per point (Villas at Grand Floridian) to $8.11 per point (Vero Beach Resort). (Link)

December 8 – Disney After Dark is returning. The event nights are January 20 & 27, February 2, 9 & 16 and March 2 & 9. The hours are three hours after park closing. However, guests can arrive as early as 7:00pm. The event costs $110 and includes select beverages and ice cream treats. This is actually $30 less than is was when it  was offered last spring. (Link)

December 14 – The 2017 Pro Bowl festivities at the ESPN Wide World of Sports Complex will feature a Pro Bowl Skills Showdown and will be aired on ESPN on January 26 at 7:00pm. The competitions will include: Epic Pro Bowl Dodgeball, Power Relay Challenge, Precision Passing and Best Hands. (Link)

December 16 – Alcohol will now be available in four more locations in Magic Kingdom Park. The locations are Tony’s Town Square, Jungle Skipper Canteen and Liberty Tree Tavern. Master sommeliers will be choosing specially selected pairing for each location. Cinderella’s Royal Table will also be adding champagne to its menu. (Link)

December 7 – Disneyland is getting its own version of Splitsville Luxury Lanes. The estimated open date is Late 2017. (Link) 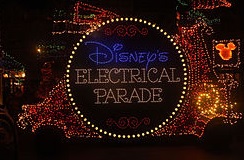 December 5 – For those wanting one last view of the Main Street Electrical Parade you will get your chance when it steps off in Disneyland on January 20. The parade will then be sunsetted forever on June 18. There will also be a special showing on January 19.  (Link)

December 15 – There are new security screening locations in place at Disneyland. The locations are next to the Mickey & Friends parking structure, the ESPN Zone and an access way from Disney’s Grand Californian Hotel & Spa. (Link)

December 7 – Bob Iger was named the #1 most influential person is sports. This comes largely due to Disney’s control of ESPN and the NFL stadium project in Carson, California. (Link)

December 12 – Everyone has seen the picture of Tom Hanks with dots all over his body while filming “The Polar Express”. Disney Research has found a way to reduce the number of sensors required when get that motion record thereby leaving the performer’s movement unencumbered. (Link)

December 13 – The Gap clothing story announced a partnership with Disney last July. That partnership is now hitting the shelves in waves. This first wave was released on December 12 will feature clothing inspired by Mickey & Minnie Mouse. December 26 will release a second wave spotlighting Dumbo with a more releases scheduled for 2017. (Link)

December 14 – Paperwork has been filed in Louisiana by Disney to shoot the first season of a show called Shadows. While there isn’t much info about this series, some are speculating this might be related to Star Wars: Shadows of the Empire – a Star Wars story which takes place between Empire Strikes Back and Return of the Jedi. (Link)

December 14 – The Screen Actors Guild nominations were announced and Captain America: Civil War and Doctor Strange were both nominated for Outstanding Action Performance by a Stunt Ensemble in a Motion Picture. (Link)

December 15 – Disney Channel’s Bizaardvark has been renewed for a second season. (Link)

Our Disney funny of the week comes from Pixie Dust Required. 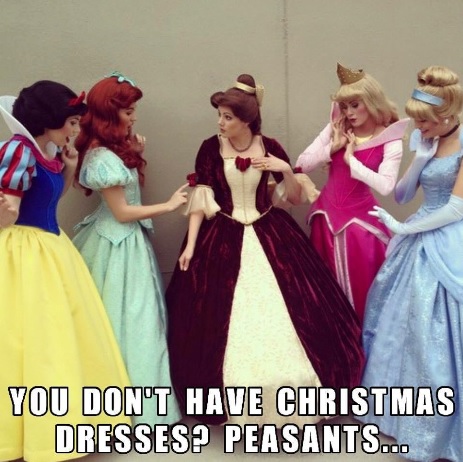 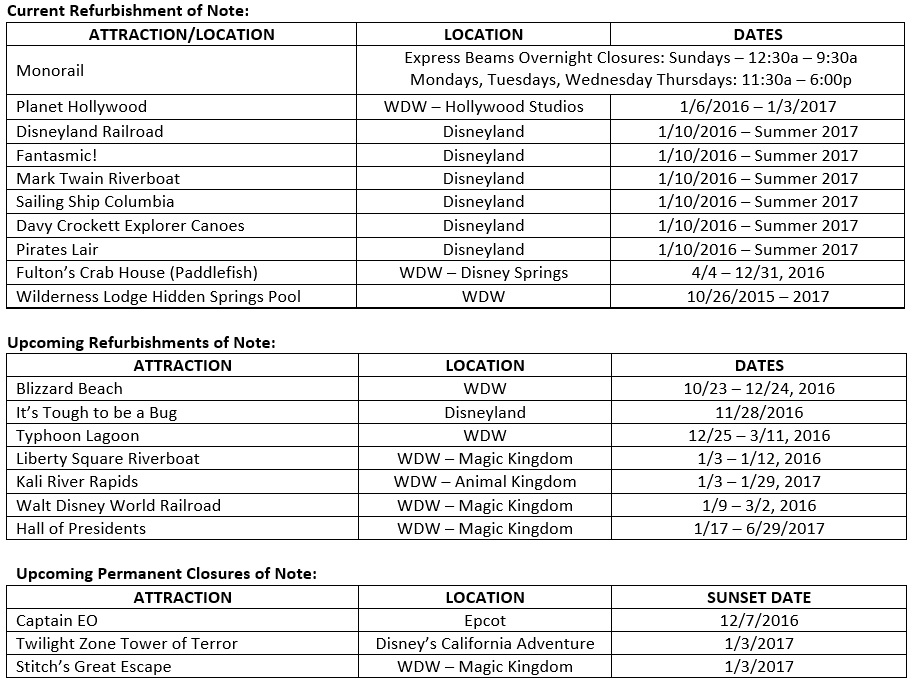 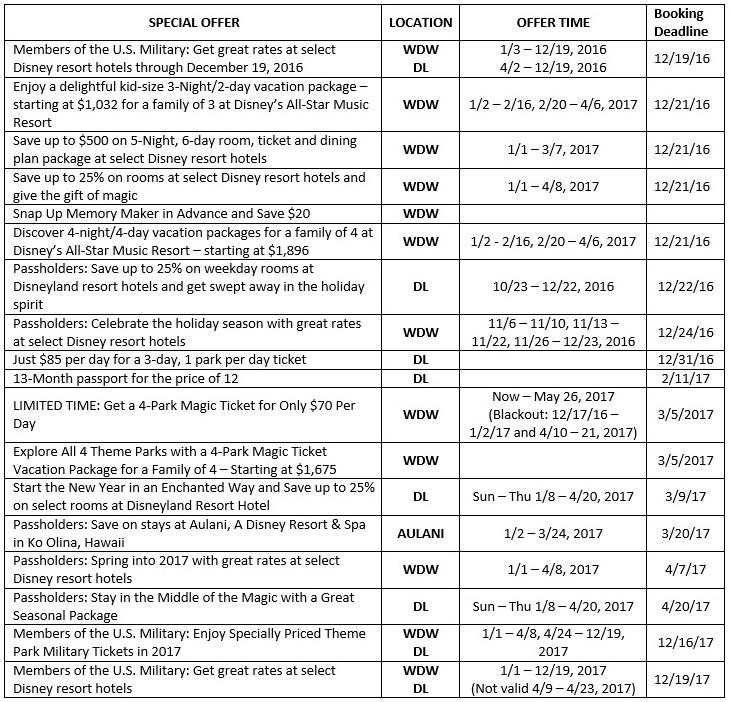 Before we leave you we want to wish all our readers a wonderful holiday filled with the joys and spirit of the season!