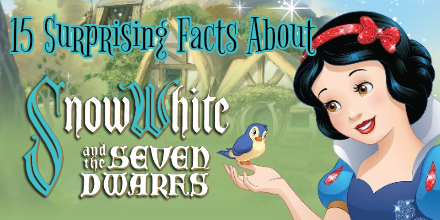 To celebrate this week’s 79th anniversary of the premiere at the famed Carthay Circle Theatre on December 21, 1937 we have found 15 surprising facts about Snow White and the Seven Dwarfs:

What is your favorite fun fact about Snow White & The Seven Dwarfs? Tweet us @MQPodcast.