Here is your latest News From the World of Disney for the period of November 4 – 17, 2016. This period was full of some fun announcements in both the Disney Parks and Entertainment.

November 7 – The park maps for the 2016 Mickey’s Very Merry Christmas Parties have been released. 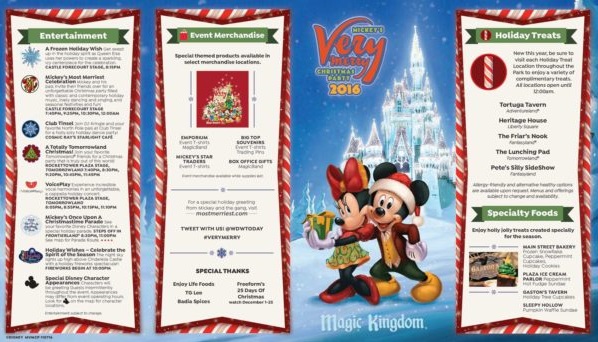 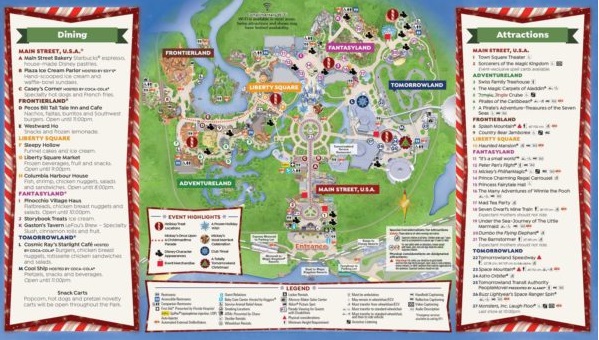 November 7 – Walt Disney World has reversed that sunsetting of DisneyQuest. Employees received an email stating the entertainment complex would indeed be open into 2017. The NBA Experience planned for that location is still planned. (Link)

November 7 – There are new Dooney & Bourke Handbags available at selection locations in the Disney Parks and on the Shop Disney Parks mobile app.

November 8 – Walt Disney World has received permission from the FAA to fly drones in a new holiday show at Disney Springs. (Link) 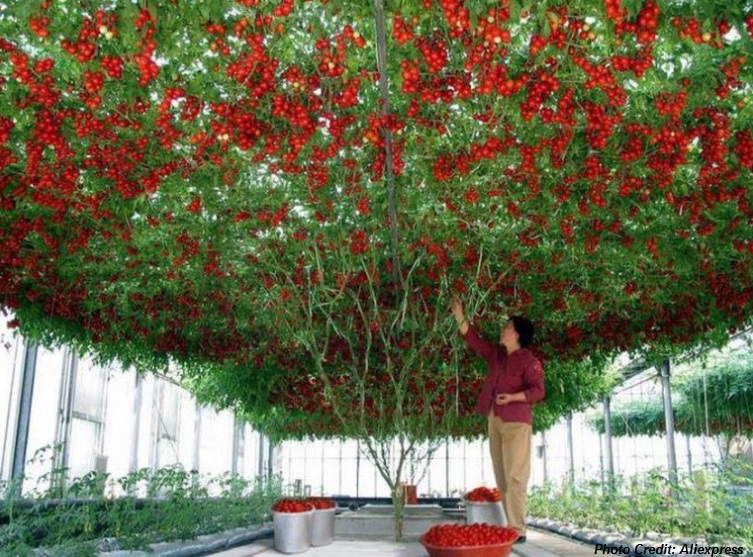 November 8 – The World Record Academy certified that the Tomato Tree at the Land Pavilion at Epcot is the most tomatoes harvested from one plant in one year. 32,194 tomatoes were harvested for a total weigh of $1,154.84 pounds. (Link)

November 14 – Imagine Santa, snowflakes, candy canes and Christmas trees dancing in the sky. That is exactly what happened when Disney received their permission from the FAA to fly drones over Disney Springs. (Link)

November 14 – Receiving packages at a Walt Disney Resort Hotel will now require a $5.00 per package handling fee. At this time, the fee does not apply to Garden Grocer or similar delivery companies. (Link)

November 16 – Typhoon Lagoon will be closed November 20 & 21 due to forecasted cold weather. (Link)

November 17 – We finally have a complete list of narrators for the 2016 Candlelight Processional. (Link)

November 17 – Moana will make her first in-person appearance this week at Aulani, a Disney Resort & Spa. She will make her way to Disneyland and Walt Disney World later this week. (Link)

November 18 – The rumor of a reimagined MagicBand appears to have come to fruition. Those attending the D23 Destination D event got a preview of the new MagicBand ‘puck’ which can still be worn as a bracelet but also can be on a keychain or lanyard. (Link) 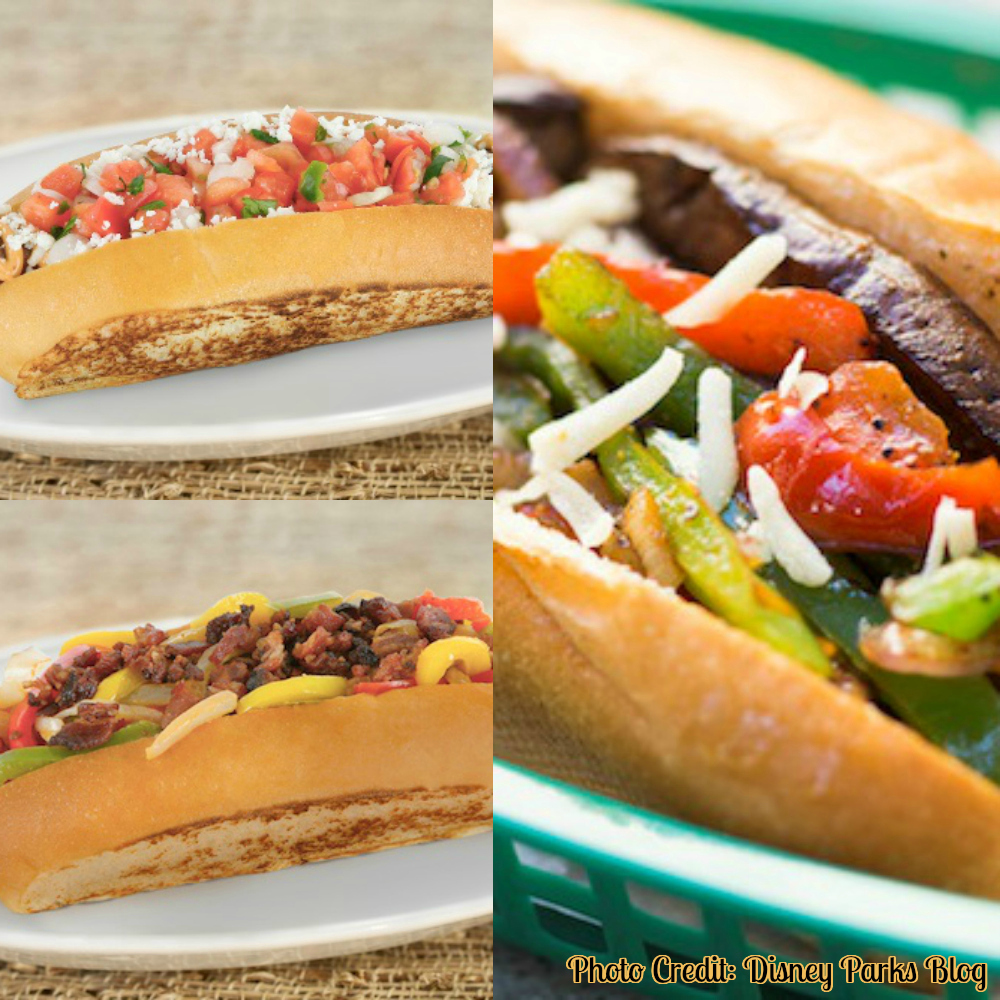 November 15 – The Themed Entertainment Association Awards were announced. Ghost Post at Disneyland received the award for Connected Immersion on a Limited Budget. (Link)

November 17 – How cool would it be to own one of the stretching portraits from the Haunted Mansion? This and over 1,000 other rare Disneyland memorabilia will be sold at the Souvenirs of Disneyland sale held by Van Eaton Galleries in Sherman Oaks. The stretching portrait is expected to sell for the low, low, low bargain price of approximately $35k. (Link)

November 9 – Shanghai Disneyland will be expanding with a new Toy Story Land. (Link)

November 15 –  Nick Arciniaga and Lindsey Carter were the male and female winners of the Avengers Super Heroes Half Marathon held at Disneyland. (Link)

November 12 – Disney Cruise Line added a 3-Night cruise on the Disney Fantasy departing May 17 which will stop twice at Castaway Cay. (Link)

November 15 – A woman was airlifted from the Disney Wonder 50 miles east of Galveston after falling down the stairs. The woman is listed in stable condition. (Link)

November 11 – The Walt Disney Company held their quarterly earnings call where they revealed that, while earnings goals weren’t met, 2016 was the 6th consecutive year of revenue growth. It was also revealed that Shanghai Disneyland is exceeding expectations and we might be seeing some new resort hotels in Disneyland and Walt Disney World. (Link)

November 15 – Oh My Disney released the full line-up of Disney, Star Wars and Marvel Universe movies for the next three years. (Link)

November 16 – Casting for the new live-action version of Mulan is underway in Hawaii. Interestingly, the male lead is not the commander of the rag-tag unit of citizen soldiers as Shang was in the animated feature. It is actually a character named Chen Honghui who is one of Mulan’s fellow recruits.  (Link)

November 17 – Just in time for the release of Moana, Disney is adding what is sure to be a very popular character to it’s line-up of smartphone app games including a brand new paid app called Moana: Rhythm Run. The character of Moana is also being added to Disney Emoji Blitz, Disney Crossy Road, Disney Story Central and Disney Jigsaw Puzzles. (Link)

November 17 – Sweet Niblets, Hannah Montana is returning to the Disney Channel for a marathon starting December 3 running through December 29 which will include the entire show. (Link)

November 11 – Two new stores will be opening in Disney Springs this winter: LiveTrends and Stance. (Link) 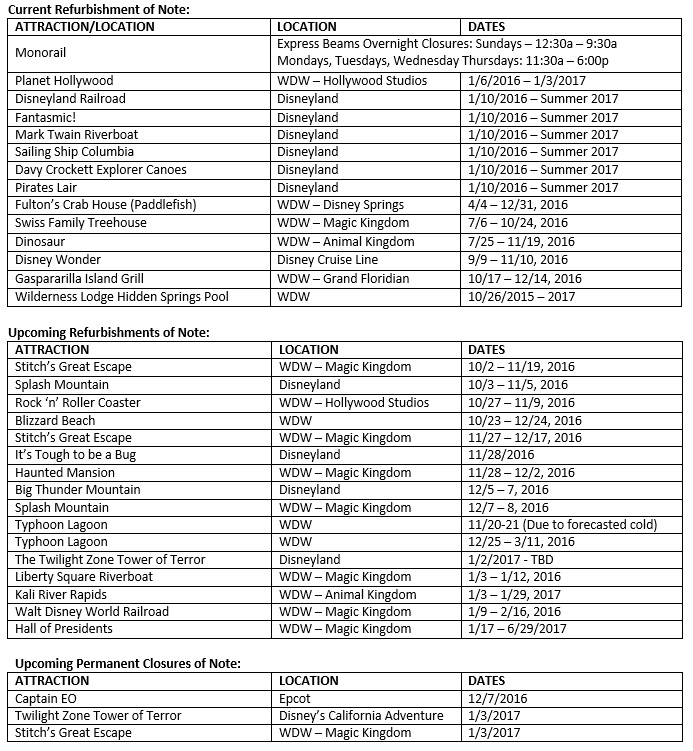 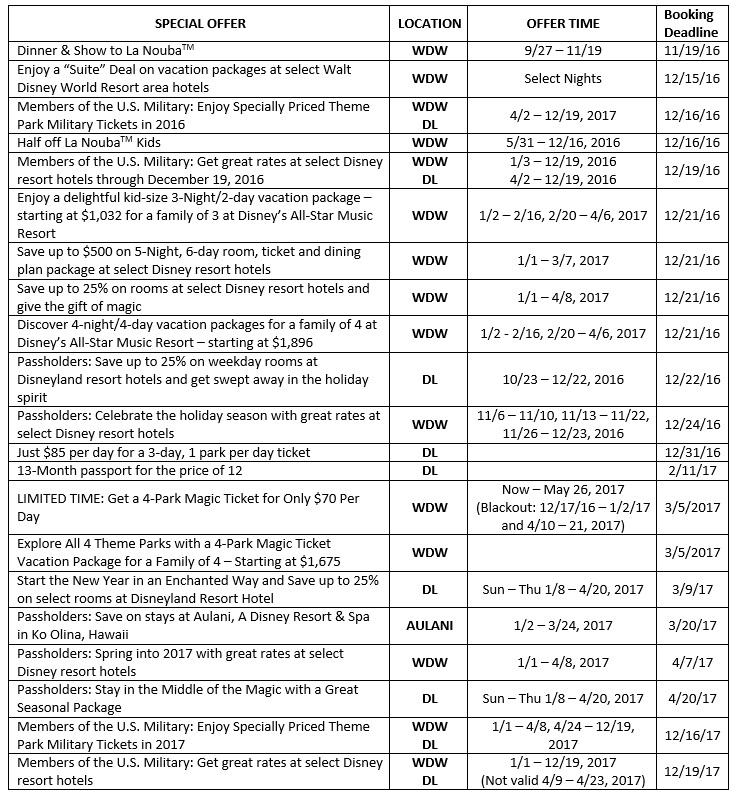