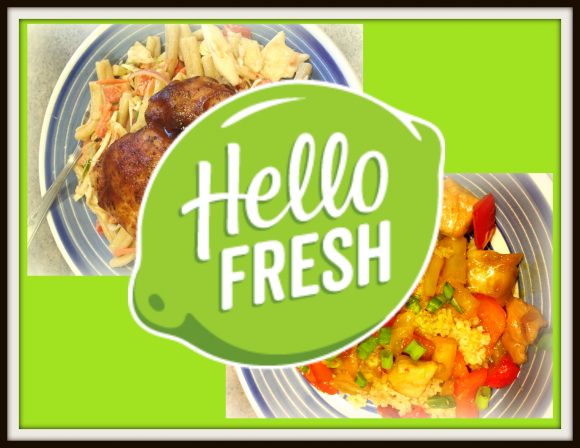 For this week’s #FoodFriday I have to say I am all fooded out. Turkey… Stuffing… Cranberry Sauce… Sweet Potatoes… UGH? If I never eat another pumpkin pie it will be too soon (until Christmas).

So let me introduce you to Hello Fresh.

It’s the perfect thing for those folks who struggle to get to the grocery store on a regular basis. Get this.. all the food and ingredients you need to prepared a healthy gourmet meal are delivered directly to your house!! If you are like me you are running from practices to meetings to more practices and to even more meetings. I need all the help I can get.

I am always trying to find ways to maximize my time. I look for shortcuts, re-organization of tasks and eliminating redundancies. I was able to find a fun shortcut recently when I received a free week of the mail order meal delivery service Hello Fresh.

Started in Berlin, Germany before expanding across Europe on its way to the United States, it has now served over 7.2mm meals to nine countries on three continents. This company also partners with celebrity chef Jamie Oliver and prides itself on delivering fresh ingredients with easy, tasty recipes.

The two meals I received were Barbeque Chicken with a Rainbow Pasta Salad and Sweet & Sour Pork with Bulgur Wheat. Both came with all the ingredients (except a few common staples) and an easy-to-follow recipe card. 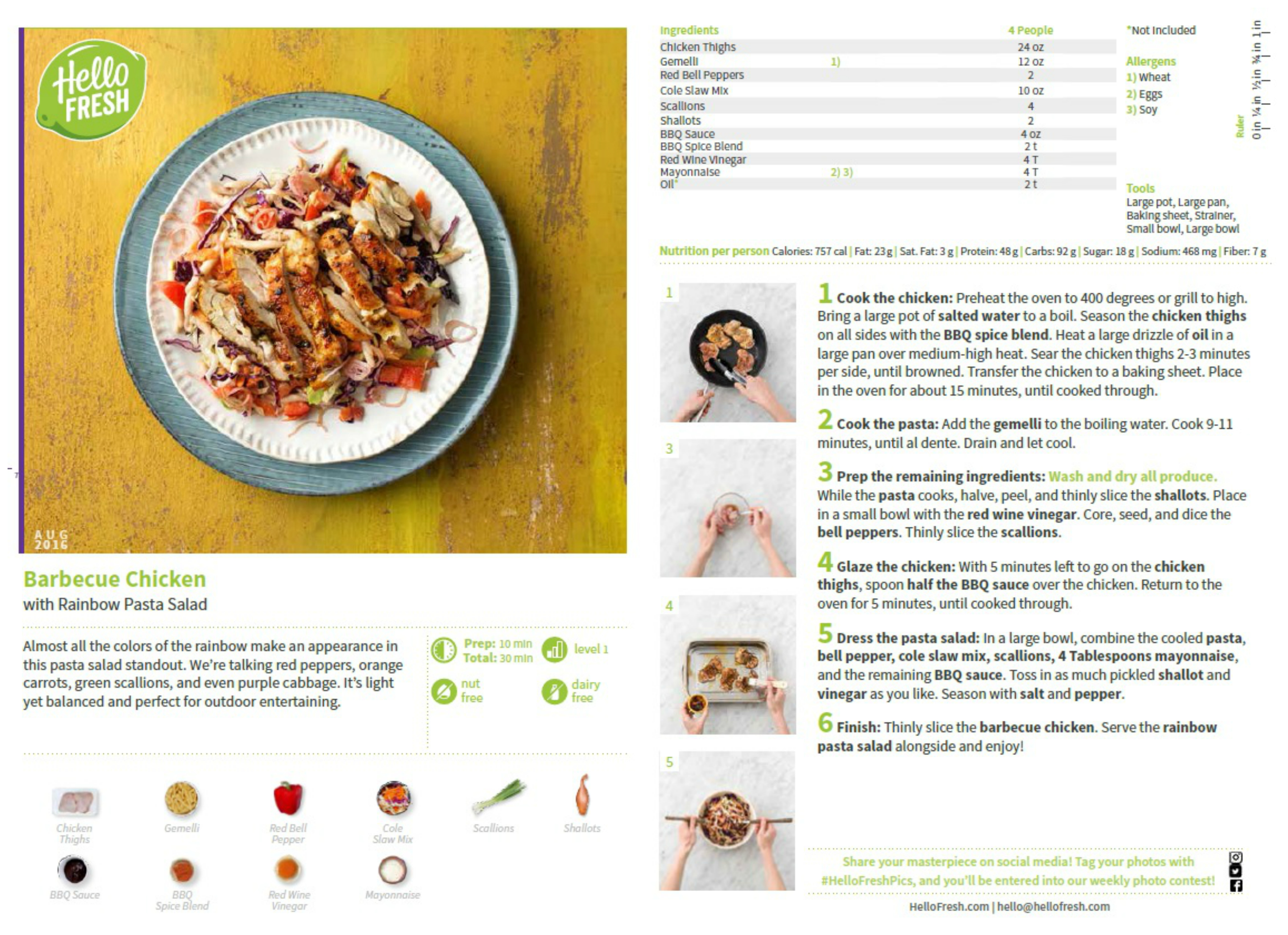 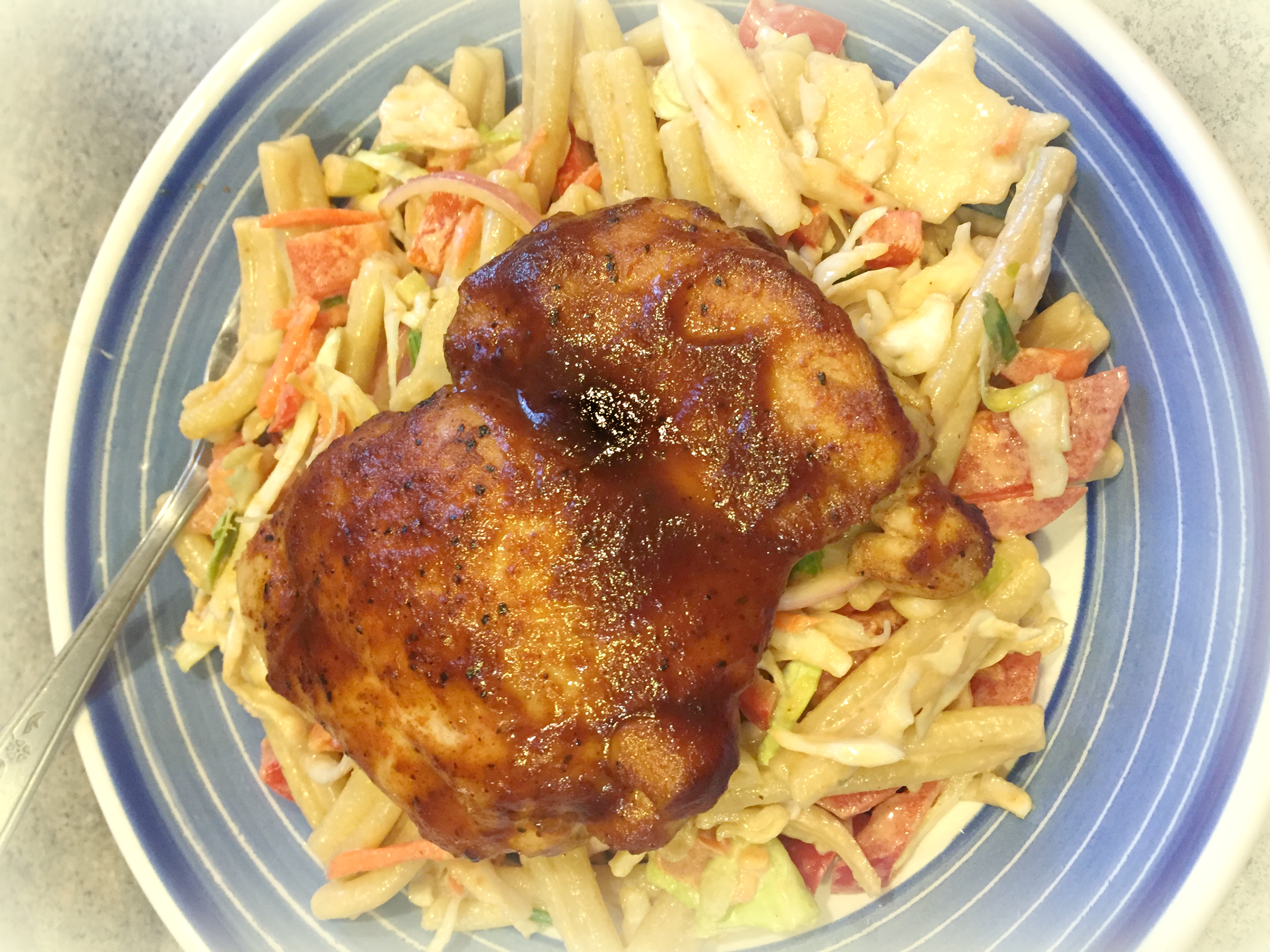 The accompaniment to the chicken was gemelli pasta with fresh red pepper and cole slaw mixed with the mayonnaise and the leftover barbeque sauce. While you might think this is an interesting combination. I can assure you, it was delicious.

The only part of this recipe which I thought was a little odd was the inclusion of shallots which were mixed with the red wine vinegar to make pickled shallots and then added to the pasta mixture. I didn’t really think this part was necessary and actually detracted from the perfectly flavored chicken and pasta.

For those with a mild palate (like myself), this recipe was perfectly spiced. I am always worried when I see something is barbeque that it might be too spicy for me but this was perfect. 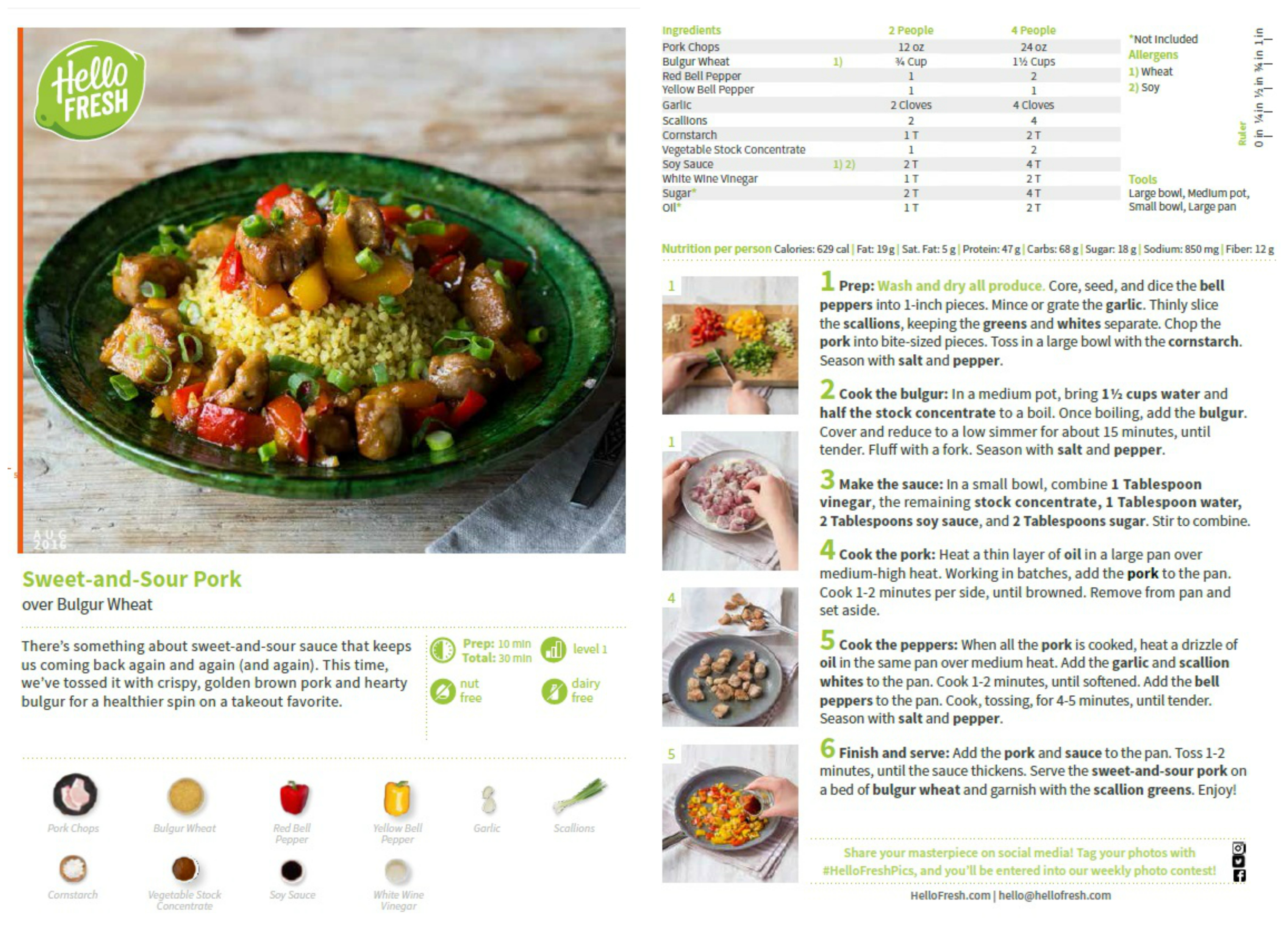 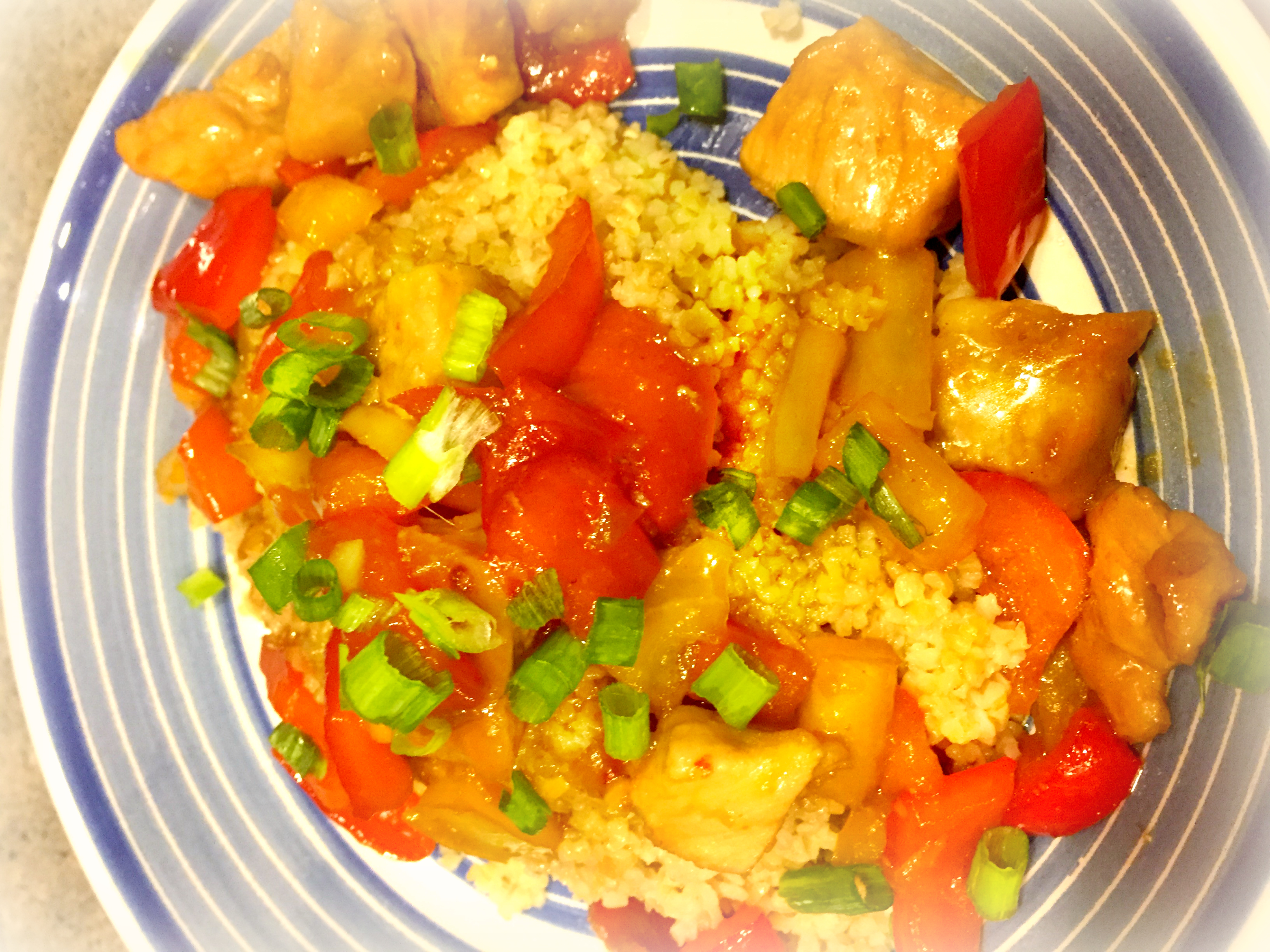 Again the flavors were perfect.

While both recipe boxes included the vast majority of the required ingredients, there were a few items in each recipe which were not in the box. However, these are staples you will likely have in your own kitchens such as flour, water and oil.

Just like the name suggests all of the ingredients were indeed fresh. From the bell peppers to the green onions, all were fresh and perfectly ripe upon delivery. Packed with dry ice packets, the meats were still cold even after sitting most of the afternoon on my hot front porch. With each meal being separately packaged in its own box, I simply placed the box I wasn’t using in the refrigerator for later use.

An interesting part of this experiment was how I realized my portions sizes are WAY off. For example, with the barbeque chicken imagine my surprise when I received only eight tablespoons of barbeque sauce to baste the chicken AND flavor the pasta. Typically, I use an entire bottle of BBQ sauce when I make BBQ chicken. However, following the recipe card to the letter I found it was indeed the perfect amount.

THOSE WITH LESS THAN ADVENTUROUS PALATES

It’s no secret that my 17-year-old daughter is a less-than-adventurous eater. This became obvious when she wasn’t a huge fan of the options I chose. While I already knew she wasn’t a fan Asian flavors such as the Sweet & Sour pork, I was quite surprised she didn’t like the pasta mixture which accompanied the Barbeque Chicken. However, I think this is more a texture issue than a flavor issue. The mixture of the cole slaw with the pasta was an interesting combination… which I loved.

So the question becomes is Hello Fresh worth the expensive? The meal plan I ordered would have cost $79.00 for four portions of two meals. That answer depends on how you value your time. Would you rather be at the supermarket (or two) looking for hard to find ingredients or enjoying the gourmet meal you prepared? If you answered the latter than I would say the Hello Fresh is worth the cost.

Consider this: Hello Fresh offer a convenient “pause” feature. If you know you have a week coming up where you are unsure how you are going to get to the grocery store simply unpause that week. Then pause again until you need it again… or one of their fabulous recipes strikes your fancy.

Wanna try Hello Fresh? Currently, they are running a special where you get $15 off your first box when you enter your email. Try it here.