Here is your News From the World of Disney for the period of October 7-20 2016. While Disney Entertainment news dominated the Disney landscape this issue, there were some interesting tidbits such as a new nighttime spectacular and it’s travel award season. 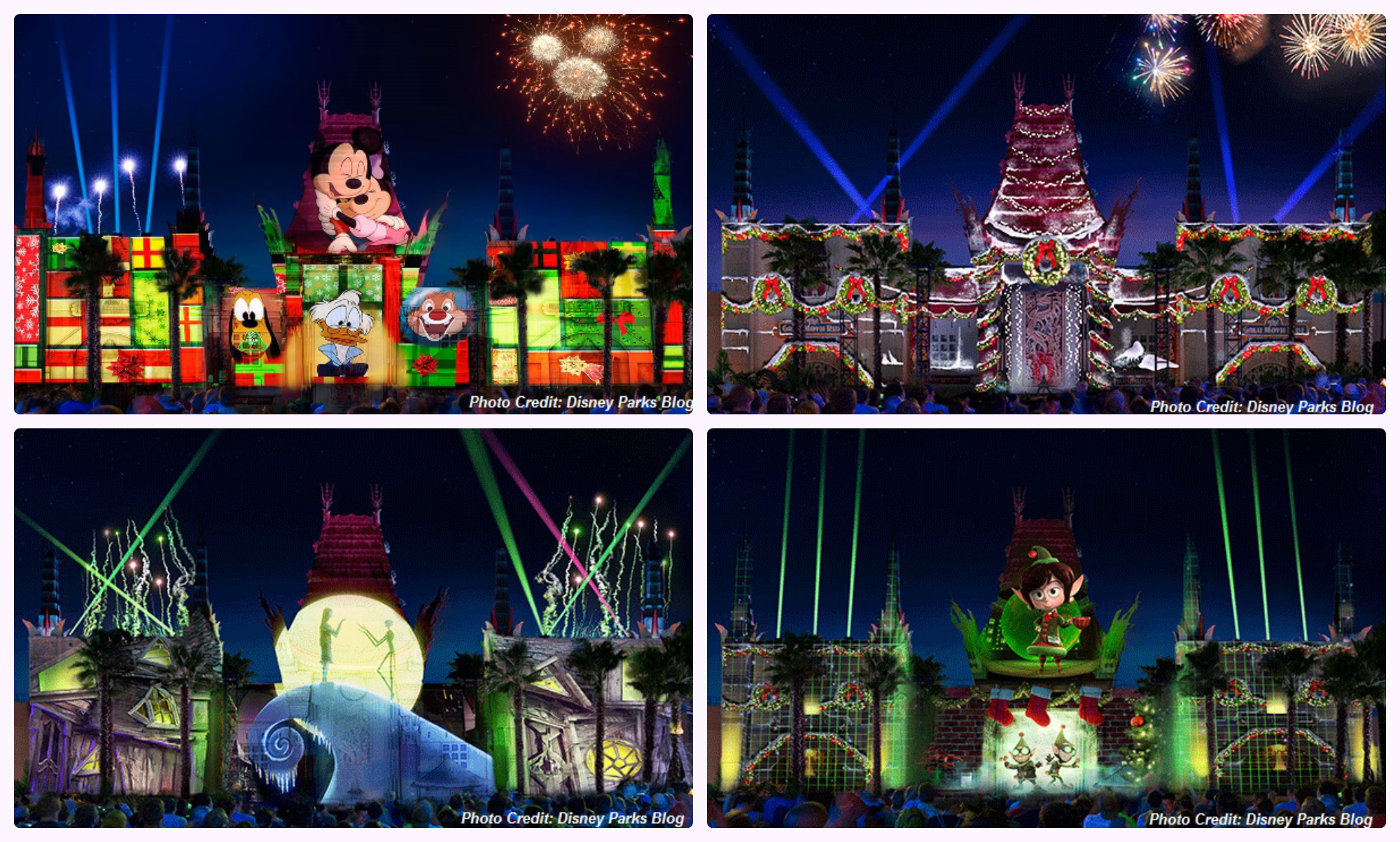 October 14 – A new holiday nighttime spectacular called “Jingle Bell, Jingle BAM” has been announced for Disney’s Hollywood Studios. The show will begin on November 14 and run through December 31. It will feature state-of-the-art projections, special effects, fireworks and a seasonal musical score. (Link)

October 15 – If you have an extra $180,000 laying around you can get married at Magic Kingdom Park after park closing in front of Cinderella Castle. (Link)

October 17 – Every year rumors fly as to when the Disney Parks Christmas Day Parade will be taped. Sometimes they are right, sometimes not so much. The battle of the rumors started this week with Chip & Co. predicting the parade will be taped December 1 – 3 while Kenny The Pirate is saying it will be November 10-12. Neither of these rumors are out of place because they have done taping in both time frames in previous years. With a completely different take, WDW Magic is saying there won’t be any parade taping only stage shows November 9-13. (Chip & Co.: Link; Kenny: Link; WDW Magic: Link)

October 19 – Are you are fan of the Sorcerers of the Magic Kingdom game? A new card, ‘Goofy’s Festive Fiasco’, will be released at Mickey’s Very Merry Christmas Party which begins on November 9. (Link)

October 19 – Disneyland Park and Disney California Adventure were named #8 and #9, respectively, on the list of Top Amusement Park in the World by Trip Advisor. (Link)

October 19 – Disneyland Paris will officially start their 25th anniversary celebration on March 26, 2017. Part of this celebration will be the opening of Star Tours: The Adventure Continues a new parade, Disney Stars on Parade and a new nighttime spectacular, Disney Illuminations. (Link)

October 21 – Disney Cruise Line announced they will be doing a Marvel Day at Sea, similar to the wildly popular Star Wars Day at Sea. These cruises will take place in the fall of 2017 on cruises departing from New York on the Disney Magic. (Link)

October 17 – Disney CEO Bob Iger will be writing a book on leadership and management for Random House. In the book, Iger will discuss the lessons he learned in his 11 years as the chief magic maker. (Link)

October 10 – A details of a leaked script called “The Legend of Mulan” was posted on a blog claiming the new live-action remake will focus on a white European trader who joins the Chinese Imperial Army because he has taken a liking to Mulan. Disney was quick to say the script, written by Lauren Hynek and Elizabeth Martin, was a ‘jumping off point’ and will have major re-writes between now and when principal photography begins. Let’s hope that’s true! (Link)

October 10 – Pandora has added a Walt Disney Records Mixtape channel which celebrates the 60th anniversary of Walt Disney Records. On the channel you will find everything from animated classic songs from the likes of Dumbo to the score from Star Wars: Force Awakens. (Link)

October 10 – The new live-action remake of Aladdin appears to now have a director attached. Guy Ritchie (The Man from U.N.C.L.E, Snatch) is slated to direct. (Link)

October 11 – Finding Dory is now Disney’s third billion (yes, with a ‘B’) dollar movie of 2016 joining Captain America: Civil War and Zootopia in the ‘Billion Dollar Club’ and making it the 4th highest grossing animated movie in history behind Frozen, Toy Story 3 and Minions. (Link)

October 13 – A new trailer for Rogue One: A Star Wars Story was aired on Good Morning America.

October 19 – The new teaser trailer for Guardians of the Galaxy 2 was released. The movie is scheduled for release on May 5, 2017.

Our Disney Funny of the Week comes to us from Disney Parks Moms Panelist alum Diane Watkins and pretty much sums up what all Disney fans are thinking about the current elections. 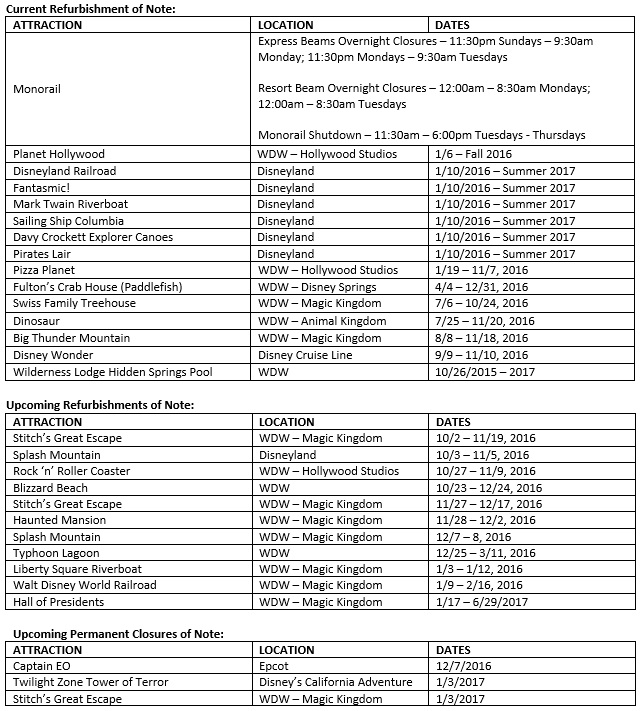 EDITOR’S NOTE: Coming in the next issue we will start bringing you a wrap-up of the special offers currently in place for the Disney Parks and destinations.