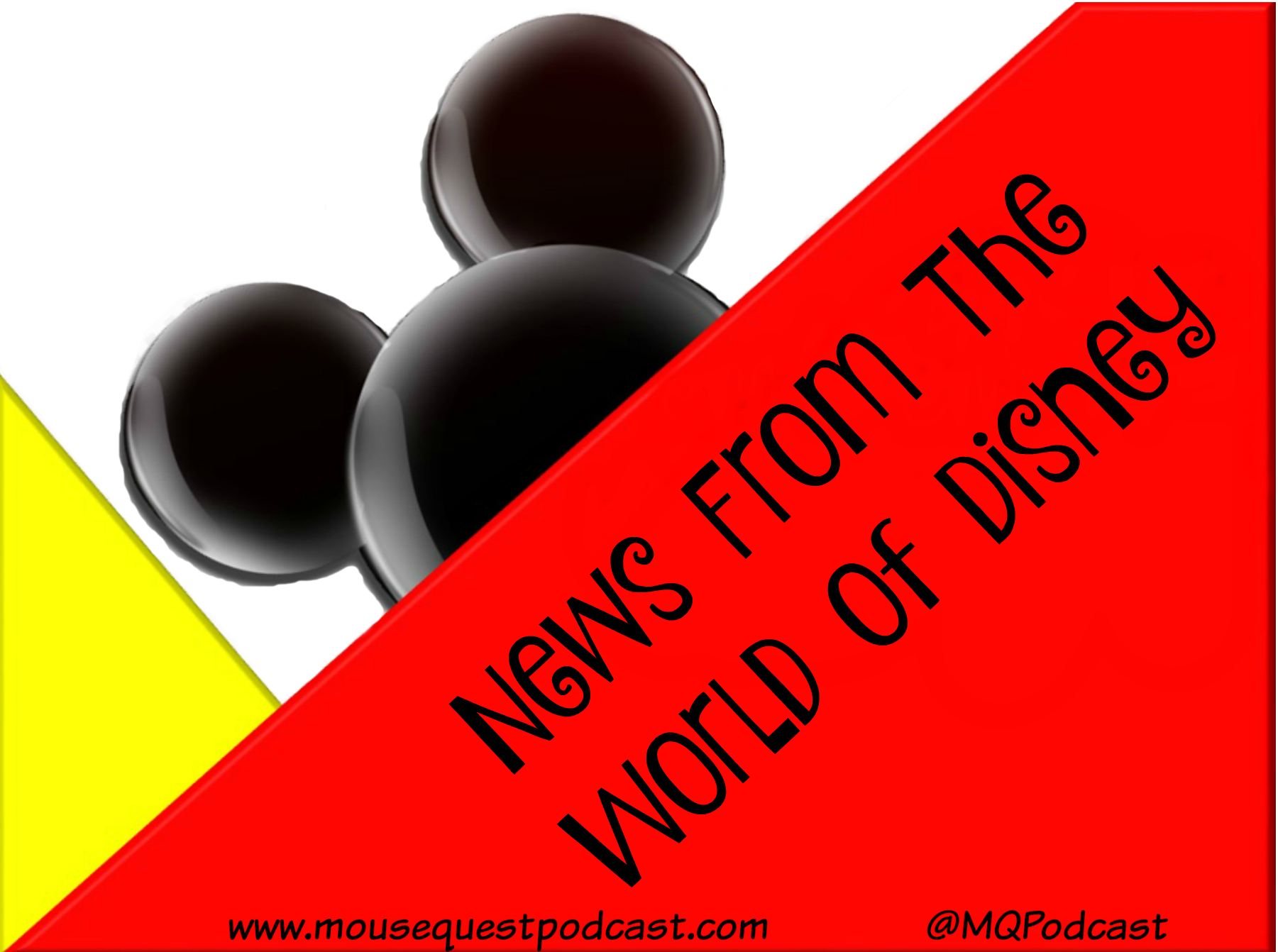 September 16 – The Shark Reef at Typhoon Lagoon will be closing on October 3. It will be making way for a raft ride called Miss Fortune Falls. (Link) 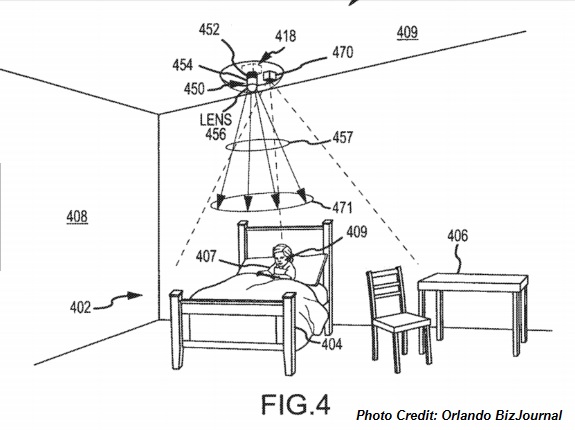 September 19 – The Walt Disney Company was issued a patent for a new fully-immersed environment for hotel rooms. Dubbed “Image Projecting Light Bulb”, it would turn a regular hotel rooms into a scene from a game or movie. (Link)

September 19 – The dates for 2017 Nights of Joy were released. Next year’s event will again be held at the ESPN Wide World of Sports Complex September 8 – 9. (Link)

September 21 – Stitch’s Great Escape is switching to “seasonal operation” on October 2. According to the DisneyWorld.Com the attraction will be open November 19 – 26 and December 17 – January 2. (Link)

September 21- A recent survey (which typically precede changes at Disney Parks) asked Disney Annual Passholders if they would be willing to buy an annual pass if attractions were blacked out for the first two months after opening. (Link)

September 21 – There are many auditions available at the Disney Parks. They include parade performers, look-alike performers, and even actors to play the “Citizens of Hollywood”. (Link)

September 22 – For the second news update in a row we are reporting on another change to Disneyland’s Annual Pass offerings. Disney is reintroducing the Southern California Annual Pass which will cost $459 and be good for approximately 200 days/year. Saturdays, Holidays, most Sundays and summer days are blacked out. The pass is only available for people living in zip codes 90000 – 93599. (Link)

September 10 – The Disney Wonder is headed to Cadiz, Spain to complete a refurb session in the dry dock. It is expected to return on November 10 for a 4-night Western Caribbean cruise departing from Galveston. Some of the expected changes include the transformation of Parrot Cay to Tiana’s Place, Beach Blanket Buffet will become Cabanas which is the buffet restaurant on all the other DCL ships and Marvel Super Hero Academy is coming to the Oceaneer Club. (Link)

September 15 – A brand new trailer for Moana was released. (Link)

September 16 – Disney’s ABC Television Group has hired Bruce Rosenblum to be their President of Business Operations. Rosenblum, who was previously with Warner Brothers, will oversee several aspects of ABC, Disney Channel, Freeform and Disney XD. (Link) 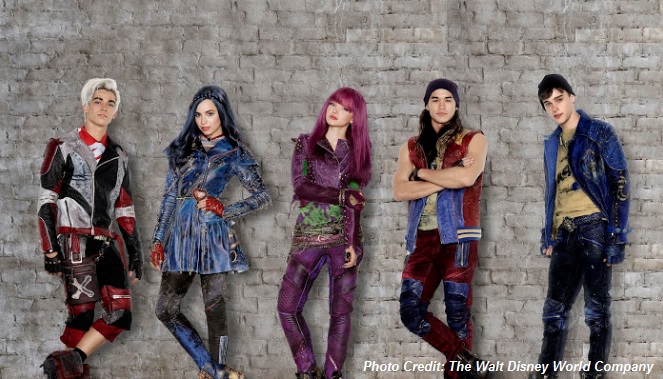 September 16 – As we eagerly await the 2017 debuts of The Descendants 2 on the Disney Channel, Disney released a snapshot of our favorite characters including a decidedly not prim & proper Ben. This sequel will add the characters of Uma, the daughter of Ursula, Harry, the son of Captain Hook and Gil, the son of Gaston. (Link)

September 20 – The Disney vault has opened and out came Beauty & The Beast. This 25th anniversary edition will feature several versions including the original theatrical, theatrical sing-along and “Human Again” versions.  (Link)

September 20 – After rumors were published that Zac Efron and Jennifer Lawrence were going to be cast to play Shang and Mulan in the new live action version on Mulan, an online petition was created to urge Disney to not ‘whitewash’ this casting decision. Since the petition opened nearly 100,000 people have signed it. (Link)

September 20 – Making it the first new Disney movie release to debut on Netflix, Zootopia is now available for viewing. (Link)

September 20 – In one of the most touching moments of this reporting period, Angela Lansbury reprised her role as Mrs. Potts for the film’s 25th anniversary celebration by singing her classic tune “Beauty & The Beast”. (Link)

September 21 – In what was almost a footnote in an investor gathering, Disney CEO Bob Iger announced a writer had been hired to develop another stand-along Star Wars movie scheduled for a 2020 release. (Link)

September 22 – Disney Channels Worldwide will be airing a series of shorts with the characters from series such as The Lion Guard, Miles from Tomorrowland, and Star Wars Rebels designed to teach kids about proper food choices and the benefits physical activities. (Link) 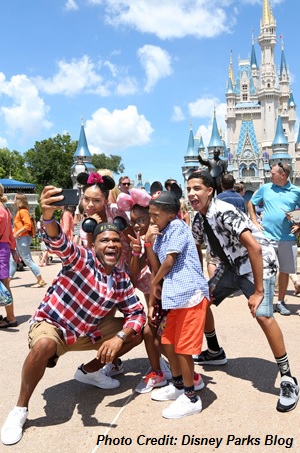 September 22 – ABC’s black•ish premiered its third season last night with an episode where the Johnson family travels to Walt Disney World. Short of some continuity issues (sorry but Soarin’ Over The World and Dumbo ARE NOT next to each other), it really was a fun episode. After the episode, The Wrap did an analysis how much this fictional vacation would have cost and came up with $22,155. If you weren’t able to see the episode try your cable/satellite OnDemand or Hulu. (Link)

September 22 – Bob Iger, Disney CEO, has confirmed that plans for Phase 4 of the Marvel Cinematic Universe is underway. These include Iron Man 4 and Guardians of the Galaxy 3. (Link)