September 25 – The 20th Epcot Food & Wine Festival is officially open. With kiosks from around the world to tempt even the pickiest taste buds you are sure to find a new favorite. (Link)

September 25 – The Night of Joy concert will see some big changes in 2016. This includes moving the musical portion to ESPN Wide World of Sports Complex. Guests will still get admission to the Magic Kingdom and there will be dedicated transportation between the Complex and the Magic Kingdom. (Link)

September 27 – Daisy Duck will greet guests in Epcot in the location formally used for greeting Duffy the Disney Bear. (Link) 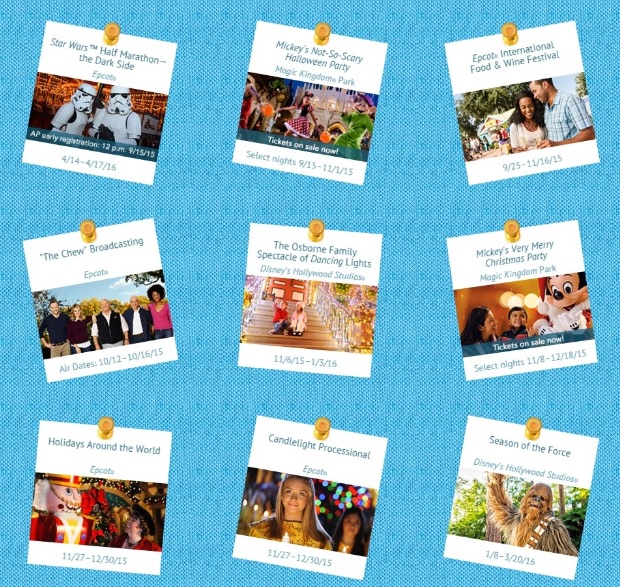 September 28 – For a brief moment the Disney’s Annual Passholder website was showing that “Season of the Force” will take place at Walt Disney World 1/8 – 3/20, 2016. That has been since taken down but you can bet it’s probably correct. (Link)

September 30 – A new menu was released for Pecos Bill’s Tale Tale Inn & Café in the Magic Kingdom. The new menu has a decidedly Tex-Mex flare. Gone are burgers and the fixins’ bar. Surprisingly, the Taco Salad didn’t reappear. One can only hope. (Link)

October 4 – Like ripping a Bandaid off in one motion, Disney announced three major price hikes in one day. The first, and judging by the reaction most painful, was the increase in the price of annual passes with some levels crashing through the $1,000 mark. Along with the increase in Annual Pass prices came a $50 increases to Tables in Wonderland and increasing parking at Walt Disney World from $17 to $20. (Link)

October 4 – Flik, the adorable blue ant from A Bug’s Life, will be returning to Disney’s Animal Kingdom to greet guests. (Link)

October 6 – ABC Family is changing their name to Freeform. The channel, already famous for teen-centric shows such as Pretty Little Liars, Switched at Birth and The Fosters, hope to attract younger viewers with the re-branding. (Link)

October 6 – Disney Cruise Line released their early 2017 itineraries. The newly released itineraries were only for Caribbean and Bahamas cruises sailing out of Port Canaveral, Miami, San Juan and Galveston. (Link) 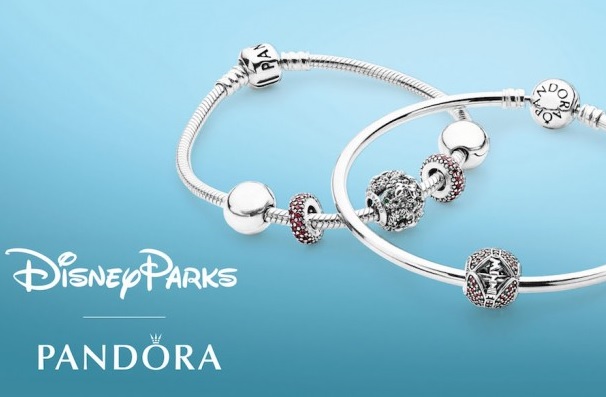 October 7 – The actress tapped to portray Disney’s new Polynesian Princess, Moana, was introduced to the world. The spritely Aulii Cravalho will take on the role of the high spirited teenager.

October 8 – How many of you have dream of looking like a Disney princess on your wedding day? That is closer to reality now as wedding dress designer Alfredo Angelo showed of his collection of Disney-inspired wedding dresses at Bridal Fashion Week in New York. (Link)

October 8 – Several announced Pixar movies get release dates and one gets pushed back a year. Cars 3 is slated to premiere June 16, 2017, The Incredibles 2 will be released June 21, 2019 while Toy Story 4 will get pushed back a year from it’s original release date to June 15, 2018. (Link)

October 9 – The Lion Guard: Return of the Roar TV Movie will premiere on November 22 at 7:00pm on the Disney Channel. This movie will serve as a launch for the new Lion Guard TV series premiering next year. (Link)

October 9 – As Disney continues to show their stable of Villains some love, Cruella de Vil appears to be getting her own live action feature. A writer, Kelly Marcel (Fifty Shade of Grey… yes THAT movie) has been tapped to pen the film. (Link)