October 10 – The Express Monorail became stuck for nearly two hours near Disney’s Contemporary Resort. Several cars were evacuated before the train were pulled to safety. (Link) 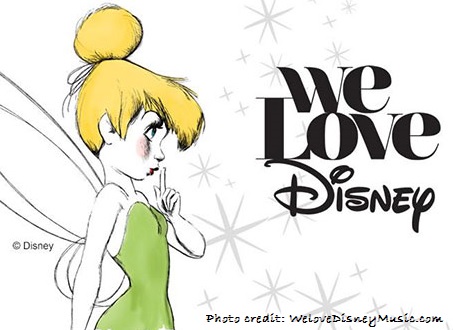 October 12 – A couple more previews, Jessie Ware’s “A Dream is a Wish” and Rascal Flatts and Lucy Hale putting a country twist on “Let it Go”, were released from the upcoming ‘We Love Disney’ compilation album which is set for release on October 30. (Link: Dream; Let it Go)

October 13 – Flying Fish Café being reimagined in 2016. Beginning on January 31, the signature restaurant will be getting a new look and new menu. (Link)

October 13 – Tortuga Tavern has revamped their menu to and will now feature BBQ menu items. (Link)

October 13 – The New Year’s Eve schedule and dining options have been released. (Link)

October 14 – TripAdvisor released their list of the Top 10 restaurants in the US. #6 on the list is Victoria & Albert’s at Disney’s Grand Floridian Resort & Spa. (Link)

October 14 – The taping of the Disney Parks Christmas Day Parade is rumored to happen November 10 -13. It is also getting a name change: “Disney Parks Unforgettable Christmas Celebration”. (Link)

October 15 – It appears the smash Disney Channel movie, The Descendants, will be getting a sequel. The script has already been commissioned. (Link)

October 16 – Spiderman will be swinging into Super Hero HQ at Disneyland November 16. (Link)

October 19 – Marty Sklar will be signing copies of his new book “One Little Spark! Mickey’s Ten Commandments and The Road to Imagineering” at Walt Disney World November 17 & 18. (Link)

October 19 – Disney is now offering new healthier snack options in the parks. These snacks include alternatives for those with food allergies and sensitivities. (Link)

October 19 – As was teased at D23 Expo in August, Soarin’ Over California will be closing for refurbishment on January 4, 2016. It is expected when it opens in the summer of 2016 it will have a new ride video featuring locations around the world as well as a third theatre. (Link)

October 20 – Disney Floral & Gifts has introduced three new gifts available to accompany your meal at select Walt Disney World restaurants. There are also packages available if you are dining with a little swashbuckler. (Link)

October 20 – Minnie’s Holiday Dine at Hollywood & Vine is begin extended year-round. Each season Minnie will have a new theme. For example, January 4 to March 20, Minnie will be hosting celebrating the magic of movies and the glamour of Hollywood. Beginning on October 27 you will able to make Advanced Dining Reservations up to 180 days in advance. (Link)

October 21 – The newest “Star Wars: The Force Awaken” trailer was released at halftime of the New York Giants v. Philadelphia Eagles Monday Night Football game. This sent the Twitterverse atwitter. At one point after the trailer aired over 17,000 tweets per minute with the hashtag #TheForceAwakens were being created. Several of the advanced ticketing websites such as Fandango and AMCTheatres.com even crashed when tickets went on sale. (Link)

October 22 – The Walt Disney World Company has granted their 100,000th wish in conjunction with the Make-A-Wish foundation. They grant nearly 8,000 wishes per year. (Link)

October 22 – The remainder of the Mickey’s Not-So-Scary Halloween Parties are sold out. Currently, there are no dates sold out yet for Mickey’s Very Merry Christmas Party. (Link: MNSSHP; MVMCP) 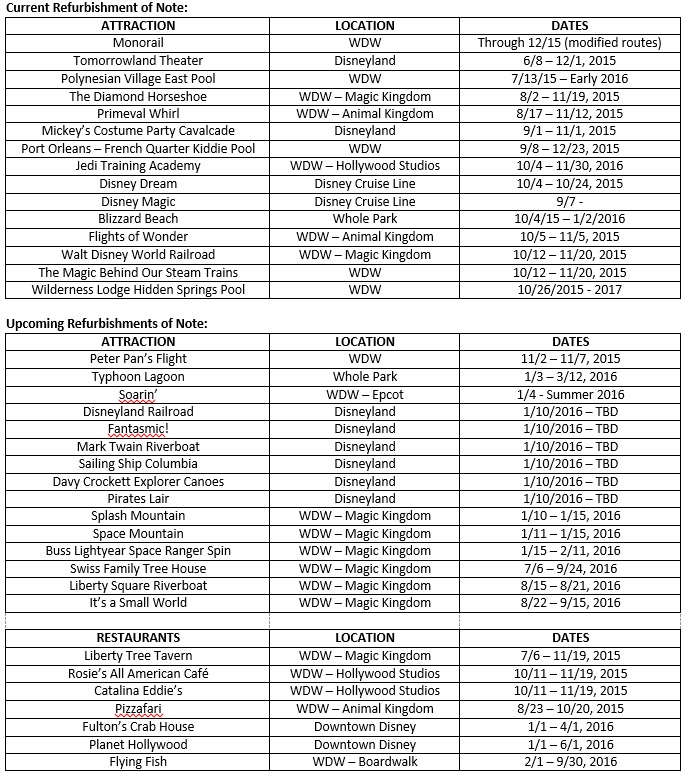