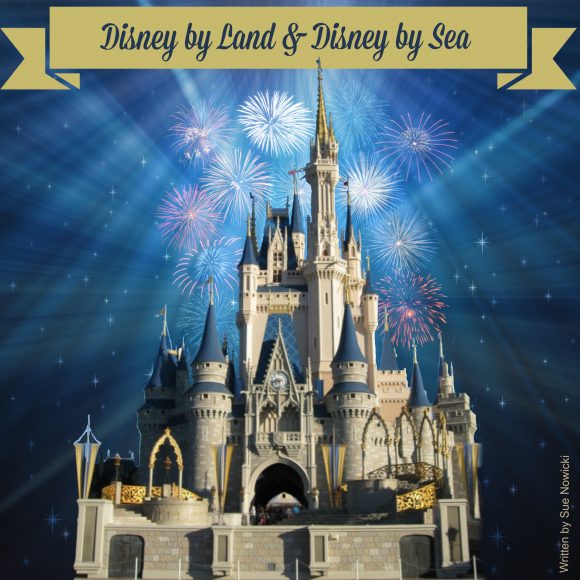 Just like the day I made my Advanced Dining Reservations, on FastPass+ selection day I was ready and prepared at 11:55 p.m. with computers and cellphones logged in. However, unlike the ”180th Day Massacre” I had a lot more success making my FastPass+ selections. While I wasn’t able to get every selection I wanted, I ended the evening a lot happier then I was when I made my Advanced Dining Reservations.

Here is the line-up and rationale of selections we made:

For us our first day at Walt Disney World day will start out a little later than most park goers as we will won’t even be arriving at our resort until after 10:00 a.m. The ship doesn’t return to port until 8:30 a.m. and even if we are on the first bus out of port we won’t be at our resort until 9:30 a.m. After checking in and dropping our luggage at Bell Services we will likely not make it to the park until 11ish. Therefore, we made our first FastPass+ selection of the day at Spaceship Earth for 11:20 a.m. – 12:20 p.m. If we arrive at Epcot before the FastPass+ time we will just ride it then and use our My Disney Experience account to change this selection to a different experience.

Test Track is next up. This is one of our favorite attractions in all of Walt Disney World so if I didn’t get a FastPass+ selection for this attraction I would have had a mutiny on my hands.

The next attraction is a toss-up for us. Since the FastPass+ selections are tiered at Epcot there really isn’t a selection we want… or need to round out our three selections. When that is the case we typically pick between The Seas With Nemo & Friends and Living With The Land. While we don’t really need a FastPass+ selection for either of these attractions we can use it if we need it. If not, we can change it to a different attraction.

This is the last day of the 20th Annual Epcot Food & Wine Festival. Therefore, we attempted to make all of our selections clumped together in FutureWorld in the late morning and early afternoon so we can enjoy some of the tasty treats in the World Showcase in the late afternoon and evening. We also decided since we couldn’t get a good Advanced Dining Reservation we will just ‘eat our way around the world’. We will end our day by grabbing something from one of the Outdoor Kitchens before grabbing a spot for Illuminations: Reflections of Earth.

This day was planned to be a lazy day to catch up on our sleep after the cruise where we would sleep in before hitting the newly revamped Disney Springs. However, that all changed when Chip ‘N’ Dale’s Harvest Feast Breakfast at the Garden Grill in Epcot was announced. We were able snag a 10:00 a.m. ADR so we decided why not add a few FastPass+ selections in that area before heading to Disney Springs for the afternoon. In all likelihood we won’t use our FastPass+ selection for Journey Into Imagination but we have it just in case.

Again, we are planning on hitting the park a little later than the average guests. (This is one of the many reasons I LOVE the new FastPass+ system.) On this day we have an Advanced Dining Reservation to work around. At 2:30 p.m. we will be dining at Hollywood & Vine as part of the Fantasmic! Dinner Package. Everyone has to eat… right? Why not get a great seat to Fantasmic! in the process. By booking the dinner package this frees up a FastPass+ selection and gives us a better spot to watch the show because the dinner package seats are in the center of the stadium whereas the FastPass+ seating is located to stage right (or to the left as you enter the stadium). I am not saying these are bad seats, just off to the side.

Since my hubby and daughter are, shall we say, less than adventurous riders we will not be experiencing Rock ‘N’ Roller Coaster or Tower of Terror. This limits our need for FastPass+ selections dramatically. I honestly wish we could just get three Toy Story Midway Mania but alas, no luck.

And yet again, we will be sleeping in a little before heading to the park. See a pattern here? We also have an Advanced Dining Reservation at Yak & Yeti at 1:15 p.m. Hitting Kilimanjaro Safari early is always the best because that’s when the animals are the most active. I think this is going to be a smart move since the weather lately has been unseasonably warm and the animals like to snooze in the afternoon heat.

Our next selection was decision between The Festival of the Lion King and Finding Nemo – The Musical. Due to availability we picked Finding Nemo as there were available times which didn’t conflict with your ADR or our other FastPass+ selections.

The last selection of the day is Kali River Rapids. This was a no brainer. For some reason, I always come off that ride looking like a drowned rat. By making the selection later in the day, hopefully we will get everything done that we want, ride Kali River Rapids then head back to our resort to get ready for our evening which is dinner atop Disney’s Contemporary Resort at California Grill.

This is the day we are going to Mickey’s Very Merry Christmas Party. Right now, we have a 10:30 a.m. ADR at Be Our Guest. While we really want to get a later reservation, in the 12:00 p.m. – 1:30 p.m. range, we aren’t holding out to much hope of that happening given all the troubles we have had with ADRs. That being said we decided to make our FastPass+ selections assuming we won’t get a better time. We REALLY wanted Seven Dwarfs Mine Train but there was no availability… yet. I am hoping that some open up as time gets closer and day guests decide to leave early since there is a party that night.

All in all, it isn’t a horrible line-up. I have dabbled, played, tweaked with attractions and times since our 60th day and I think I finally have a pretty good line-up.