Every time we are head off to the ‘Most Magical Place on Earth’ we do some type of countdown. Doing a fun countdown help ramps up the excitement.

In years past we have done different countdown such as a monorail track. The monorail countdown was fun because along with counting down the days, we put different experiences we were planning on the back of the Mickey head such as Wishes, Seven Dwarfs Mine Train, Candlelight Processional and Illuminations. It was a blast coming up with all the ideas. 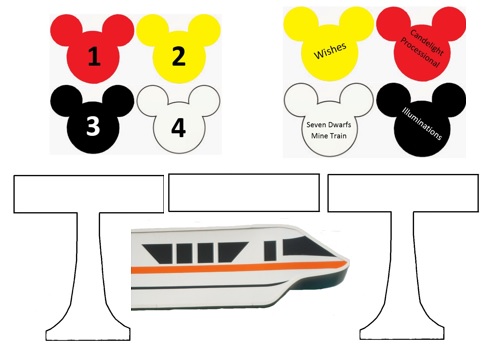 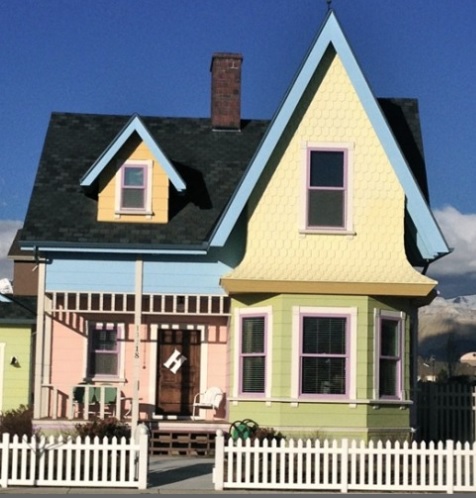 This year we have decided since we are taking a Land/Sea adventure we would take our lead from Pixar’s “Up” where we learned “adventure is out there”. We are doing an Up house with balloons counting us down to our trip.

Our first step was finding a great picture of the actual ‘Up’ house.  I didn’t have to go any further than official website of The Real Up House in Utah. However, one looks at the house and I knew regular construction paper with hunter green, dark blue, red, orange, yellow and purple were not going to work since the house is painted in beautiful pastels.

This lead up on a hunt for the right supplies. I am really not sure what I was thinking but our first stop was Joann’s Fabric. I guess I was thinking it was a one stop shop for crafting. Unfortunately, it was a bust. Our next stop was United Arts & Education. This is store typically frequented by teacher for their classroom needs. However, it’s also great for finding the materials to make a pastel “Up” house and balloons. The hardest part of the whole mission was getting my daughter to the checkout line without buying 100s of dollars in unneeded school supplies.

At United Arts we bought a pack of pastel construction paper for the house and balloons and a pack of metallic color Sharpies to write the numbers on the balloons. (This was my daughter’s idea. She though black numbers would be too plain.)

The last purchase was ribbon for the balloons. Since we were already planning to go to WalMart to pick up some pet supplies we headed over to the party/gift section where they have multi packs of ribbon. Again, we went with pastels.

We did consider buying a stencil at United Arts to do the numbers but thought better of it when we saw the price for the stencil which we would likely only use once. 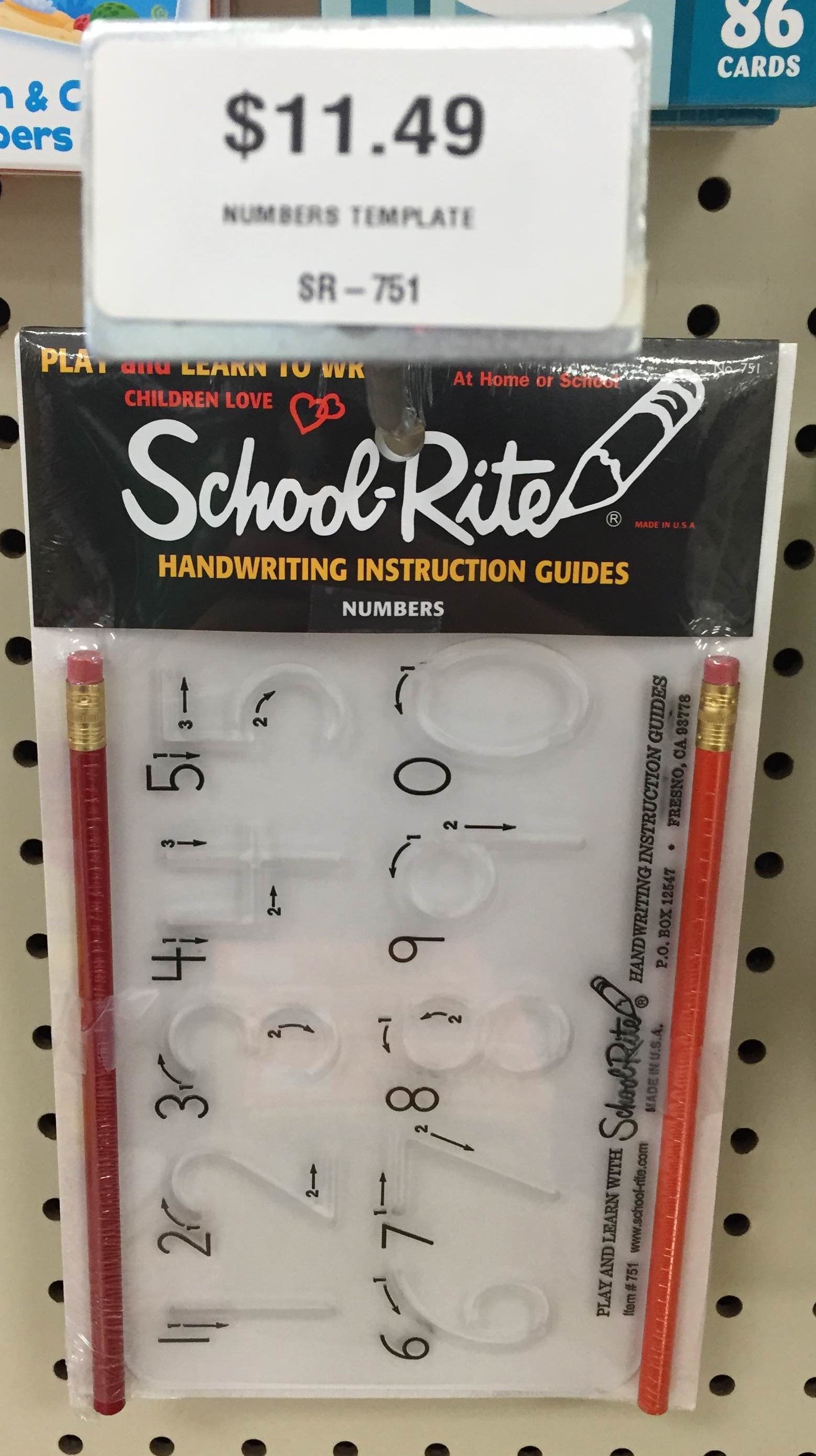 Finally, cutting day was here. It wasn’t easy and I still don’t have the proportions just right but so far I have been able to get most of the house and some of the balloons cut out. This weekend I will be doing the details of the house (ie. windows, framing, etc.), finishing the balloons and attaching ribbon to each balloon. 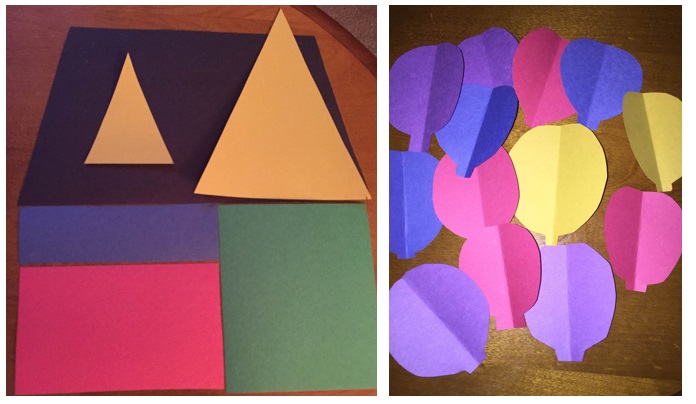 We have plenty of time to finish up as we aren’t really planning on starting our countdown until the 30 day mark anyway. In future posts I will show you how it came out.

A lot has happened in the world of Advanced Dining Reservations in the last two weeks. I had originally planned to talk about the pop-up industry of ADR scalping/watching in this post. And how I had secured my Be Our Guest reservation by using a reservation watcher.

By way of a little background, in the last several months several companies have popped up either offering the watch for open ADRs or literally selling you ADRs they have secured. All these services come at a price, of course. The services which watched for open ADRs cost on average $8 per reservation while the company selling ADRs cost around $15 per reservation. Disney, being an active protector of their brand, which they definitely should be, put a swift end to these practices last week by sending out a round of cease & desist letter. 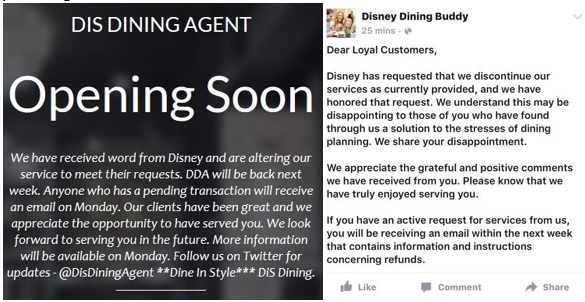 I am of two hearts about this. On one hand, I think the reservation “scalpers”, those selling the actual reservations such as Dis Dining Agent, need to be stopped. I believe this practice could easily have contributed to the lack of ADRs going on lately. On the other hand, I don’t believe Disney should have lumped the reservation “watchers” into the same group. They aren’t bogging down the system by taking reservations they don’t plan to use.

I will be the first to admit I paid to have Disney Dining Buddy to watch two reservations I really wanted for this trip. But what I was paying for was the convenience of not checking the Walt Disney World website every five seconds hoping for a reservation to open up.

Either way, I applaud Disney’s quick response to this. This was a problem and it was swiftly remedied.

So my layman’s prediction for the future is this: While I don’t think Disney will ever charge a premium for the hard to get reservations such as Cinderella’s Royal Table, Be Our Guest, etc., I can see them charging a fee to ‘watch’ reservations for you similar to Disney Dining Buddy. Would I pay for this? Good question. It would depend on the situation but I might.

That’s all for now. In my next post I will talk all about our FastPass+ selections. While it was no 180th Day Massacre, it still wasn’t pretty.