September 12 – The schedule and map for Mickey’s Not-So-Scary Halloween Party has been released. 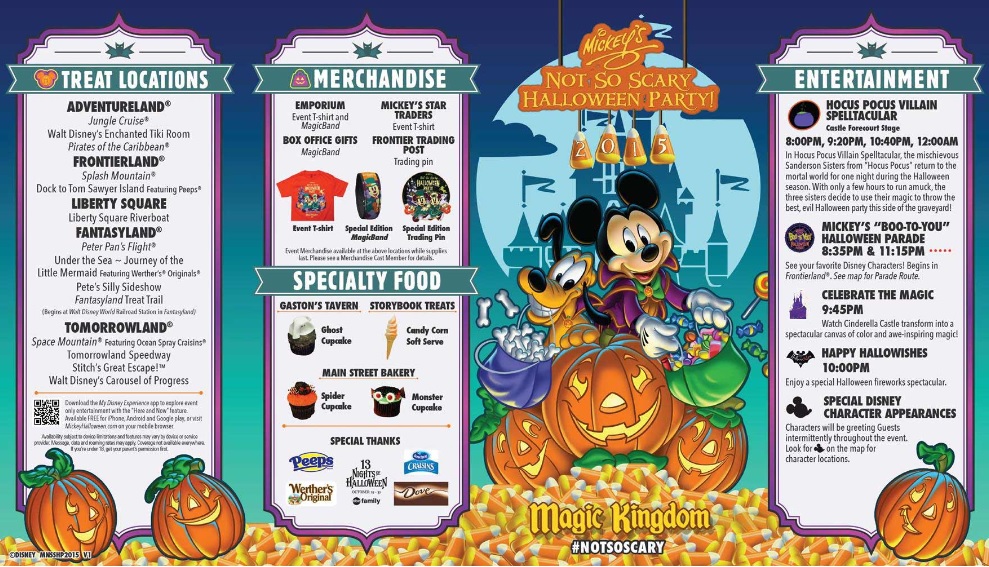 September 15 – Narcoossee’s at Disney’s Grand Floridian Resort & Spa will be hosting a brunch on Sunday mornings beginning November 22. The cost will be $69 for adults and $41 for children ages 3-9. Reservations are open now. (Link) 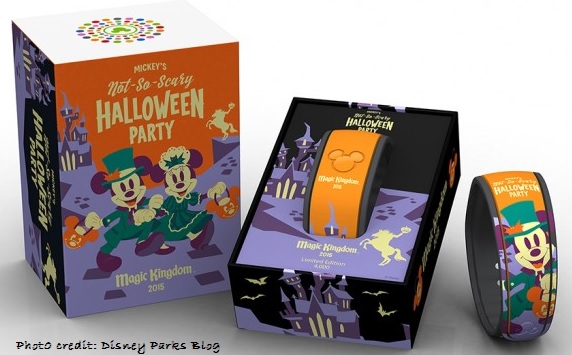 September 18 – If you are headed to one of Mickey’s Not-So-Scary Halloween Parties make sure to pick up some of the special merchandise such as tee shirts, pins and even special MagicBands. (Link)

September 23 – Registrations are for the 2016 Star Wars Half Marathon at Walt Disney World are now open. So far the Dark Side Challenge and the Star Wars 10K are sold out. (Link)

September 23 – Duffy the Disney Bear will be greeting guests for the last time on October 3rd. (Link) 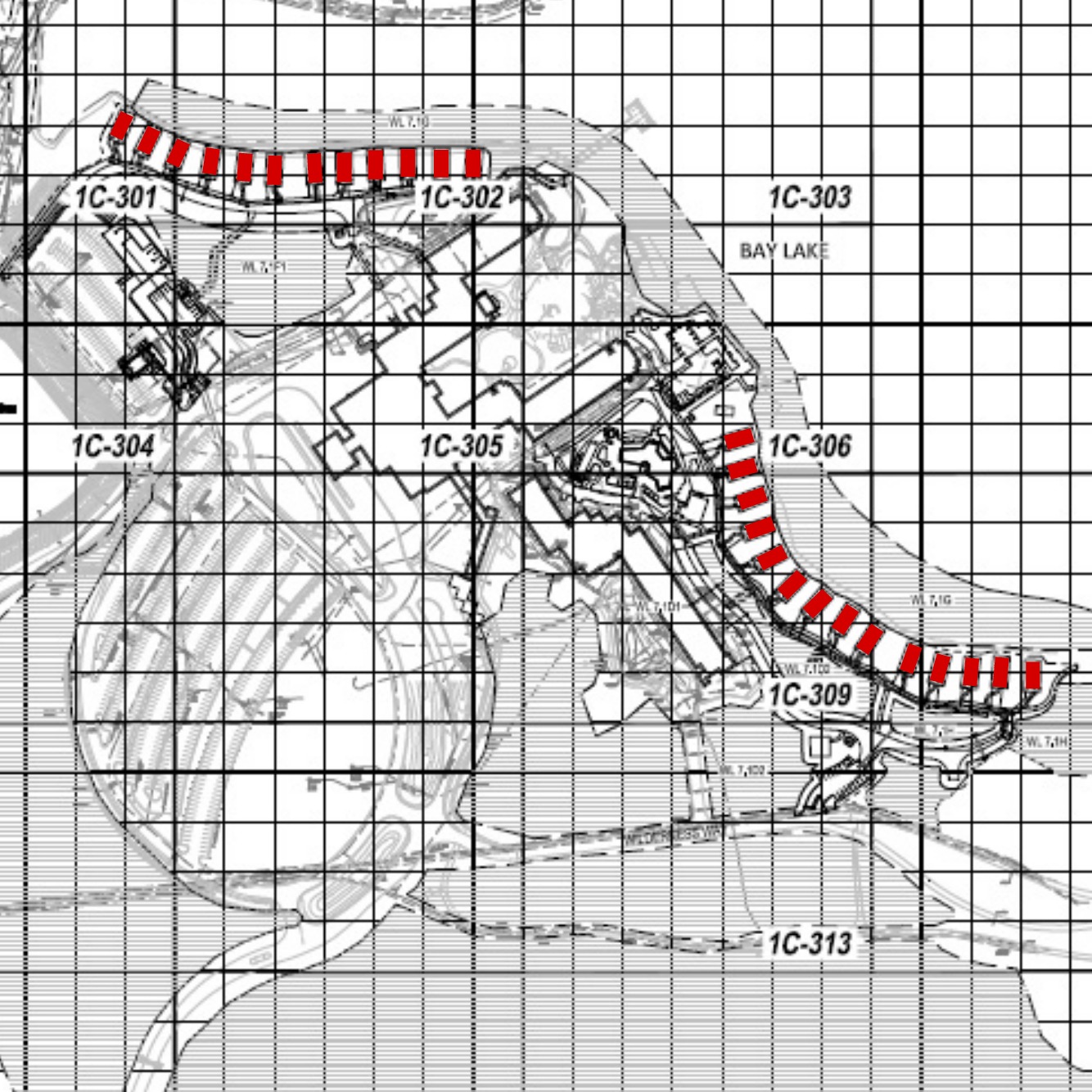 September 23 – As we reported over a month ago, Disney Vacation Club has confirmed they are building waterfront cabins at Disney’s Wilderness Lodge. (Link)

September 23 – Beginning on Tuesday, September 29, Downtown Disney will be officially be known at Disney Springs. (Link)

September 23 – Could the Atlanta Braves be leaving the ESPN Wide World of Sports? It appears there might be a plan in place to build a $660mm 10,000-seat stadium in the St. Petersburg area. (Link)

September 23 – Gone is your #DisneySide, well not really, your ‘Disney side’ will always be there. The new marketing slogan for the Disney Parks was unveiled and #UnforgettableHappensHere is the new tag line.

September 24 – Is virtual reality the next wave to hit the Disney Parks? One might think so considering The Walt Disney Company has just invested $65mm in Jaunt, a California start-up which makes cameras which shoot video in 360 degrees. As an interesting side note: Jared Leto, Oscar Award Winning actor, is on their Board of Advisors and their Executive Team reads like a who’s who of Hollywood elite. (Link)

September 24 – A new interactive video has been released in preparation for the release of “Star Wars: The Force Awakens”. (Link)

September 24 – Summit Plummet and Slush Gusher at Disney’s Blizzard Beach will be closing prior to the October 4 planned park closure due to some ‘major issues’. (Link)

September 25 – ‘Season of the Force’ at Disneyland beginning on November 16. Space Mountain transforms to Hyperspace Mountain as your rocket is reimagined as an X-Wing fighter battle. There will also be special character meet ‘n’ greets. (Link)

September 25 – Several popular Disneyland attractions will be closing January 10, 2016 to make way for new Star Wars land in Disneyland. The Disneyland Railroad, Fantasmic! and everything surrounding the Rivers of America will be closed for approximately one year. Big Thunder Ranch which includes a restaurant, petting zoo and the Jamboree stage will be closing permanently. (Link)

September 25 – Disney Dining Buddy, a Disney dining reservation scouting system, announced they were requested by Disney to shut down their service. (More on this in next week’s installment of ‘Disney by Land & Disney by Sea’) (Link) 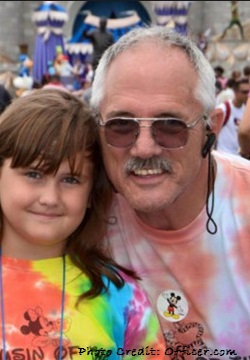 While not our typical news story here on the MouseQuest, I thought it would be great to share the story of Okaloosa County Deputy sheriff Bill Myers. The connection with Disney is what make this story so sad and special at the same time.

Even though Deputy Myers retired in 2013, he returned to the department this year on a part time basis to make some money to take his granddaughter to Walt Disney World. This week he was killed in the line of duty while serving a warrant. That is the sad part. The special part is what has happened since Deputy Myers’ death. In the last two days 571 people have donated a total of $22,395 to a GoFundMe account in hope they could give his granddaughter the most magical vacation ever. 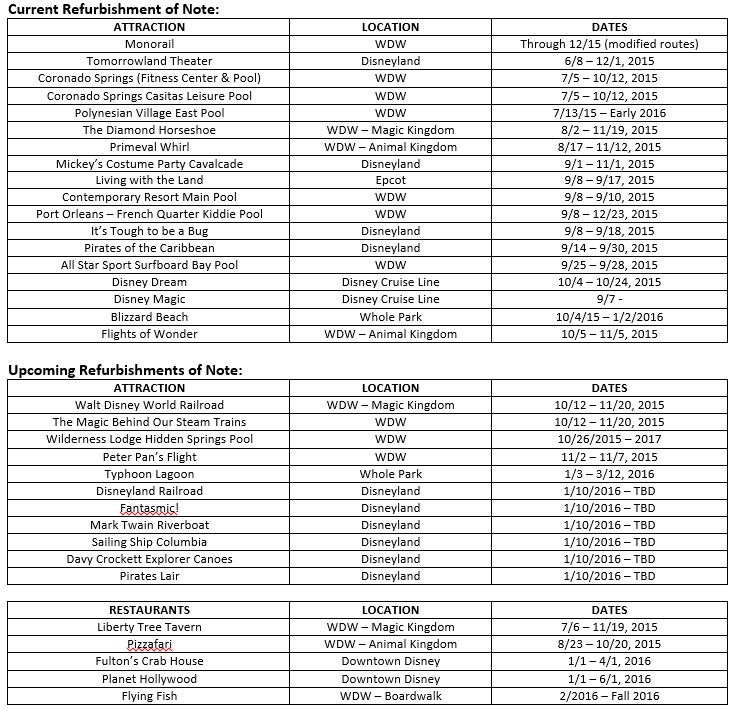