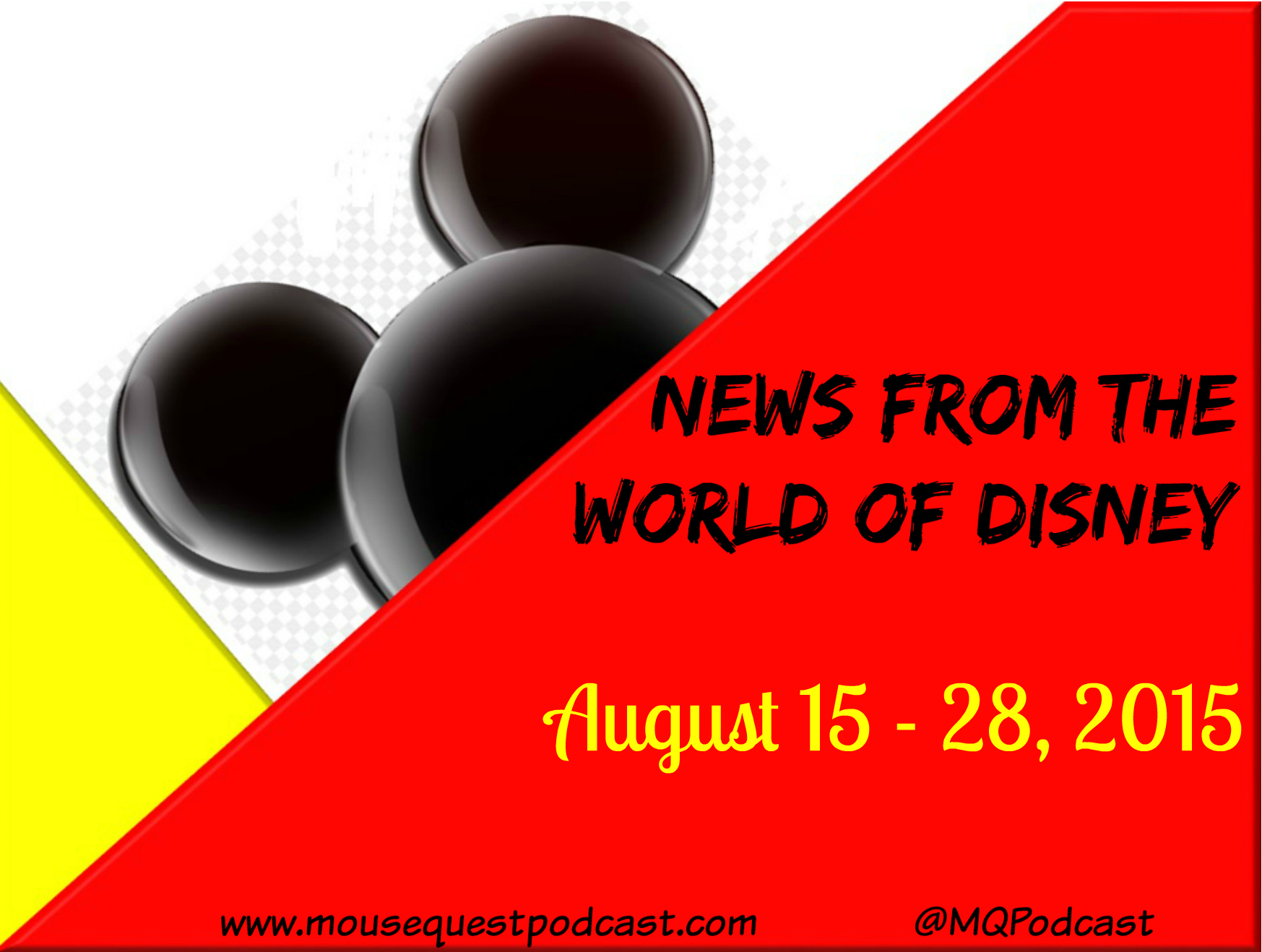 So much of the Disney news these two weeks was dominated by the happenings at D23. Make sure to check out our recap of all the amazing news that came out of D23. (Link)

August 17 – Remy’s Ratatouille Hide & Squeak will be debuting at this year’s Epcot Food & Wine Festival. This is an interactive game where you will help Remy find ingredients. The cost to participate in $9.95 plus tax. (Link)

August 17 – Disney Cruise Line has brought its alcohol policy more in line with that of other cruise lines. Previously you could bring as much alcohol as you could carry onto the ship. Effective on and after September 30, you will now only be able to bring 2 bottles of wine or 6 beers. They are also increasing their corking fee from $20 to $25 per bottle. (Link)

August 18 – Get your #DisneySide and typing fingers ready. It’s that time of year again. Applications for the Disney Parks Moms Panel will begin on September 8. (Link)

August 18 – A special dessert party is taking place during Mickey’s Not-So-Scary Halloween Party. This party includes preferred viewing for Mickey’s “Boo-to-You” Halloween Parade at the flag pole in Town Square followed by a dessert buffet at the Tomorrowland Terrace. (Link)

August 18 – The prices for the Holiday Hay Rides have been released. The cost will be $79 for a group of 4 adults or 2 adults and 3 children. The sleigh rides will depart from Crockett’s Tavern at Disney’s Fort Wilderness Resort & Campground. (Link)

August 19 – If last week’s D23 movie announcements weren’t enough here’s another one for you: Dwayne “The Rock” Johnson will be starring in the new Jungle Cruise-themed movie. (Link)

August 20 – The schedule for Disney’s Night of Joy has been released. The two day event held at the Magic Kingdom on September 11 & 12 will include some of the top Christian artists in the country such as Francesca Battistelli, TobyMac, Jeremy Camp, Colton Dixon, Mandisa, LeCrae and Jamie Grace. (Link) 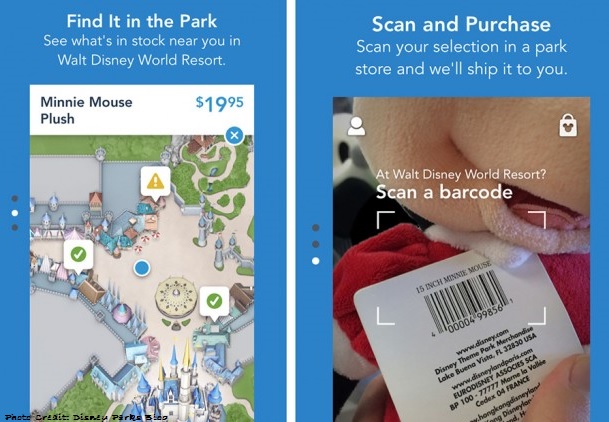 August 25 – Disney Merchandise just released a fantastic new app, Shop Disney Parks, which allows you to purchase Disney Parks merchandise from the convenience of your smartphone. One of the best features is the ability to scan the UPC code on merchandise you find in the parks and have it sent to your home. (Link)

August 24 – Walt Disney World has launched a new Twitter account, @WDWToday, which will help guests who are in the parks and at the resorts. (Link)

August 26 – Beginning on September 29, guests staying at a Walt Disney will resort will received fun new luggage tags along with their MagicBands. The type of luggage tag you receive will depend on the color of MagicBand you chose. (Link)

August 26 – Starting September 3 at 7:45am local time in Sydney, Australia and running through 8:00am local time in San Francisco, the Star Wars YouTube channel will be revealing a new ‘Force Awakens’ toy live from cities around the globe. (Link)

August 26 – More babies! Disney’s Animal Kingdom has introduced three new giraffe calves to the savanna. Mara, Milo and Lincoln will be out and about the next time you experience Kilimanjaro’s Safari. (Link)

August 26 – FastPass+ selections are now available for the Eat to the Beat series. (Link)

August 26 – A sneak peak at Disney’s new compilation album, “We Love Disney”. The album will feature artists such as Jason Derulo, Fall Out Boy, Jessie J and Gwen Stefani singing Disney movie classics. The album will be released October 30.

August 26 – A new princess is moving to Storybrook, Maine. Merida from the movie ‘Brave’ is coming to “Once Upon a Time”. The show returns on September 27. (Link)

August 27 – In a weird mixture of worlds, rap star Ludacris has signed on to guest star on the animated series ‘Doc McStuffins’. He will play the part of a toy named Get-Well Gus. (Link)

August 28 – My Disney Experience is now integrating with Disney’s PhotoPass Service. Not only will you be able to use the map feature to find the closest PhotoPass photographer, you will also be able to view the photos you have had taken. For those with the Memory Maker entitlement, can now download and share the photos directly to your phone. (Link)

August 28 – In one of the funnier news stories of the week the NYPD has asked Disney and Marvel to help them get some of the trademarked characters out of Times Square. The characters such as Minnie Mouse and Spiderman have historically been aggressive with tourist by requesting money. So far Disney and Marvel have said, no thanks! (Link) 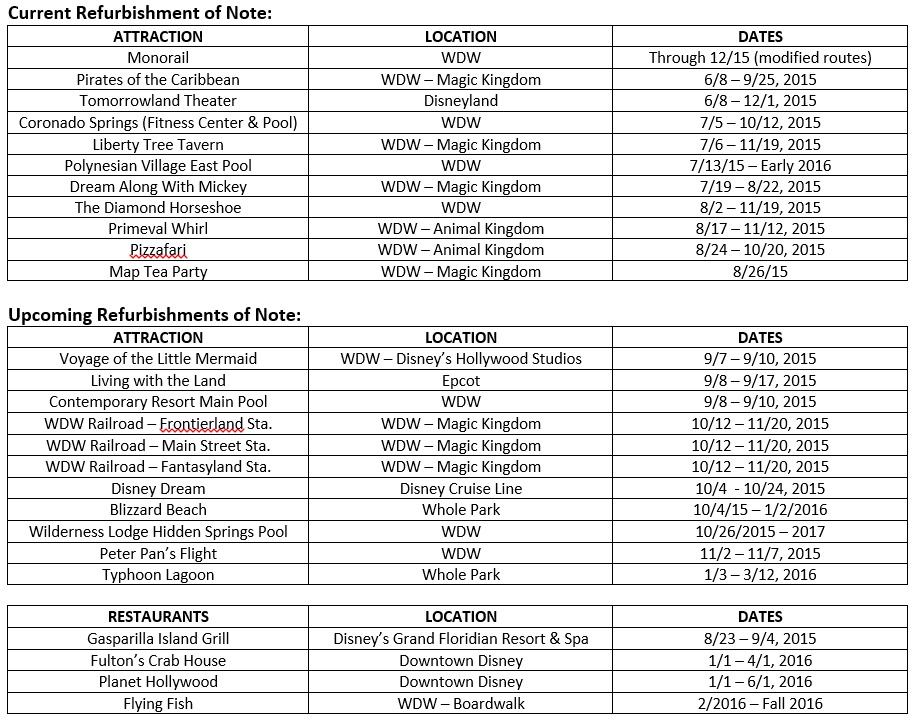