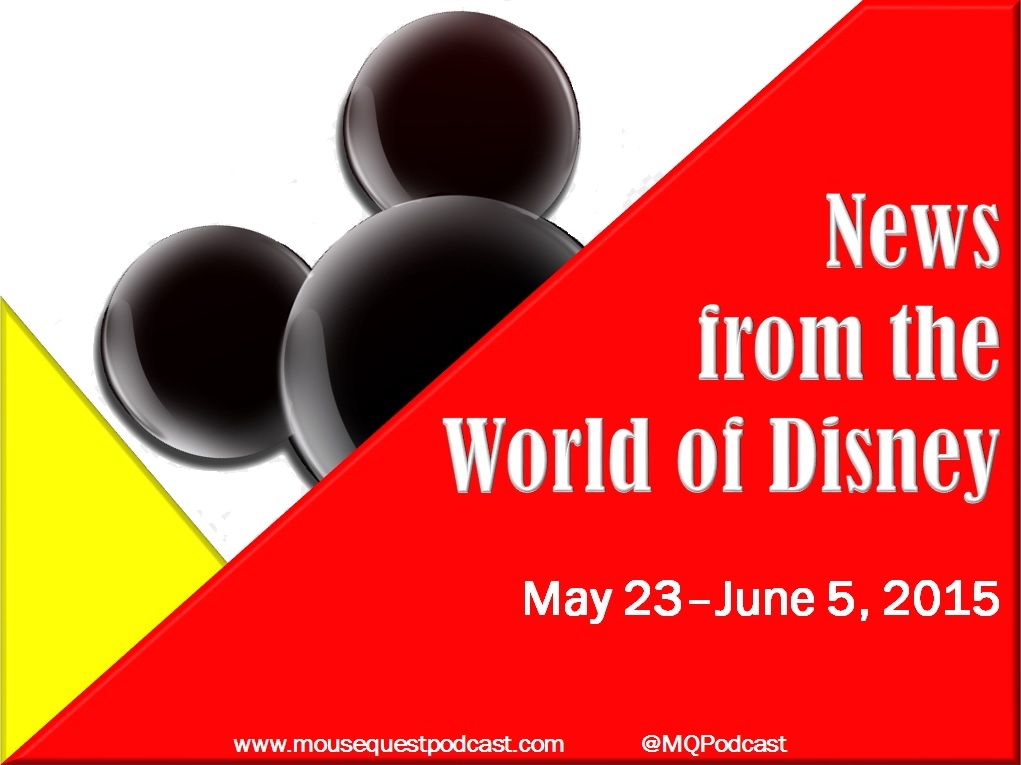 May 23 – The beginning of this news period was dominated by Disney’s 24-Hour Event at Walt Disney World and Disneyland. The 24-hour Event which included both parks being open from 6:00am on May 22 – 6:00am on May 23 was also Disney’s kick-off of the ‘Coolest Summer Ever’. (Link) 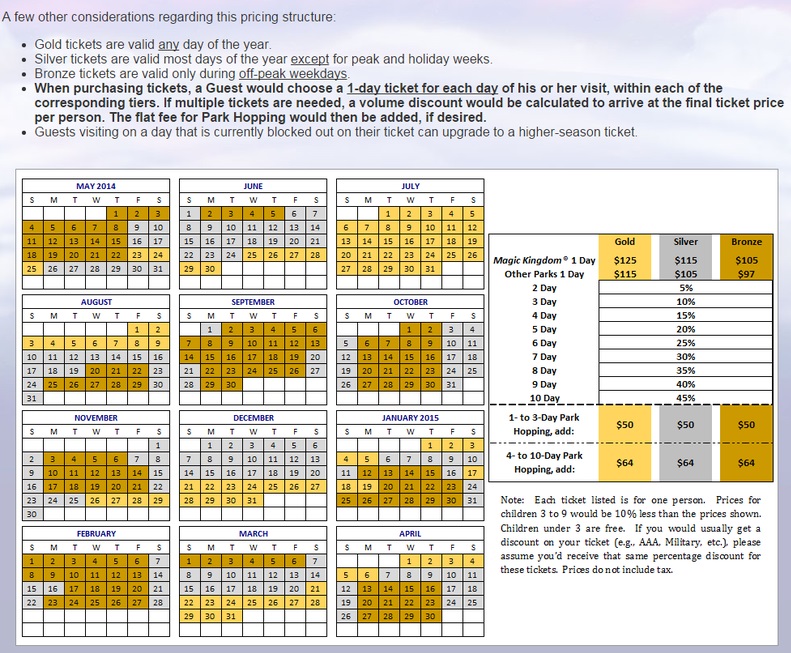 May 27 – Is a recent survey sent out by Disney a look at the future of tiered ticket pricing at Walt Disney World? The survey included a graphic which shows three levels of prices. The Gold tickets will be valid any day of the year. Silver will be valid most days except peak and holiday weeks. Bronze will only be valid during off-peak weekdays. This suggested pricing boosts the one-day ticket to Magic Kingdom up to $125/day during peak times. (WDW: Link; DL: Link)

May 27 – Duke Energy in cooperation with Walt Disney World is building a 5-megawatt solar power facility on Disney property near World Drive and Epcot Center Drive. The 48,000 panels will be in the shape of a Mickey Mouse head. As part of the 15-year agreement, Duke Energy will lease the land from Disney and run and maintain the facility from which Disney will buy the power. (Link) 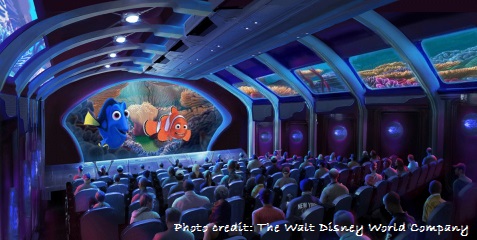 May 29 – A cool new attraction is coming to Tokyo Disney Resort. The attraction, based on “Finding Nemo”, will ‘shrink’ guests to the size of a fish and allow them to explore the underwater world from the point of view of Nemo and his friends. (Link)

May 29 – When Disney announced a partnership with Turner Classic Movies earlier this year there was a lot of excitement about possible changes which would come to The Great Movie Ride at Disney’s Hollywood Studios. The first part of those changes were on display this week as the queue area now features digital movie posters and movie props as well as a new video featuring scenes from classic movies. (Link)

May 29 – The schedule for the ‘Eat to the Beat’ Concert series at the 2015 Epcot Food & Wine Festival has been announced. For those of us who grew up in the 80’s, get your leg warmers and AquaNet ready because you will be rocking to acts such as Starship, .38 Special, Rick Springfield, The Pointer Sisters, The S.O.S. Band, Dennis DeYoung, Tiffany, Air Supply and Chaka Kahn. There will also be contemporary performers such as David Cook, Fuel, Jo Dee Messina, Everclear, Big Bad Voodoo Daddy, Sugar Ray and Smash Mouth. The daily shows will take place throughout Food & Wine Festival at 5:30pm, 6:45pm and 8:00pm. (Link) 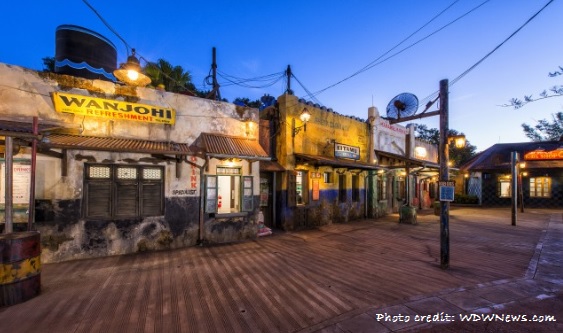 June 1 – In a not unexpected move, Disney Jay Rasulo has announced he will step down on June 30. This announcement was not a surprise because Rasulo has been working without a contract since the end of January. (Link)

June 2 – Several news updates ago we talked about the baby rhino born at Disney’s Animal Kingdom. We also reported that a fan vote named this little girl Kiama, which means magic. Beginning on June 3, Kiama and her mom, Kendi, will be joining the rest of the animals on the savannah. You might even be able to catch a glimpse of her on Kilimanjaro Safaris. (Link)

June 3 – Downtown Disney continues to add unique shopping and dining experiences as they transition to Disney Springs. The newest addition is The NBA Experience which will feature hands-on activities, a store and a restaurant. (Link)

June 3 – The Disney Channel has announced that ‘Tangled’ will now be an animated series which will premiere in 2017. The great news is that Mandy Moore and Zachary Levi will reprise their roles as Rapunzel and Flynn Rider/Eugene Fitzherbert. (Link)

June 4 – The union who represents performers at Walt Disney World has filed a grievance with Disney’s labor relations board. The union is challenging a now-written policy which forbids performers from revealing which character they portray in the parks either online or in print media. (Link)

June 4 – A reprise “Sister Act” is coming back to the big screen. Now this is just me talking, but I would say with the world-wide success of “Pitch Perfect”, this is a no-brainer for Disney Pictures. (Link)

June 4 – I don’t think it will be a surprise to anyone that Disney theme parks across the world dominate the statistics on theme park attendance. All Disney parks combined brought in 148,341,000 visitors. Of the top 10 most visited theme parks in the world, Disney parks hold nine of those spots. The Magic Kingdom alone had 19,322,000 guests making it most visited single site theme park in the world. Just for funsies, this means there is an average of 52,937 guests in the Magic Kingdom each day of the year. (Link) 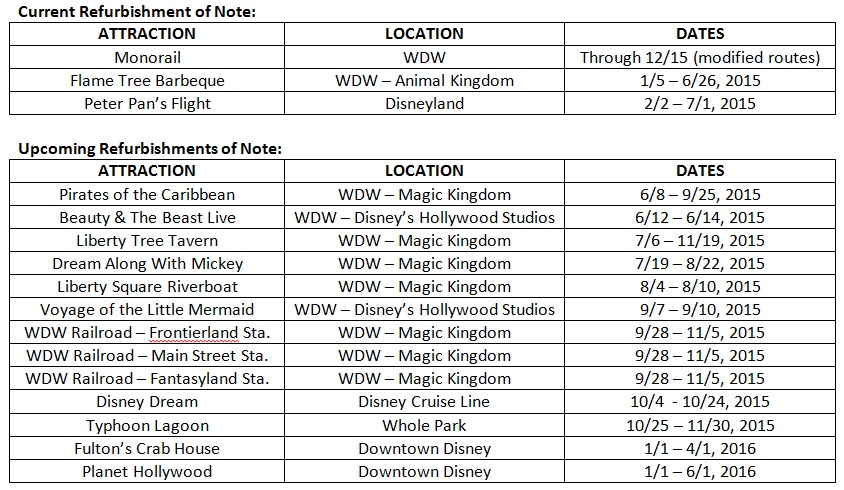