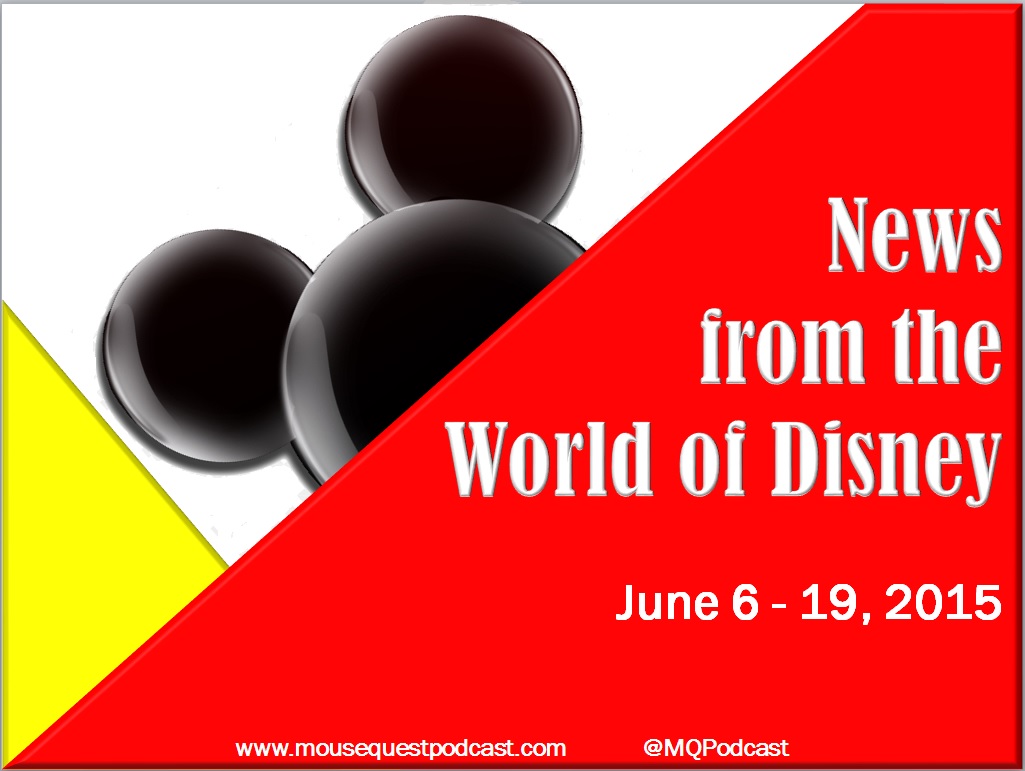 June 6 – Are you ready for twice the fun at Mickey’s Backyard BBQ? This summer the barbeque is adding Tuesday’s and Friday’s. Currently, you can book the barbeque on Thursday and Saturday’s. (Link)

June 6 – As if I didn’t look bad enough in my Memory Maker picture when plummeting down Splash Mountain, PhotoPass photographers will also be available at Typhoon Lagoon and Blizzard Beach until Labor Day. (Link)

June 8 – Early this year we reported about the Cobb family who were walking from Disneyland to Walt Disney World to memorialize their 8-year-old who passed away from a form of bone cancer called Ewing’s Sarcoma. On their Facebook page they announced that they will arrive in Orlando Father’s Day Weekend, June 19-20. (Link)

June 8 – The lengthy rehab of the Pirate of Caribbean ride at the Magic Kingdom has begun. (Link)

June 10 – Storyboards of the new “Frozen” ride in were release by Disney as well as the name for the new water-based attraction, Frozen Ever After. (Link)

June 10 – In the MouseQuest review of “Tomorrowland” several weeks ago, it explains that the movie is not your typical ‘Disney movie’. Another way it’s not like typical Disney movies is that it is expected to lose a substantial amount of money. Some estimates say the movie could lose up to $140,000,000. (Link)

June 11 – The world’s largest volleyball tournament is occurring at Walt Disney World this week. Over 27,000 athletes with an estimated 100,000 spectators will be in Orlando for the 42nd Annual AAU Girls’ Junior Nationals Volleyball Championships. (Link)

June 12 – Radio Disney announced that they will be launching a Radio Disney: Country in November. It will be available on their app as well as other third party digital platforms. (Link)

June 15 – What do you do with a movie which grossed $760 million worldwide? Order a sequel, of course! That’s just what it appear Disney is doing with ‘Maleficent’. The studio has already hired Linda Woolverton to write the script which Angelina Jolie is expected to star in. (Link) 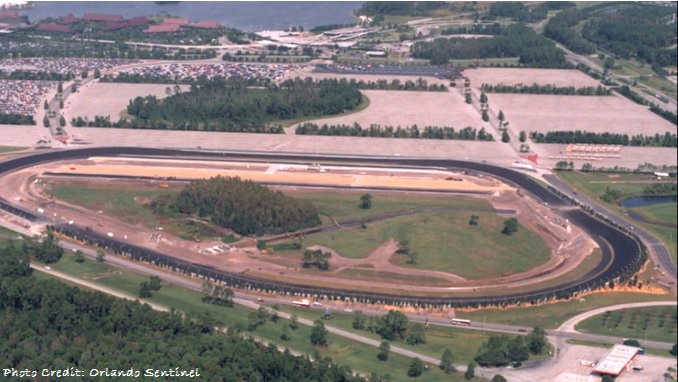 June 16 – The guessing is over about what the fate of the Walt Disney World Speedway will become. Disney announced that they will demolish the facility to make way for additional Magic Kingdom parking. (Link)

June 16 – Guests staying at the Grand Floridian, Polynesian Village and Contemporary will be able to participate in a limited-time test where taxi cabs are offered for free to the following signature restaurants: Artist Point, Jiko and Flying Fish. Disney is conducting this test in hope of better gauging Guest’s interest in resort-to-resort transportation. The test will conclude June 30. (Link)

June 17 – June is construction time for Walt Disney World. Several new filing show that among small maintenance projects, there will be some significant work done on the Space Mountain queue as well as re-roofing buildings in the Norway Pavilion. (Link)

June 17 – A new quick service dining location has opened in Epcot. Located near Test Track, Taste Track will feature specialty grilled cheese sandwiches served with your choice of Tomato Bisque or a side salad. (Link)

June 17 – Another Disney hit is in the getting a sequel. Disney is moving forward with plans for a third installment of the “Princess Diaries”. The question remaining is will Julie Andrews and Anne Hathaway reprise their roles as Queen Clarisse and Princess Mia. (Link)

June 18 – In a super secret location on the Walt Disney World website, it was announced that 2016 Walt Disney World Resort package and room-only reservations will be available online beginning June 22, 2015. (Link)

June 18 – Some users of the Disney Vacation Account encountered glitches which transferred too much money from their credit card or bank account into their vacation account this week. If you were effected by this you can call 407-939-7734. (Link) 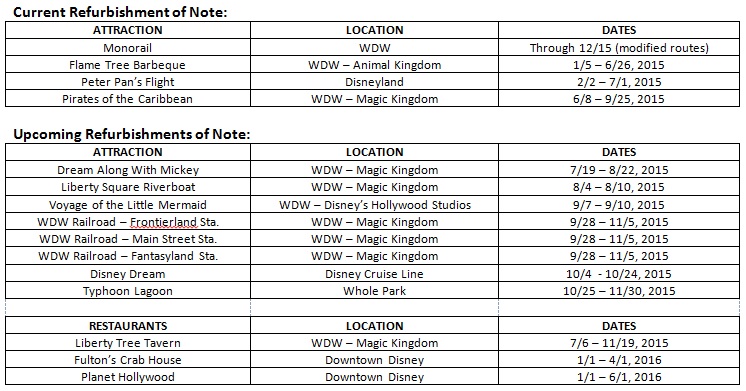