I remember the moment that I realized that I was going to get the opportunity to be in my dream role, and I said, “I just don’t think life gets any better!” You have to take that moment and expand it for as long as possible because it’s such a cool feeling. I just wish it would last forever, and it does, if you let it .“ – Britt Robertson

When you meet Britt Robertson, the 25-year-old actress who stars along side George Clooney in Disney’s “Tomorrowland”, you’re first struck by her bright, bubbly personality whose positivity literally fills up the room. Warm, giggly and humble with absolutely no Hollywood pretense about her, you’d never know from her demeanor or attitude that you were in the presence of what everyone has declared to be “Hollywood’s next big thing.” So just how did the oldest of 7 children from Charlotte, North Carolina come to find herself in the acting profession?

Britt said that she first got involved in acting at the age of 10 when she was home-schooled and started doing local theater as a way for her mom to socialize her. Even though she never got any of the main parts, she fell in love with acting. When she was 14 years old, Robertson moved from North Carolina to Los Angeles to audition for TV pilots. Her grandmother, who she calls “Mama Shue,” came with her as she pursued her dreams. After about a year or so, Mama Shue returned home and Robertson stayed out west and has lived on her own in Los Angeles since the age of 16. It was a brave move that paid off and gradually she racked up an impressive roster of TV credits, before progressing on to the film world and her life is changing again since “Tomorrowland” blasted off into theaters on May 22.

Her journey to “Tomorrowland” was definitely a long and lengthy one: 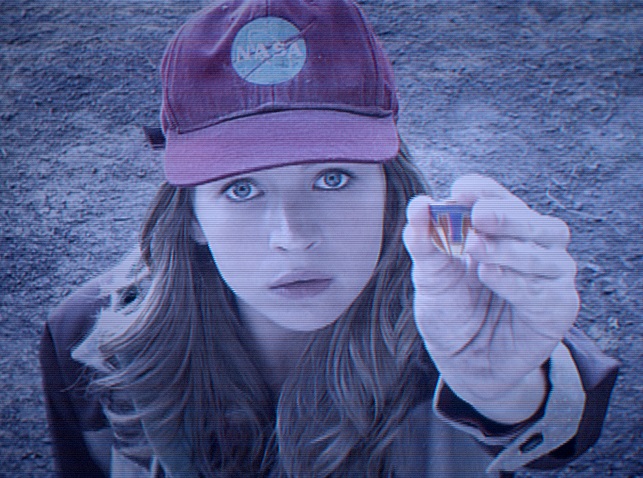 “I started auditioning for the movie three years ago in November of 2012. I had multiple auditions from November to July. It all started when I first sent in a tape from New York and then I went in to audition for Brad Bird a few times and for the casting people and then right around May they brought me in to do a full read with Brad. After that they flew me to Vancouver to actually do a screen test with Raffey Cassidy who plays Athena but it wasn’t until a week later they told me that I got the part.”

So what was it like for Robertson when she finally knew that after several years and multiple auditions later, that she would indeed be playing Casey Newton, a bright, optimistic teen bursting with scientific curiosity:

“When they told me that I was Casey, to be honest with you, it was such an overwhelming moment. It’s something that I still remember in my mind as being the most euphoric feeling that I’ve ever had. I was happy and I was elated and I was crying and I was just so excited. It was such a cool movie to be a part of and I loved the story so much and also just the people attached to it. I just knew that it was going to be a changing point for me in terms of career.”

She went on to explain just what it was about the story behind “Tomorrowland” that made her so passionate about being a part of it:

“There was just something there that when you read the script and the story that stayed with me and I knew I had to be a part of it. First, the story itself is really sweet. It’s an original idea and it’s something that I had never thought about because the themes of the movie cover the future in a new and different way and how we look at our own future. It’s about how we as a society can actually influence our future and make it the world that we want to live in. I thought this was such a powerful message, especially for a young woman to be the lead in a movie like this was really cool for me.”

Just what was it like for this 25-year-old to find herself as the hero of one of the most talked about upcoming summer blockbusters and just who is Casey?

“Casey Newton is a really smart young woman who has always wanted to be an astronaut. It’s her passion and what she and her father have bonded over. Casey has this drive to do big things and change the world; she wants the world to be a place that’s full of hope and inspiration, but she doesn’t know how to make it so. It’s such a great thing to not only get to play the hero of not just a movie like this, but also a Disney film. To be a young woman and having the enormous responsibility to carry a film of this magnitude was really intimidating but luckily Brad Bird is such a wonderful human being. He’s a family man but more importantly, he understands people on a very real level. He gave me the encouragement to be brave and just take it one day at a time, so that was I wasn’t too overwhelmed by being the hero”.

So just how much of Britt Robertson is there in the character of Casey?

“I think her mindset is very different from mine. Maybe not so much anymore because I’ve now adopted a lot of her traits and characteristics because I like her and I just think that Casey is a really cool chick.”

As Robertson shared what it was like to work with George Clooney, Hugh Laurie, Tim McGraw and Raffey Cassidy, her costars in “Tomorrowland”, her respect and admiration for each was obvious: “Working with George going into it, you have all the expectations of a movie star and what that means and if I was George Clooney I don’t know that I would be able to handle it as well as he has. That was one of the things that was so surprising to me is that in spite of being George Clooney he’s just completely himself and he hasn’t been lost in the process of becoming George Clooney. He’s still the person that he wants to be and working with him made me realize you can still be who you want to be in this industry. You don’t have to be tainted by the process or the people. He’s so professional and I just learned a lot from him.”

“Hugh Laurie is just such a gem. I remember being in the makeup trailer with him because I was often there when he was going through his own hair, makeup and wardrobe and every day it was just like a new fun fact about life, but not even a fun fact. He would give you like stories and theories on life. He’s so informed on everything that’s going on and I looked at him like a book of knowledge. He’s very talented, musically, and just incredible in every way.” 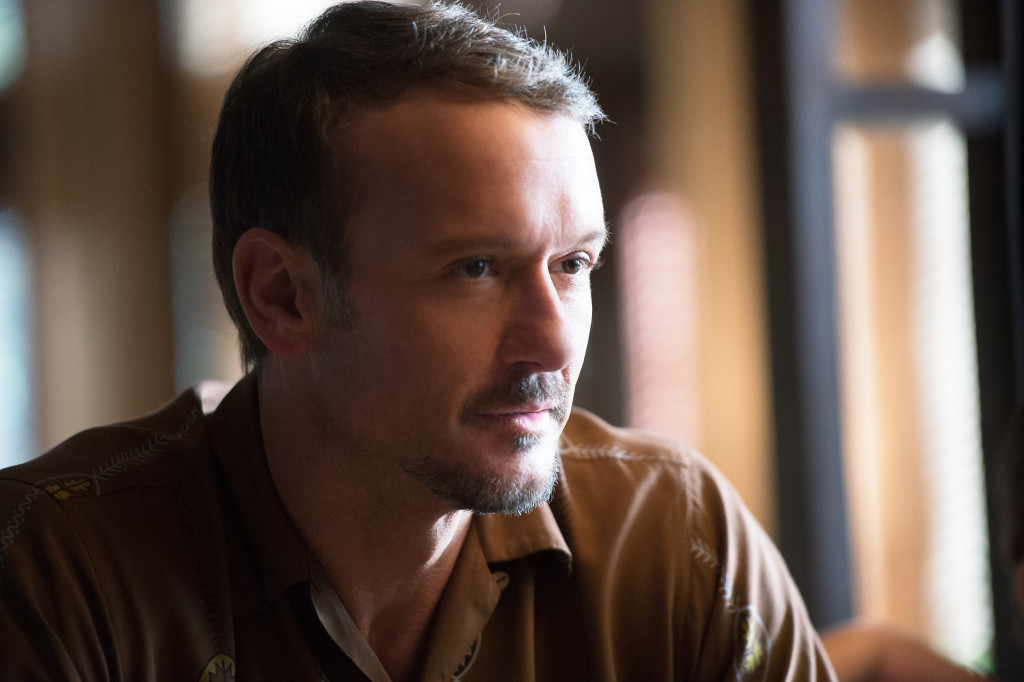 “I love Tim McGraw like nobody’s business. I’m a huge country fan. In fact, when I first met him, I think I may have ‘attacked him’. I was like ‘You have no idea how much I love you. I love your music, I love your wife, and I think you‘re the coolest!’ Tim is such a sweet man but more importantly, he’s like a family man. When he would talk about his three daughters, just hearing his stories about them was really sweet. I got to pretend I was his daughter for a second and it was so incredible.”

However, it was when she began to talk about her younger co-star Raffey Cassidy, that Robertson became very reflective. It was obvious to see that it was Raffey who had the deepest impact on Robertson, especially after she learned that Raffey had just shared that Britt was her biggest role model. 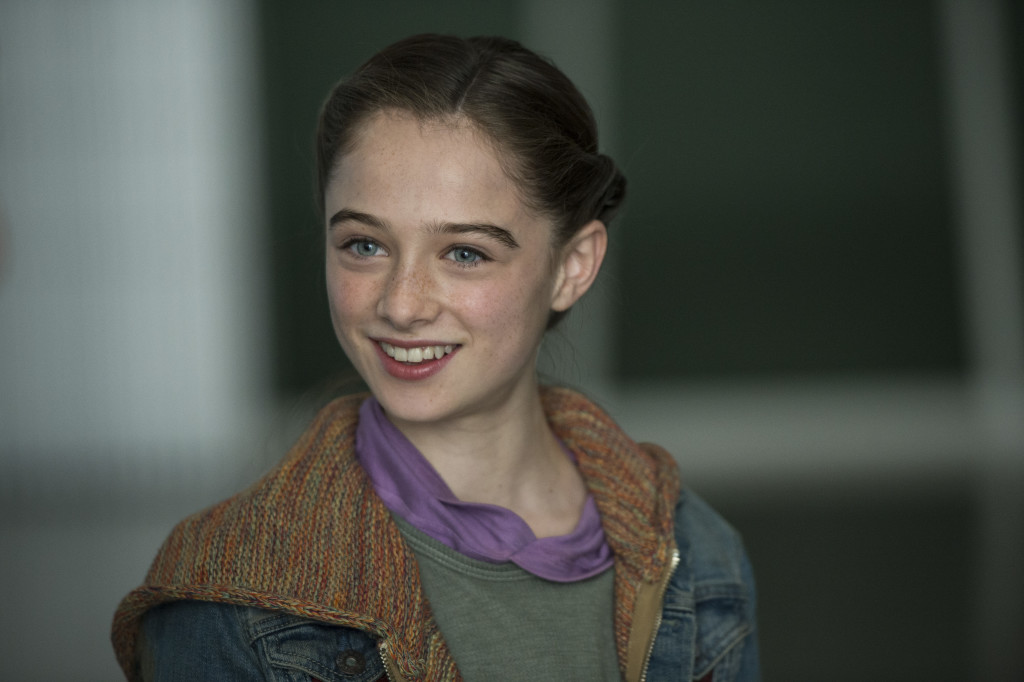 “Raffey just gives me the chills. To see her professionalism and her spirit throughout the entire film no matter how long the day was, no matter what they were asking of her, physically, emotionally, she just did it and she always did it to the best of her ability each and every time. I think that’s a huge lesson for me.”

For Britt, like so many of the others in the cast, the opportunity to work with Brad Bird was one of the biggest reasons for wanting to be a part of Disney’s “Tomorrowland”.

“Originally, even before I read the script it was Brad Bird who made me want to be a part of this project. I think he’s a genius of a man and he’s a really original writer and creator and is just awesome in every way possible. He is a really great director and unlike anyone else I’ve ever worked for. He comes from animation so his vision on story is unlike anyone I’ve ever met before. It’s incredible to be in his presence on a daily basis, to hear what he has to say and collaborate with him. I just completely trusted Brad and I knew that his vision is the vision that we were going to bring to life.”

What does Robertson hope that audiences will experience from this movie? 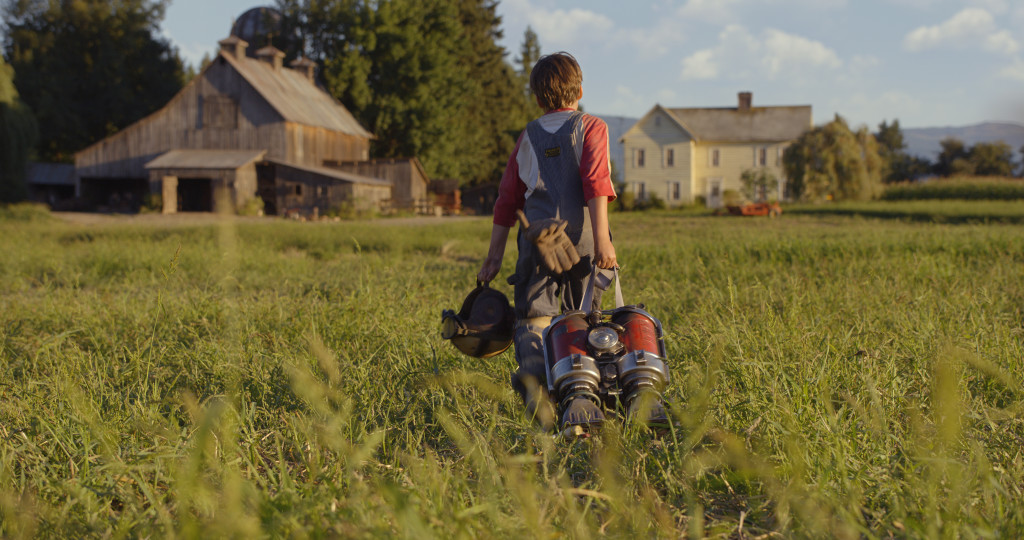 “I hope that audiences will have a really fun ride and that it’s an adventure for them. But more importantly, I hope that they will come out of the theatre thinking, Yes! Let’s make a change! Let’s dream of a difference. Let’s come up with something good that’s going to influence the world and make people feel good about the future.”

I know for me personally, after meeting and talking to Britt Robertson there is no doubt that the future is going to be just fine. And after you see Disney’s “Tomorrowland” I know each one of us will start our own journey to change the world. “Tomorrowland” begins to change the world May 22.