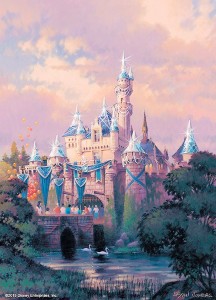 When Disneyland opened in 1955, it was the realization of Walt Disney’s long-held dream of creating an immersive experience offering fun attractions for families to enjoy together. Now, sixty years later, Disneyland is one of the world’s biggest tourist attractions with more than sixteen million visitors each year. To commemorate this anniversary, Disneyland will debut a new parade, a new fireworks show, and a sparkly makeover complete with a bejeweled Sleeping Beauty Castle. Also included in the celebration, Disney California Adventure will feature a new “World of Color” show and sparkling decorations of its own. 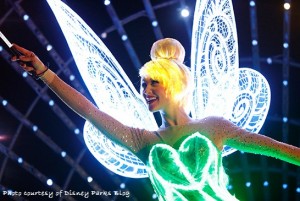 Starting May 22, 2015, Disneyland guests will be mesmerized by “Paint the Night,” the new nighttime electrical parade. This parade is a fully-LED parade with more than 1.5 million LED lights and will also include innovative interactive features. The new fireworks show, “Disneyland Forever,” will take projection technology to a new level. This show will incorporate several areas within the park creating a virtual canvas for the amazing digital projections. There will also be two new songs for this dazzling presentation including one by legendary Disney songwriter Richard Sherman. Guests will also appreciate the diamond-themed décor throughout the park with glistening decorations, banners, and specialty merchandise. 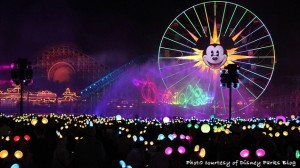 In Disney California Adventure, the spectacular “World of Color” show gets a makeover as “World of Color – Celebrate! The Wonderful World of Walt Disney.” This nighttime water show will tell the story of Walt Disney and Disneyland with the addition of new scenes and effects to the already amazing array of lasers and water screens. The Carthay Circle Theater in Disney California Adventure will also receive a sparkly makeover with a diamond medallion and décor.

My family visited Disneyland in 2005 for the fiftieth anniversary. We particularly enjoyed the special events, décor, and merchandise offered during our visit. If you are considering a trip to the Disneyland Resort, I’d highly recommend planning a visit during this spectacular sixtieth anniversary celebration!