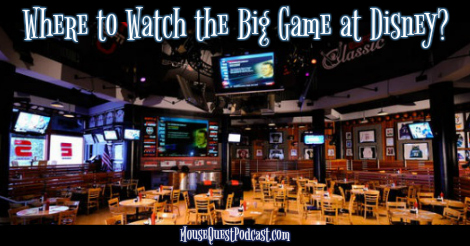 I’m a sports guy. My family… not so much, but the one sporting event we all watch is the Super Bowl. Admittedly, some are more interested in the commercials and entertainment than the game itself.

So, where would we watch the big game if we happened to be in Walt Disney World on Super Bowl Sunday? To be honest, my family might opt for the Theme Parks and I wouldn’t blame them. However, if I absolutely had to watch the big game, I’d want to do it in style.

There are three requirements for watching the Super Bowl:
1. TV, the bigger the better.
2. Food and drink, preferably finger foods.
3. People. It doesn’t matter if they are your family or complete strangers. 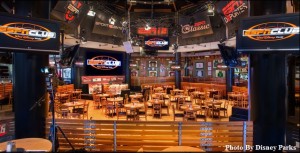 With those criteria in mind, the most obvious choice to watch the Super Bowl would be the ESPN Club at Disney’s BoardWalk. On Super Bowl Sunday, this place is guaranteed to have the most food and drink flowing, the most TVs, and the most people. It will also be hard to get in. People will be lined up for hours before kickoff in hopes of getting a table inside.

So, what are some fallback options? There are plenty of themed restaurants with bars or lounges with TVs that will have the big game on. Here’s a few that I like:

Big River Grille & Brewing Works (Disney’s BoardWalk) – The brews are plentiful and there’s plenty of food to pick from as well.

Tambu Lounge (Disney’s Polynesian Village Resort) – Give the Super Bowl a Polynesian flair by drinking out of a pineapple! Honey-coriander wings are a different take on the classic, and there’s the famous ‘Ohana bread-pudding for dessert!

Shula’s Lounge (Walt Disney World Dolphin Hotel) – There’s no food menu, but I have to put this on the list for being a lounge dedicated to the coach and team with the only perfect season in NFL history: the 1972 Miami Dolphins.

No matter which venue you choose, enjoy the game, and remember to catch the parade at the Magic Kingdom the next day. You might just see the Super Bowl MVP! 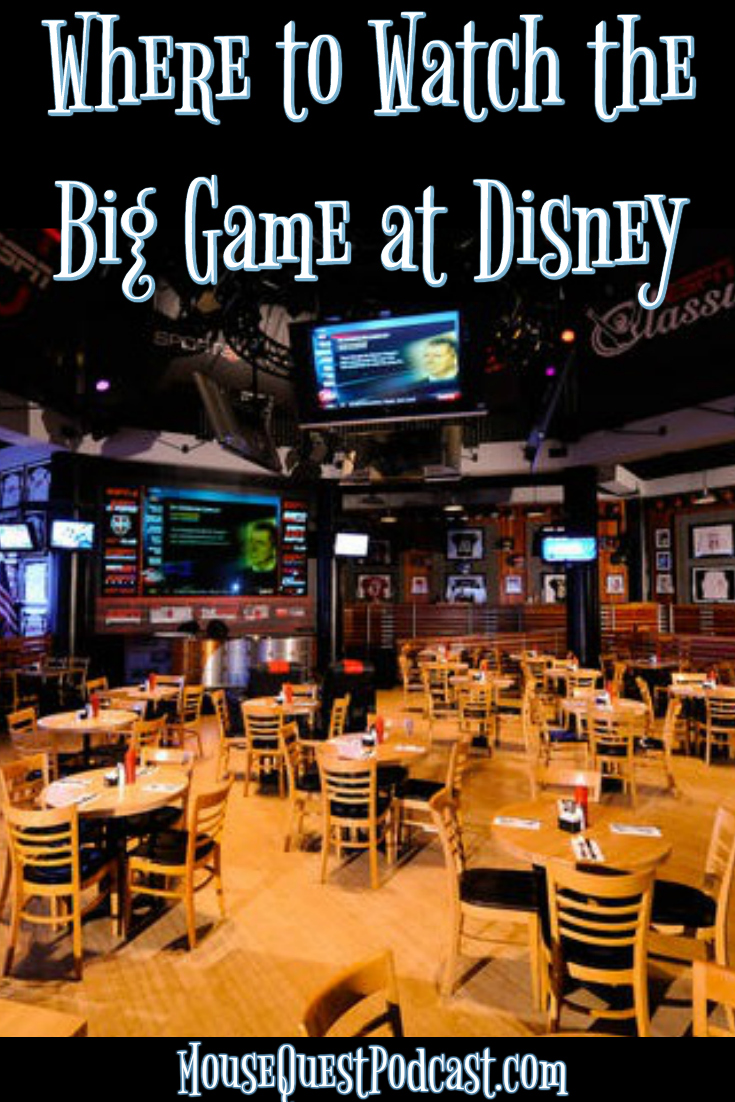