Walt Disney World® has seen quite a few exciting announcements released in the past couple of weeks so I thought I would take a few minutes to highlight them all in one place.

In Epcot, some chilly changes are being made at the Norway Pavilion. On October 5th, the Maelstrom attraction will be closing permanently. Maelstrom is being replaced by a ‘Frozen’ themed attraction projected to open in early 2016. Although Arendelle is a fictional location, much inspiration was taken from Norway in the development of the movie. In addition to the new ‘Frozen’ attraction, there will also be a ‘Frozen’-themed meet and great. This announcement has brought some controversy as the Maelstrom attraction which opened in 1988 and is a favorite among many guests. I, personally, loved the Maelstrom ride but think the Norway Pavilion is a perfect location for ‘Frozen’. Although it is always hard to say good-bye to the old, I think this transformation will be a great addition to Epcot. I am anxious to see how the Imagineers will incorporate ‘Frozen’ and Scandinavian traditions. 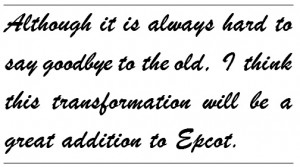 Like Epcot, Hollywood Studios has an attraction permanently closing. The Backlot Tours attraction is closing at the end of September. There is still speculation as to what the area will be used for, nothing official has been released. We do know that Wandering Oaken’s Trading Post will be relocating to the area. This is a store centered on all things ‘Frozen’. The Trading Post will be near the “For the First Time in Forever: A ‘Frozen’ Sing-Along Celebration.” While we don’t know what will the future holds for the area, it is speculated that some major changes are coming to Hollywood Studios. I am curious to see how they will update and add changes to this park. Know that MouseQuest will keep you updated as soon as we know the plans!

Not quite as popular as ‘Frozen’, but I was excited to see Pandora will be adding Disney charms. If you are not familiar with Pandora charms, they are a popular charm bracelet that you can customize. It was recently announced that this fall Pandora will be releasing sixteen Disney-inspired charms. This announcement caught my eye because I love shopping at Disney! On any given day you can find one or more of my family members sporting Disney apparel. For myself, I personally enjoy items that are practical, nice and a little bit unique. The charms will first be available at Walt Disney World and Disneyland and there is a charm for each of the parks. My personal favorite is the Mickey Mania but it is hard to choose. Look at how cute they are! I am so excited for this special addition of Disney fun. 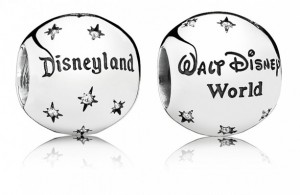 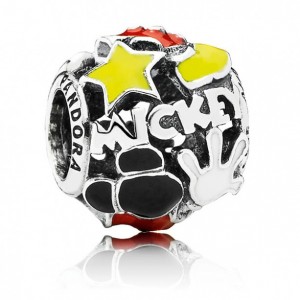 More than shopping at Disney, I treasure our family Disney photos. It was just announced that on the Seven Dwarfs Mine Train they will have photos and videos of your experience. Yes, videos! When Memory Maker is attached to your Magic Band your video from the Seven Dwarfs Mine Train will automatically be added to your My Disney Experience account. In addition to the video, Memory Makers will provide you all photos taken by Disney photographers and on attractions throughout the parks during your stay. You can purchase Memory Maker at the parks but when pre-purchased, at least three days in advance, you save $50. Of course with the $50 savings you could go shopping (see above)! Memory Maker is always on my to-do list before a Disney vacation. I love Memory Maker because I can let Disney photographers capture some great shots and I can enjoy the special moments with my family. I can’t wait to see the included videos from the Mine Train on our next visit.