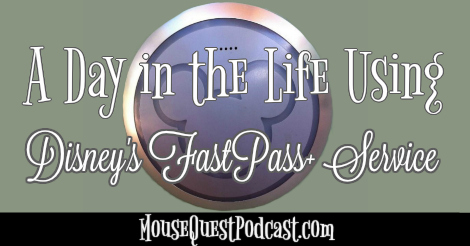 I’ll be the first to admit that I wasn’t completely sold on Disney’s FastPass+ Service when it was first introduced. I had the preconceived notion that selecting our FastPass+ attractions two months in advance would eliminate my family’s spontaneous touring style.

Since then, I have been able to use it several times now and nothing could be further from the truth. So let’s take a look at our day at the Magic Kingdom in the middle of June (a typically busy time of year) using Disney’s FastPass+ Service.

With the new FastPass+ service we were able to sleep in, leisurely stroll into the park at 9:30am after a character breakfast, ride Jungle Cruise and Pirates of the Caribbean before our 10:00am FastPass+ selection on Splash Mountain. However, when we arrived at Splash Mountain the standby wait was only 10 minutes which is typically the time is takes to walk through the entire queue.

Instead of wasting that FastPass+ selection on a ride with virtually no wait we chose to ride standby and use that FastPass+ selection on another ride. Using the My Disney Experience app on my iPhone, we changed that attraction to Peter Pan’s Flight at 1:10pm. As a bonus when we exited Splash Mountain the wait was still under 15 minutes so we rode again. (Note to self: Walking around the park in wet undies is not a preferable park touring method.)

At 11:00am we walked over to Big Thunder Mountain to use our first FastPass+ selection of the day. By the time we exited Big Thunder the crowds were starting to descend on the Magic Kingdom yet the wait times were still relatively low especially on the non-headliners. We were able to ride the Haunted Mansion, It’s A Small World, Under The Sea, Dumbo, Mad Hatter’s Tea Cups and Buzz Lightyear Space Ranger Spin all in approximately an hour and a half.

When we stepped out of Buzz Lightyear the skies to the west were getting VERY dark so we knew it was time to eat. We hurried across the park to our favorite Quick Service restaurant, Pecos Bill’s. This gave us some time to reflect on our day so far. It was 12:30pm and we had ridden four headliners (one twice) and six minor attractions in three hours all only using one FastPass+ selection. Not a bad morning as far as the Magic Kingdom in June is concerned.

After waiting out the rain we headed to Peter Pan’s Flight at approximately 1:50pm. (Our FastPass+ return time was 1:10pm – 2:10pm.) Since our next FastPass+ selection was not until 5:30pm we decided it was time to shop! We typically didn’t get much time to shop using the legacy FASTPASS system as we always seemed to be criss-crossing the park to either ride an attraction or pick up our next FASTPASS. We even ran back over to Splash Mountain to find the wait was only 25 minutes so the girls rode again. (Can you tell what their favorite ride is?)

At 5:00pm we headed back to New Fantasyland to check out Big Top Souvenirs before climbing aboard Seven Dwarfs Mine Train. By 5:45pm we were ready for a break for dinner before returning later that evening for Wishes and the Main Street Electrical Parade.

I call this a practically perfect Disney day!

Other observations throughout Walt Disney World:

• Rides with historically long waits now seem to have shorter lines. A good example of this was Star Tours. A periodic check of the wait times during our visit revealed the wait to hover around 10-20 minutes. This is a dramatic reduction from the pre-FastPass+ era.

• If a ride is closed during your FastPass+ time you will receive an email to the address registered on the My Disney Experience account telling you the other options you have available.

• The combination of arriving before 11:00am and Disney’s FastPass+ Service will allow you to experience almost any attraction you want with plenty of time to go back to your resort for an afternoon swim.

• Try riding Seven Dwarfs Mine Train through the Standby Queue at least once. The games and fun activities in the queue are well worth the wait. 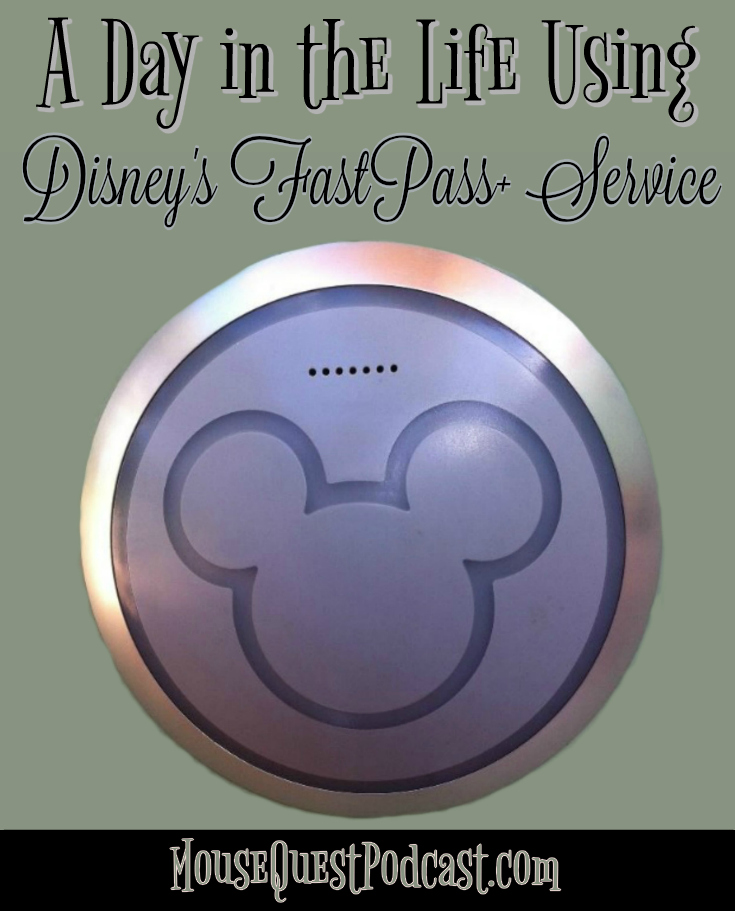